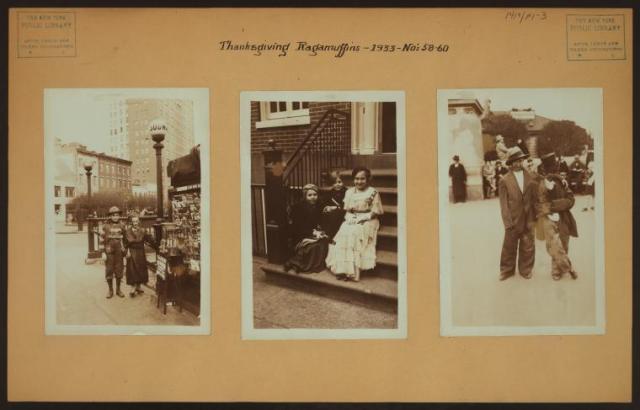 Happy Thanksgiving! Yours truly is celebrating the day with family and friends, eating turkey and watching the 2015 edition of the Macy’s Thanksgiving Day parade. This parade has been a stable of my “Turkey Day” since I was a wee lil lad. But as I watched today, I started wondering, “How did this parade get started?” So, off to the faithful Google for a little research (’cause if it’s on the Internet, it has to be true, right?).

A little search brings up the NBC history of the parade. It started in 1924 in New York City. That sounds old, but it is tied with the Detroit America’s Thanksgiving Parade for the second-oldest Thanksgiving parade in the United States. The top honor goes to the Dunkin’ Donuts Thanksgiving Day Parade in good old Philadelphia, which kicked off in 1920. Macy’s had a large population of immigrants working for the company at the time and they wanted to show their love for America. Thus, in 1924, they marched down 34th Avenue in New York, with costumes, floats, animals, and even St. Nick himself, who was crown “King of the Kiddies” that very day. The success of the event helped make Macy’s an even larger name in the city and spurred the annual event we have grown to love.

But a little deeper look brings up a more haunting history. Prior to the pomp and pageantry, Thanksgiving Day was very much like modern-day Halloween. A search through the galleries of the New York Public Library shows children in what appears to be costumes, walking down the streets of the Big Apple. The pictures, called “Thanksgiving – Ragamuffins,” show people, mainly children, in oversized costumes, dirty makeup and masks. The tradition started in the 1870s as a way for children to get gifts. They would walk door to door, asking people, “Anything for Thanksgiving?” and would be treated with money, apples or pieces of candy. This tradition lasted until the 1950s, when the marriage of begging for candy was married to Halloween, permanently.

So, while you celebrate this holiday, just remember that if it was not for the tradition of Trick or Treating, we might not have the annual Thanksgiving parade we have all grown to love. Happy Hallow-Thanksgiving all, from #HauntLife!