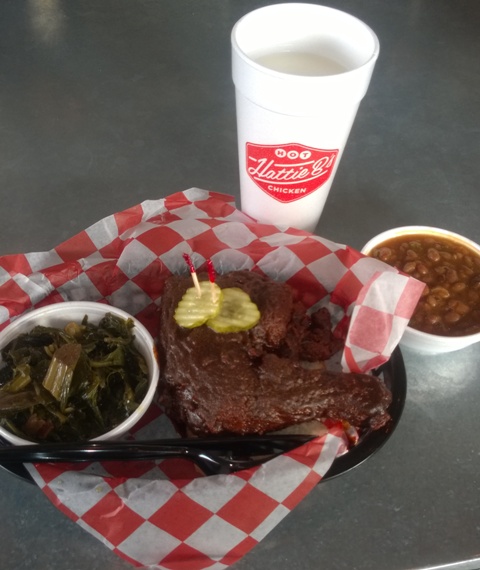 Per Matt
Growing up in Middle Tennessee, I’m more than a little embarrassed to admit I’ve never tried Nashville Hot Chicken locally (although I tried it in Atlanta, once). It’s about time I fixed that problem!

As a fan of spicy foods, I love testing the limits of my palate. In the past, I’ve attempted several Man vs. Food challenges, survived McGuire’s Terrible Garbage Burger Challenge and even won eating contests, so it didn’t take much convincing to give it a shot.

Recently, I was told Hattie B’s has the best Nashville Hot Chicken around, so I went ahead and planned a visit.

Last week, since I was visiting Midtown, I chose to visit the restaurant’s location on 19th Ave. South, near Vanderbilt University Medical Center. Parking was limited, but I managed to find a metered spot along a side street, a few blocks away.

Apparently, the lunchtime crowd had already arrived, creating a line that snaked out the front door and into the neighboring parking lot. The wait time wasn’t too bad, but I was quite hungry by the time I placed my order. 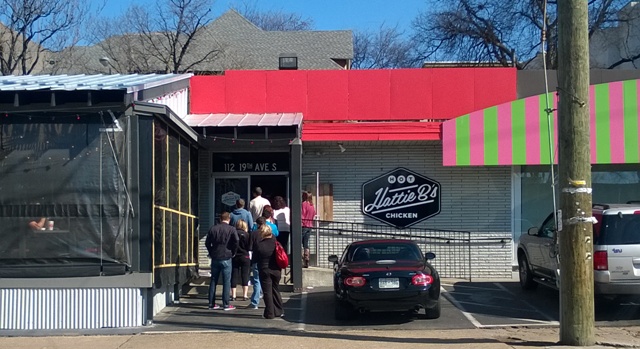 With this being my first visit to Hattie B’s, I wasn’t exactly sure what to order. This restaurant’s specialty is offering a wide variety of soul food and comfort food. The only thing I knew I definitely wanted to try was their hottest sauce. And when it’s called “Shut The Cluck Up!!!” you know you’re in for some fire!

While in line, I asked the guy in front of me for advice. He told me to, “Man up,” and get the largest possible plate with the hottest level of heat imaginable. Then he proceeded to order his entire meal with the mild sauce. After promptly giving him Hell, just as he did to me, he ordered half of his meal mild, half Shut The Cluck Up!!! What a wimp.

I ordered the Small Dark Plate, which included a chicken leg, thigh and two side items. My choices: Southern Greens (great!) and baked beans (good). I figured I’d want to eat a meal that had the smallest surface area to deal with all the spices. After my meal, I was very happy with my choice.

Eating at Hattie B’s is definitely a shared experience. Seating at the restaurant is confined to a row of booths and tables inside and a bunch of picnic tables outside the main restaurant, currently in an enclosed-porch area. That means if you’re not with a big group of people and you plan to eat at the restaurant, you will have to share a table with complete strangers. So, while waiting for my food, I chatted with my neighbors. I had put one hour and 15 minutes into my parking meter and started getting nervous when I only had 20 minutes of time left and hadn’t received my order yet. Once it arrived, I quickly dove in.

Taking a deep whiff of the steaming-hot food was all I needed for my nostrils to ignite. I was deathly afraid my asthma would kick in while eating the super-hot chicken, which would have caused all sorts of breathing problems. I made sure to eat my side items first, hoping my empty stomach would be able to tolerate the heat with some padding. Next up: the main course!

By the time I bit into the bird, it had cooled and was much easier to digest. After the very first bite of chicken, you can’t slow down, or else your stomach will pay dearly. Needless to say, I was eating very quickly. 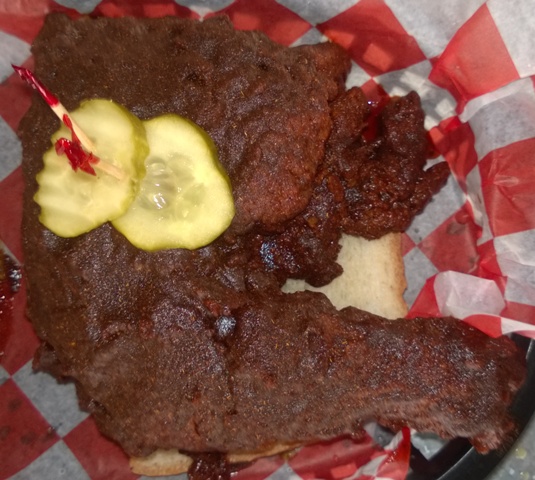 The cayenne-pepper crust covering the chicken is incredibly dense. Tasting only a little bit will instantly dry your throat… and will make you immediately start sweating. For this reason, it’s imperative to have an extra-large glass of milk handy. Water (or beer) will only increase the heat; milk won’t.

I made a point not to touch my face or phone while devouring my meal. Unfortunately, I made that mistake before. Previously, while eating some habanero hot sauce, I inadvertently rubbed my eye and temporarily went blind. It hurts so much, it might as well be pepper spray. I will go out of my way to never experience that pain again, that’s why I made sure to eat the chicken with a fork and a knife.

After struggling with the first few bites — which were the worst — my mouth numbed the pain. I didn’t sweat as much as I did in past food challenges, but my nose was running, my eyes were watering and my throat was burning.

The chicken was served atop a lone slice of white bread. By the time I got to it, the heat and the sauce had eaten right through it, reducing its size dramatically. The only things that remained from my meal were some inedible grizzle bites, along with dense pieces of crust, which really didn’t taste like much, when eaten alone. 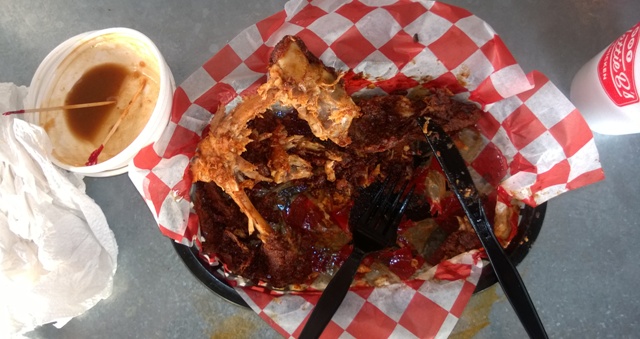 Once I finished my meal, I made a bee line to the bathroom and got an ample amount of soap to wash away any remainders of the sauce from my hands. Forty-five minutes later, my breathing returned to normal. I was a little dehydrated, suffered a bit of heartburn and hoped for a nap. The next day, my stomach was still in knots, but eventually it settled.

I really enjoyed Hattie B’s Nashville Hot Chicken. It’s definitely unlike anything I’ve ever eaten before. The next time I visit, I’m definitely trying the banana pudding! It looks amazing! 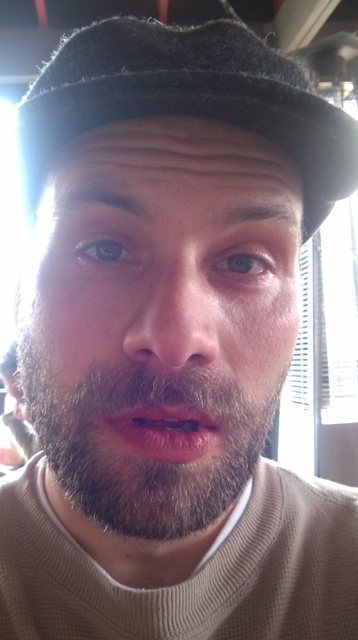