Haunt Season Is Upon Us At Nashville Nightmare 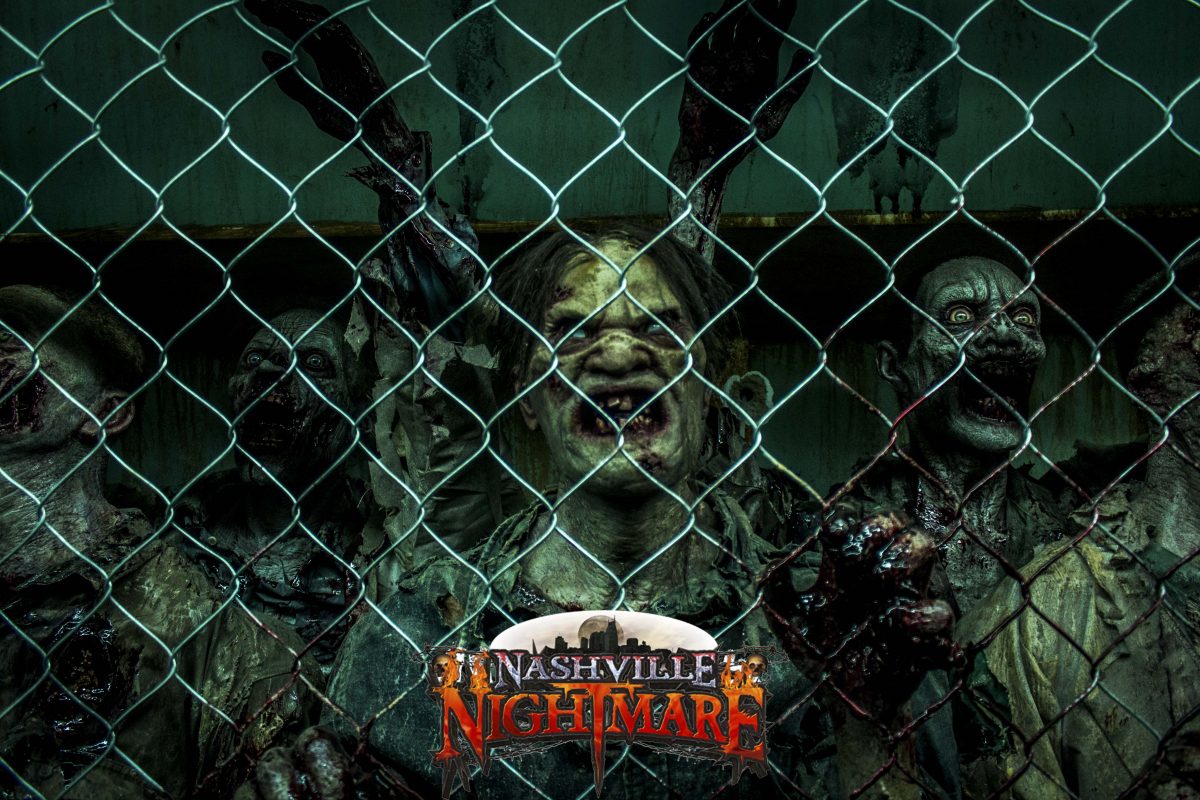 Greetings, fiends! Welcome back to another installment of #hauntlife with your ghoulish host, Jason Kittrell. I know it has been a long time since my last post, but wow, a lot has changed in my #hauntlife.

Since last we met, I have gotten married to my one true love. I knew it the moment I laid eyes on her. She was a new actress at Monster Mountain Haunted Attraction. I was the creative director, ready to crush or make the dreams of the newbies who had arrived for rehearsal night. It was a match made in heaven, even though her monster acting skills were not too great (she is too good a soul to be mean, I think). After four years of being together and bringing our beautiful baby girl into the world two years ago, we finally tied the knot on September 4th, one of the best days of my life.

If that wasn’t enough to keep me busy, September marks the beginning of the Tennessee haunt season. Unlike a lot of places around the country, Nashville haunts tend to open their doors right after the Labor Day holiday. So, most of the haunted houses here have about 20 nights of action, compared of the 10 to 12 most haunted attractions around the country employ. Puts a strain on staff, so when I say that some of the most dedicated scare-actors and haunters work for the area attractions, I am stating that with a little proof.

This year, I have had the pleasure of being hired by the largest and highest-rated haunted attraction in Middle Tennessee, Nashville Nightmare. While not in the upper-level of roles I have been accustomed to over the past few years when I was part of the creative process, I get to lend my talents in the technology world to this great haunt. From running the website to helping the ticket lines, you’ll find me having some fun there.

Nashville Nightmare 2016 represents the sixth year of operation for this attraction. Hard to believe that in 2010, this massive haunted house was only in one area of the Madison Square Shopping Center that it calls home. That year, guests got their first taste of things to come. Cutting-edge special effects, impressive characters, and animatronics frightened and terrified those who braved its inner halls. Every year since, Nashville Nightmare has increased its footprint on the Nashville haunt scene. This year, they have more than 50,000 square feet of space, taking up the entire bottom floor of the building they occupy. To put that into perspective, that is more than one acre of space and the creative minds here have used every inch they could, to bring a haunt experience the likes Nashville has never seen.

So, what fills up this acre of anarchy? Glad you asked. Nashville Nightmare consists of four haunted houses in this space. Visitors will begin their terror tour with a fan favorite, Horror High. The teachers here don’t just give dirty looks. They give heart-stopping scares, along with the entire student population. Once you pass your final exam, you are ushered by military personnel into Industrial Undead, our take on the classic Zombie Apocalypse settings seen in movies like Resident Evil and Day of the Dead. In the government compound, an experiment to create super soldiers has gone awry. Now the hallways are filled with mutated undead fiends, ready to rip you to shreds. Hope your guide has enough ammo and grenades to get you through to the end.

Should you make it out of the first building, your journey continues back into the original building that now houses Night Terrors. Night Terrors may be the oldest haunt offered by Nashville Nightmare, but it is also the largest of the four. Journey into the darkest corners of hell, as you survive gigantic monster attacks, a ride in the hellevator and a trip through the Sanitarium of Westin Hills. There are non-stop thrills and chills from start to finish. And finally, you will find yourself confronted by the aged storyteller in her rocking chair. This creepy hag will greet you and send you on your way into Fairy Tale Hell. These aren’t the feel-good stories you heard as your mommy tucked you into bed. The creative team has twisted every story imaginable into a nightmarish version of itself. Snow White’s seven dwarfs may have been cute and fun, but in our world, they mined too close to hell and now are possessed by evil. The Big Bad Wolf may have died trying to get Little Red Riding Hood, but in our world, he thrives on the blood of his victims to this day. And don’t even get me started on Alice in Wonderland. These and other stories come to life inside our final attraction.

Nashville Nightmare is opened every Friday and Saturday, now through the end of October. Also, we have some select extra nights that we will open the gates. Times, dates and ticket information can all be found here. With prices starting out at $30 per person, this is the best haunt value in the area (only $7.25 per person per haunt), as well as being the best haunted house in Nashville. You won’t be able to beat this attraction’s appeal.

Yeah, I know. This blog sounded like a big commercial for Nashville Nightmare. And yes… yes it was. But only because I believe in this place so much. I feel that this haunted house has the makings of haunts on the same lines as Netherworld, 13th Gate and Pennhurst Asylum. Will it ever be at that level? I sure hope so. But if not, I am still proud to be a member of such a great attraction, with some of the best haunters in the business today.

So, until next we meet, have a great #hauntlife!