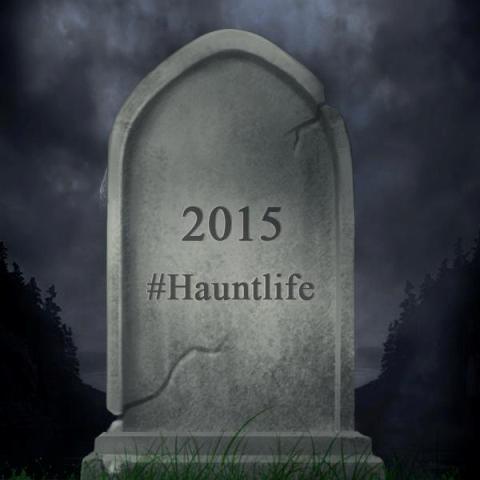 As we move into the new year, it is time to reflect upon the year that was 2015. Lots of great things happened in the Tennessee haunt world, but with great strides comes momentary slips. Luckily, time has taught me many things, including the closing of one door is the opening for something new.

My company, Sinister FX Studios Inc, took on a name change this year, as well as a change in direction. Originally, I planned on this being a full special-effects shop, creating props and products for haunted houses and theatrical companies. But as I have become a full-time dad and future husband, I find my time to spend in a shop working with latex and PVC pipes severely lacking. A change of focus was needed. While I still can do those things on a small scale, I started looking into something I am decent at: Technical support. So, I shrank the name to SFXSI, began building some nice, affordable websites and added 3-D printing to my arsenal. And, like they say, Life… Is… Good!

I also started my second year on the tech/design team for Death Yard Haunted Attraction, here, in Hendersonville, TN. I worked with some amazing people there, including owner Carroll Moore, FX makeup artist Matt Scott, costume designer Brittany English and some fantastic actors. Matt and Brittany definitely are incredibly talented people who are going to go far in the business.

Death Yard Haunt made huge strides in attendance this year, but, unfortunately, not enough to stay open. The decision was made that we had to hit a specific number, and if we didn’t, we would save face and close down at this location. We came close, but not close enough. It was hard for all of us to say goodbye, but like I said earlier, it is not a goodbye forever. It’s more like a “see you in a few years.”

One of the brightest points in this season is that Nashville Nightmare was voted as one of the top haunted houses in the country by Coaster Nation, a group of attraction enthusiasts. The team there is top notch. I cannot say enough good things about what Brad Webb has done there. He has made Nashville a haunted-house destination in the South, much like Ben Armstrong did with Netherworld in Atlanta. I expect only continued, amazing success for the Nightmare crew.

2015 was a great year. Sure, it had its ups and downs, but that is life. In fact, you could say that it is #hauntlife (shameless name drop there). Check back soon. At the end of January, Hauntcon is scheduled, and as of right now, yours truly will be there!