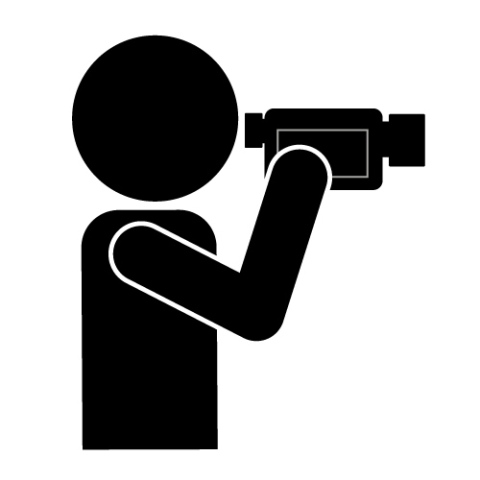 Per Matt
During the early ’90s and the mid 2000s, found-footage films were all the rage. Spanning different genres, there were no true limits for the format, but with the arrival of 2016, the state of cinema is obviously headed into a new direction. So, the question must be asked: Are found-footage films dead?

After watching The Gallows this past weekend — a found-footage film where a new horror icon terrorizes teenagers within a high school — I began wondering what was next for the genre. The movie goes out of its way to depict a main character who’s documenting everything with a handheld video camera (although there’s never any reason given as to why he’s doing this, with the exception of embarrassing a fellow student). It’s one thing to have a movie show certain scenes from a first-person perspective to ramp up the on-screen drama, but an entire movie of this (especially filming illegal actions that would surely incriminate everyone involved) felt contrived.

What was a fresh, new trend only a few years ago, now seemingly feels stale. Filmmakers previously used it to differentiate their storytelling techniques… now it feels like it’s a crutch. Adding insult to injury, I tend to like quite a few stories that have used this technique, but the shaky camera gets old very quickly with you’re prone to motion sickness.

The Blair Witch Project is one of the most successful found-footage films ever. Filmed with an estimated budget of $60 million or less, the movie grossed more than $100 million back in 1999, spawning many imitators. Paranormal Activity (along with all its sequels) replicated the Blair Witch format: Film a horror movie with a shoestring budget using the found-footage format (utilizing some decent scares) and add a strong social-media presence to create a successful film (as well as an eventual franchise). I’ve been a fan of Blumhouse Productions ever since the company began releasing movies. It often utilizes the found-footage technique, with Paranormal Activity, Sinister, Insidious, The Purge and The Gallows among the movies it has released.

Within the science-fiction and fantasy genres, Apollo 18, Chronicle, Cloverfield, Project Almanac, REC and Quarantine all worked the found-footage element into their storylines with various success. The supernatural realm is represented as well, with the aforementioned Paranormal Activity movies, The Last Exorcism movies, The Bell Witch Haunting, The Taking of Deborah Logan, As Above, So Below and many more.

Unfortunately, many of these films’ screenwriters didn’t spend enough time crafting well-rounded characters. Their attention may have been focused elsewhere, such as creating bigger and better scares for the audience. As a result, too many found-footage movies utilize unlikable characters who the audience never connects with, often cheering for their deaths. Sadly, I’ve found myself actually rooting for the villain in these movies way too often. Whether they lacked the experience to write better characters or they simply didn’t care, this is a big criticism that happens too frequently with films of this format, which can ultimately kill an audience’s interest.

On one hand, found-footage movies rose to prominence because they can be filmed cheaply, without needing a huge camera crew. Indie films use handheld cameras to keep costs down, reducing overall budgets. On the other hand, excessive shaking often takes the focus away from the storyline, which is very distracting. It’s also very annoying when you’re susceptible to motion sickness, like I am.

Taking a quick look at the upcoming movies of 2016, I don’t see too many found-footage films, but that doesn’t mean there won’t be any released throughout the year. Generally, I choose movies to watch based on the storyline, not the camera technique. Once I’m already sold on seeing a film and I’m either sitting in the movie theater or have already rented the movie and pressed play, I won’t turn away from it when I discover it’s a found-footage film. But that doesn’t mean my stomach will appreciate it, either. It’s a tricky balance that must be weighed by both the filmmakers and audience that can ultimately decide whether the movie is successful… or can make one retch a stomach full.