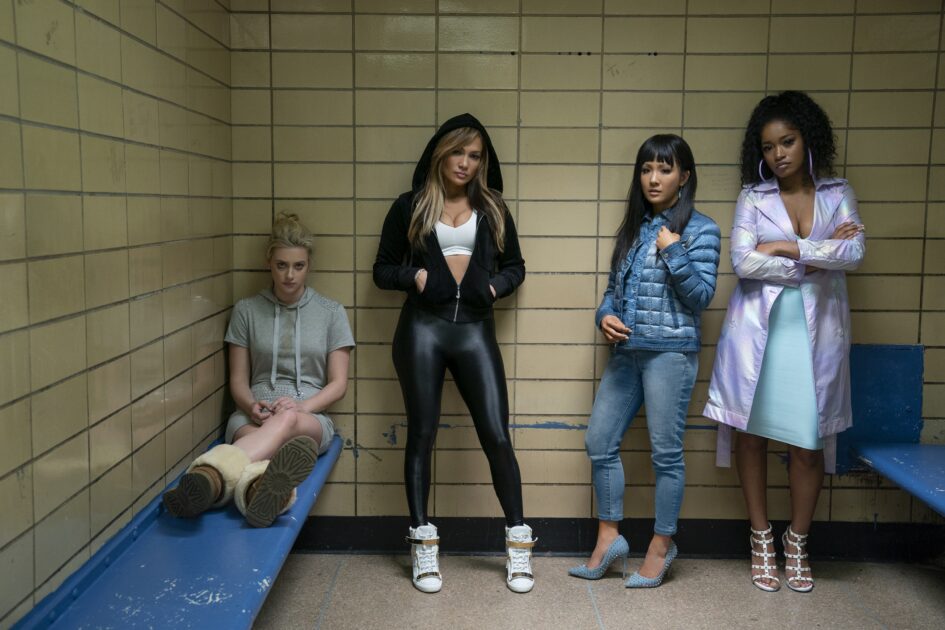 Per Matt
Buckle up: Here we go again. Every movie that’s aired during the past year is vying for the attention of awards shows, with the three strongest words of the cinematic world being, “For Your Consideration.” Hustlers just happens to be one of the rare movies that charmed audiences and film critics alike, hauling in $150 million at the worldwide box office and it should surprise none that serious conversations are linking the film with various awards nominations. Much like its aggressive characters brought to life on the big screen, Hustlers‘ filmmakers seem to be taking ownership of their future (while managing their current success) — just like the film’s main characters — and reaping plenty of goodwill and publicity in the process.

Hustlers is a story of control: Taking control of your life and controlling your success, which sometimes means doing it by any means necessary. Jennifer Lopez, Constance Wu, Keke Palmer and Lili Reinhart star as New York strip-club employees who take advantage of their high-spending Wall Street clientele. A more experienced J.Lo takes struggling newcomer Wu under her wings and eventually they build their success by being con-women, but they always look out for one another… until a major disagreement emerges. That’s when J.Lo bares her teeth as the antagonist and Wu attempts to do the right thing.

The most amazing element of this movie is that it’s mostly based on a real-life story found in the New York Magazine (“The Hustlers at Scores: The Ex-Strippers Who Stole From (Mostly) Rich Men and Gave to, Well, Themselves,” written by Jessica Pressler). Maybe these ladies stepped on more than a few people while climbing on up the ladder of success, but eventually they were punished (but it could be argued they were simply caught and forced to stop, instead of actually getting punished).

“Motherhood is a mental illness.”

J.Lo has received a ton of publicity for her acting in her role of Ramona and she recently admitted to not using a body double for her more revealing scenes. That’s great and all, but I would inform those same people to watch Stephen Soderbergh’s little 1998 movie, Out of Sight, which still feels like her very best role to date.

Hustlers was nominated for a Gotham Award as Best Feature, but ultimately the film lost out to Marriage Story, which practically took over the 2019 Gotham Independent Film Awards, winning each category in which the film was nominated.

With positive word-on-the-street credibility growing, that’s most likely not the last award nomination for the movie. I would like to see Constance Wu get more acclaim for her role, as the Crazy Rich Asians and Fresh Off the Boat star has been rising in Hollywood. I also really enjoyed Lili Reinhart’s role. As I’m not a regular Riverdale viewer, I’d like to see what the young actor could bring to a new horror franchise as a final girl.

This small group of creative women created a sisterhood by breaking the law, but you’ve got to admit it was an ingenious side hustle. There’s no guarantees when it comes to winning awards, but maybe with a little creativity, Hustlers‘ filmmakers will also break through and fill their trophy cabinets soon.