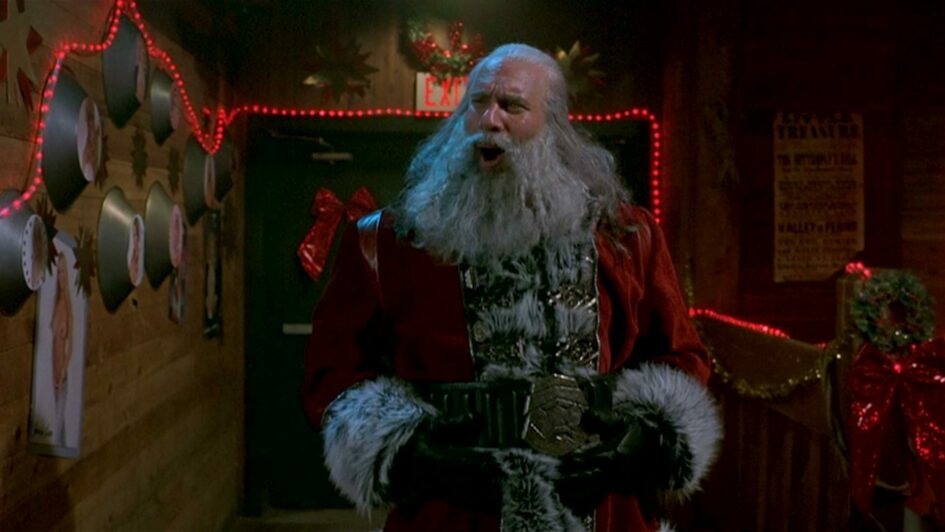 Tis the season to be jolly. Time to take some time off work and spend time with those you love. And during this time, we sit around the TV, watching classic films like It’s A Wonderful Life, Miracle of 34th Street or A Christmas Story. Some people look for newer hits like The Santa Clause trilogy of films, or maybe even something fun like Jingle All the Way. And still others claim that Die Hard is the ultimate Christmas film. But if you are like me, these films just don’t fill the bill fully. You want to have a good Christmas film, but you need a ting of the macabre to go along with it. You need an evil Santa, flesh-eating reindeer and a battle between Heaven and Hell.

Santa’s Slay is my guilty pleasure when it comes to holiday films. There are two things I love in life : professional wrestling and horror films. So, when you take wrestling legend Bill Goldberg, turn him into the evil spawn of Satan called Santa, and have him go on a killing rampage, all I can say is, “Shut up and take my money!”

The film gives Jolly Ole Saint Nick a new origin story. In Santa’s Slay, Santa is born of a virgin woman by Satan, making him somewhat the Antichrist. On the “Day of Slaying” (aka Christmas Day), Santa would conduct his vile and horrific acts. However, in 1005 A.D., an angel challenged Santa to a curling match. The angel was able to defeat Santa, and then appointed Santa to be our modern view of the elf: giving, happy, fun and someone to look forward to seeing every December 25th. The punishment was set to last for 1000 years, which brings us to the start of the film in 2005.

With his requirements met, Santa arrived in the town of Hell and carnage soon began. After taking out an entire family on Christmas Eve (played by a star-studded cast, including Fran Drescher and James Caan), Santa continues his reign of terror on the town. Can the hero of the story, Nicholas Yuleson, stop the spawn of the Devil himself and save the world? 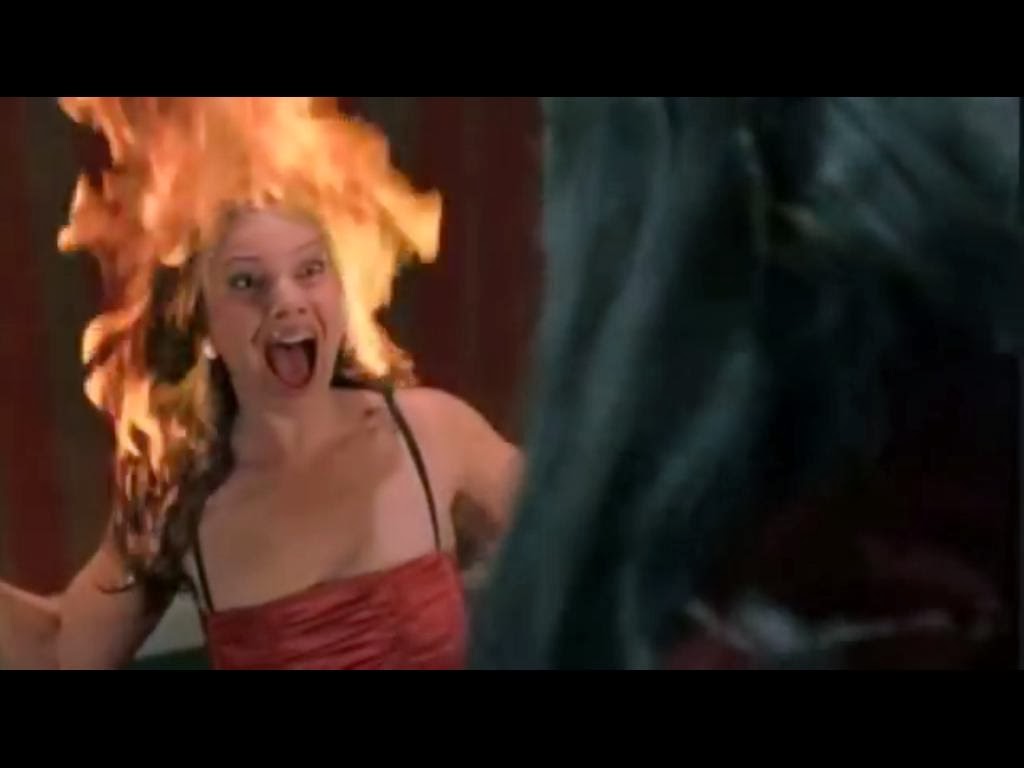 Santa’s Slay falls into this area of horror vs. holiday vs. campy comedy when it comes to classification. It’s got the requisite blood and gore, but also touches on the joyous time of Christmas, while poking fun a it. The side characters are over-the-top exaggerations of typically bad people. You have foul-mouthed kids looking for nothing more than presents, a sinful preacher who uses the church offerings to go to the strip club and the over-portrayed Jewish stereotypes. And for being a villain, Santa doesn’t seem to turn his evil ways onto people who just don’t deserve it (with the exception of the hero and his friends). So, in a way, Santa acts somewhat as a superhero with questionable actions.

If you are looking for something just to laugh your ass off at while still celebrating the Christmas holiday, Santa’s Slay has to be on your list of must-see films. This is not really a ratings review, but if I had to give it a rating, it gets five out of five stars from me. Bill Goldberg is the perfect fit for playing Santa, and the cast that was assembled around him help make this film a cult classic. Even if cult status is a stretch, Santa’s Slay really is the perfect holiday horror film.