IFC Films made headlines last year when it bought the U.S. rights for the Carlo Mirabella-Davis film Swallow. This purchase was made shortly after the movie premiered to great accolades at the Tribeca Film Festival. The film’s star, Haley Bennett, took home the Best Actress Award at the festival, based on her exquisite portrayal of a woman on the brink of madness.

Swallow was hailed as a “feminist horror film” by Variety magazine. There was even a claim that a woman was unable to sit through the film at Tribeca, fainting during the showing. It has been praised as a “deeply unsettling” and controversial, yet powerful film for women everywhere to applaud.

However, it didn’t seem to hit that level of spectacular in my book. Let me explain.

Before I get into my complaints with the film, let me give you the synopsis of the film, itself. Swallow is the story of Hunter (Bennett). Hunter is a timid, yet beautiful young woman who married into a wealthy family, seemingly having a life of luxury. She finds out that she is pregnant and for many this would be the “feather in the cap” for her life. But for Hunter, it is anything but good news. She begins to feel pressure from her husband, Richie (Austin Stowell) and her in-laws (David Rasche and Elizabeth Marvel), to ensure that the child is taken care of as best as she can.

The pressure becomes so strong that Hunter develops pica, a psychological disorder in which the person begins to ingest inedible objects. Hunter initially only swallows a marble and some paper, but soon begins eating dangerous items. After a battery is found in her stomach during an ultrasound, Hunter’s family begins to worry. They seem less concerned with Hunter, herself, and more concerned for the child she has in her womb. Becoming more and more overbearing, Hunter starts to mentally unravel, losing her shy ways for more rebellious tones. 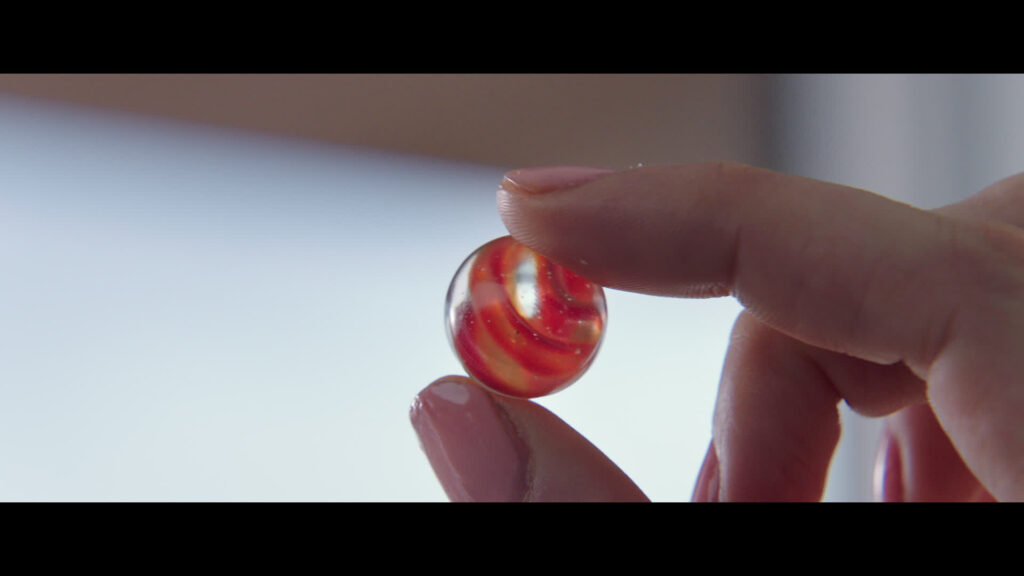 I wanted to learn more about pica after seeing this film, so I went to the internet source for diagnosing any and all problems a person can have: WebMD. According to WebMD,  pica is the persistent eating of substances that have no nutritional value. The most common substances consumed by victims of the disorder are ice, hair, paint, stones, glass and chalk. It is usually seen in pregnant women, small children and people with autism, and is linked with other mental and emotional stressors, such as emotional trauma, family issues and parental neglect. Depending on the substance consumed, pica has multiple subtypes, such as Geophagia (eating dirt), Hyalophagia (eating glass) and Emetophagia (eating vomit).

That last one… yuck!

My biggest complaint with Swallow comes down to being called a “horror film.” What happens to Hunter, while devastating, doesn’t seem to fit into the horror genre. When I think of horror, I think of something external to the victim that is trying to cause harm to them. Pica, while an incredibly bad psychological disorder, is not an external force upon the victim. It is caused by mental issues within the person. To some, that may fit a definition of horror, but for me, it falls short.

With that being said, Swallow does have its cringe-worthy moments. Watching Hunter eat things and then having doctors extract them from her stomach made me squirm slightly. The gore, however, is limited to only some slightly blood-stained objects and some vomiting. Not exactly your “blood fest” that I normally review in the horror genre, but still a little disturbing.

Since I have spent a few paragraphs explaining what Swallow isn’t (a horror film), let me explain what I think is its strong point. Haley Bennett is fantastic in her role as Hunter. In the beginning of the film, she is almost the epitome of a “Stepford Wife.” Her hair is a perfect bob. Her outfits remind me of a 1950s homemaker. And she follows the notion of “being seen but not heard.” While she does occasionally speak up and voice her opinions, she is dismissed by her family every time. Her husband, while appearing to be loving toward her, only placates her by offering to buy her stuff, forcing the trade of her ideas for physical things. By the end of the film, however, Hunter has transformed into a strong-willed woman, making decisions for herself and not giving a care about what her husband or his parents think. Her metamorphosis in the film feels organic and unforced upon the audience. Almost anyone watching this film would feel that she has had enough and is not going to take it anymore.

Speaking of her husband and in-laws, the writers of Swallow wrote them in a way in which you do not initially hate them. As I watched the film, I felt like Richie didn’t actually know how to show his love to his wife. It appeared he substituted love with giving her anything she wants. Their “language of love” was not the same, but I honestly believed he loved her. The same can be said about her in-laws. They show her the same compassion that one would expect from new family members. But in much the way Hunter transforms, the family seems to go in the opposite direction. Their love slowly changes from being a force of good and well-being, to being a force to control Hunter. As she moved further away from their control, they became more and more controlling, until ultimately their grasps become so strong, Hunter slips through.

Once I realized that this was not a traditional horror film and was more a female-empowerment film, my thoughts changed. I was originally going to give Swallow a low rating. But upon reflection of what I had seen and putting it all together, it truly is a good film. Swallow is a solid three out of five stars. IFC released it to theaters and VOD on March 6th, 2020, so it is available for your review today. It’s definitely a film you should check out.