The Impossible Haunt Tour: Four Haunted Houses in One Night 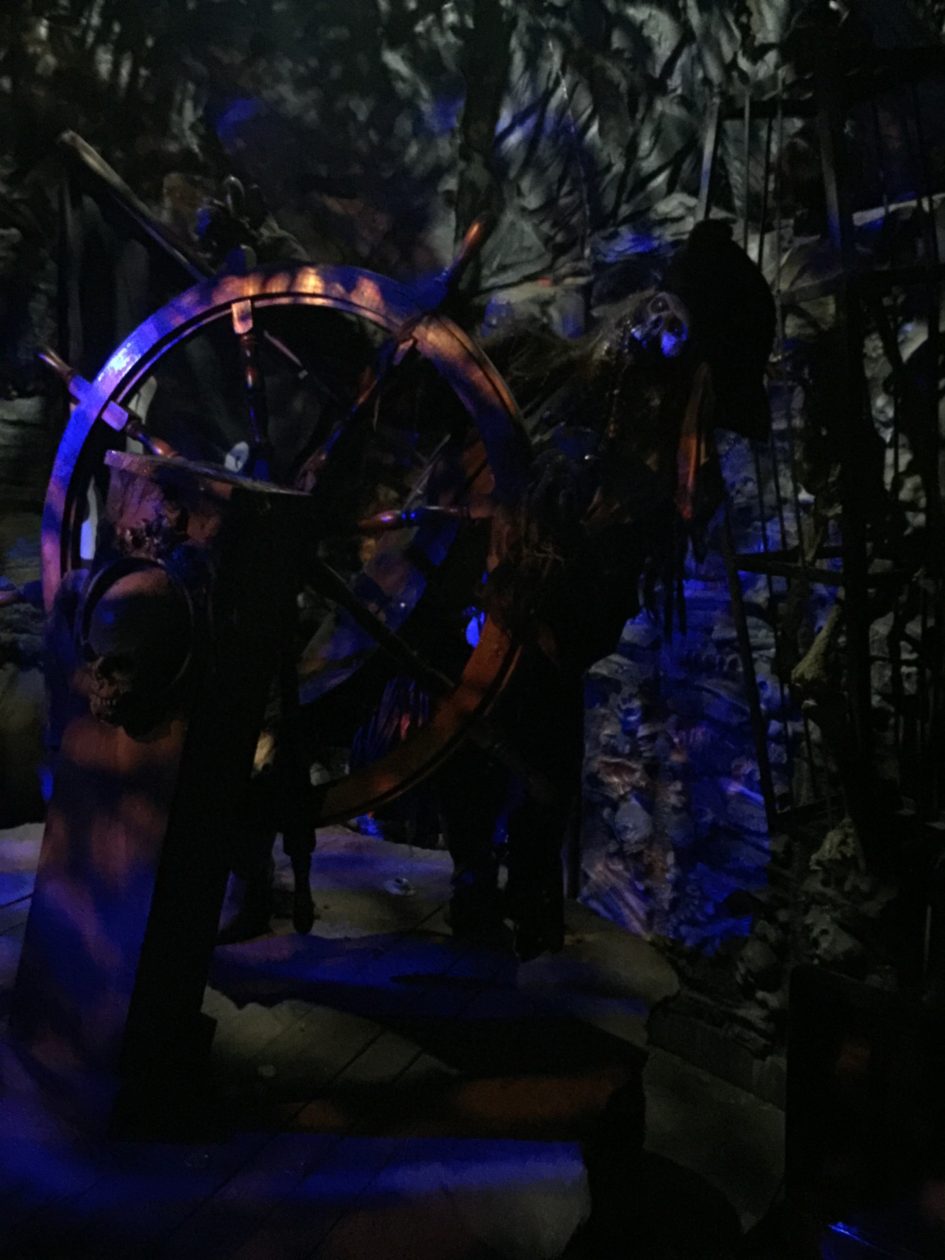 Welcome back to a new episode of the blog I like to call #HauntLife. This week, I am going to explain what the Impossible Haunt Tour is, and why my wife is very happy with the results. And no, it’s not what you are probably thinking (if your head is in the gutter like mine is 99 percent of the time).

Last weekend was my wife’s 25th birthday. As we met at a haunted house, we have always had a soft spot for the industry. It brought us together (she was an actor and I was the creative director) and in a way gave us our bundle of joy. And to celebrate her birthday, she said she wanted to go out and see a couple of haunted houses. So, back in August, I put in for the night off and started planning on which haunts to visit.

My wife’s birthday happens to fall right at the end of October, which is the prime time in the haunt season. Even though most haunts around here open in September and have non-weekend nights, the great majority of the general public picks Friday or Saturday nights to head out to their local haunts. The better the haunted attraction, the more people are going to show up for it. People should expect long waits to get tickets on site, long waits to get in the haunted houses, and probably a steady stream of people inside the haunted house. If you set your expectations for this, you won’t be sorry.

I asked the wife which haunts she wanted to check out. She started listing off a stream of grisly getaways that just made my heart happy to hear. After listing off about 10, I smiled and looked at her and said, “Pick two.” The look I got back was one of pain and sadness. Broke my heart. And out of that emotion, my Impossible Haunt Tour started.

I took her Top 5 list and started mapping them out. And by luck, it looked like we had a route that started on the east side of Nashville and worked its way back to the north side. The route chosen started at Nashville Haunted Woods, then Slaughterhouse, Nashville Nightmare, Monster Mountain, and finally Scream Creek. With only 4.5 hours of time from opening to close, I knew it was going to be tight. But with a lot of luck, and many favors called in, I decided it was doable. 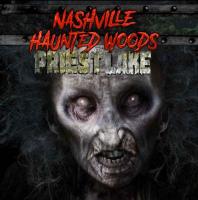 We started the night at 7:30 p.m. just as Nashville Haunted Woods opened. This haunt is the sister haunt of Nashville Nightmare, the haunt I devote my time to. It is built on the lake at Percy Priest, and having the lake and the dark woods gives this place the ultimate creepy factor. Manager Carroll Moore greeted me at the gates and sent us straight to the front of the line. As we worked our way through this fantastic creepy hollow, we saw tons of expansion areas. I think with another couple of years, this haunt will give its big brother a run for its money (there is something about outdoor haunts that indoor haunts can never reproduce).

At 8:15 p.m., we headed over to Slaughterhouse, Nashville’s oldest haunted attraction. Located in an old movie theater, this haunt has tons of spirit and swagger. The acting crew blew my mind, as they were spot on. Owned by Stacey Dixon (yes, the famous Scream Queen), this haunt is part of the Full Moon Inc. The haunt features a top of its class tattoo studio and a very cool dine-in movie theater, where you can get dinner and a movie for a great price. Ben Dixon, the top dog with Full Moon Inc, gave us a quick tour of this experience, and I can only say, “Shut Up and Take My Money!”

As soon as we were done with Slaughterhouse, we headed for Nashville Nightmare. We arrived right at 9:15 p.m., and luckily my parking spot was open. Since I work there, I took a few liberties and snuck us in with some of the groups as they entered. We went right down the list of houses that make up Nashville Nightmare: Industrial Undead, Reformatory, Phantoms and Fairy Tale Hell. I don’t know if the actors saw me and knew who I was or not, but they put forth a great show. 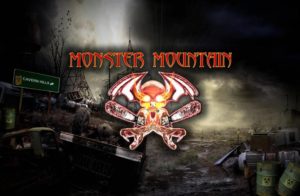 After dropping some dough in the gift shop, the time was 10:35 p.m. Most haunted houses in the area close up their ticket booths at 11:00 p.m., so we were very very short on time. I had hoped to knock out two more haunted houses, but with time slipping away, we decided to make a run for Monster Mountain, the haunted house where we met and also the place where we got engaged. We jumped onto I-65 and took a quick drive up to Millersville.

Monster Mountain is not for the weak or tired. When we pulled in, it was 11:10 p.m. and we just barely made it up the hill to the ticket booth. Jan, the owner of the attraction, was out front and greeted us. But since it was late and getting cold, we cut the greetings short in order to get to up the hill. There was a lot of new stuff for us to gawk at. While the climb up the hill is tough, there was plenty to keep our minds off how tired we were. It felt like no time when we were walking out the exit gates, smiling and thoroughly satisfied. We made our way back to the front, but the crowds had finally subsided, as the time was 12:00 a.m.

And with that, the Impossible Haunt Tour was over. We had pulled enough favors and planned the ultimate route and had pulled off four of the top haunted attractions in Nashville in one evening. And not just any evening, but on one of the top weekends in the business. It would not have been possible without getting some help from the owners of these haunts. I want to thank each and every one of them. The smile of satisfaction on my wife’s face was perfect!

I know a lot of you probably want me to rank these haunts in the order I thought they should be in. But since I work in the industry, I think that would be highly unethical. I saw things I loved and didn’t love at each haunt. But the things I didn’t like were so few, there’s no reason to even call them out.

Thus, I will say this: GO TO ANY OF THESE HAUNTS! You won’t be sorry for your journey, if you plan and come in with the proper expectations. Going to a haunted house on the last weekend of October is not advisable if you want to A) not stand in line and B) not have a conga line form inside. Go on a weeknight or a Sunday. You will have a better experience if what you crave is the feeling of isolation.