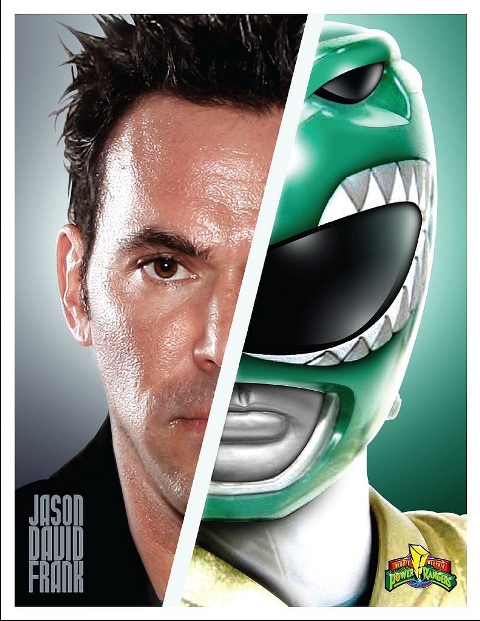 He’s faced multiple threats on television and movies as a Power Ranger, but one of the biggest struggles of Jason David Frank’s career is remaining grounded.

Frank has been associated with the Power Rangers since nearly the beginning of the show, more than 20 years ago. Along with Sesame Street and Mister Rogers’ Neighborhood, Power Rangers is one of the longest-running children’s shows on television, having starting in 1993.

Frank has been both the Green Ranger and the White Ranger, but being a Power Ranger is not just the mask, said Frank, it’s the person behind the mask.

Frank has always embraced his role and association with the Power Rangers. He has continually been proud of the brand throughout the highs and lows of its popularity. He said he will always be the Green Ranger and enjoys entertaining his fans.

“Making your day happy is double for me,” he said.

Despite his success on television, karate and mixed martial arts, Frank understands the perils of fame. As a seventh-degree black belt, his is a pursuit of passion and continuous training, but he doesn’t do it for the spotlight.

“This business can really destroy your head. You’ve got to be humble.”

A new Power Rangers motion picture is underway, slated to begin filming in January 2016. It is unknown whether the film will be a reboot or a continuation of the franchise’s 20-year continuity. Frank has been associated with numerous generations of the Power Rangers over the years and is ready and willing to be a part of the film, if asked.

“I feel if I’m superhero ready and can fit in my spandex, then I’m ready to go.”

Frank was asked his opinion about the independently made dark Power Rangers short film starring James Van Der Beek and Katee Sackhoff. He can understand the appeal of a gritty reboot to young adults who grew up watching the show. However, Frank also understands the show’s continuing appeal to a younger audience.

“If we want that dark, rated R, you’re being greedy for the little kids.”

While he is not in favor of the gritty take on the Power Rangers, Frank would be willing to see a PG-13 rated movie. That movie could give fans the more violent adult action they want without the drugs and sexual content of the short film.

Frank also advised the many martial artists in the crowd to continue following their passion. He advised them to keep honing their skills and to keep “sharpening your sword” to maintain their training at peak levels.

“You should be there, so when the opportunity comes, you’re ready.”