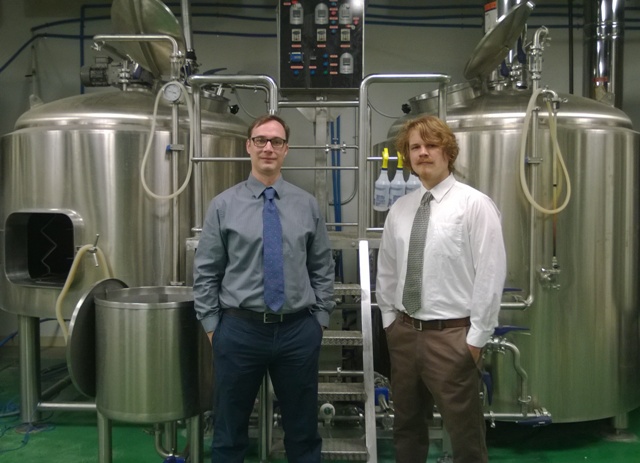 Per Matt
When a celebrity chef joins forces with a mad-scientist brewmaster, the results will surely create a craft-beer paradise.

Comprised of Maneet Chauhan, Derrick Morse, Vivek Deora, Kaleigh Morse and Chad Frost, Mantra Artisan Ales will open its doors in Franklin, TN on November 13th, 2015. The brewery will offer bold new flavors by infusing spices into their high-quality craft beers, something which is long overdue for the craft-beer scene in Middle Tennessee. Not long ago, I visited the brewery to chat with brewers Derrick Morse and Chad Frost in order to discuss their plans for the soon-to-be opened brewery.

Housed in the former location of Turtle Anarchy Brewing Company, Mantra Artisan Ales will feature a total of 24 tap handles, which will include their craft beer, along with three non-alcoholic drink options. Nine to 10 of those handles will pour sour beers, two will be small-batch beers, two more will pour craft sodas, one will pour a nitro coffee and and the remainder of the taps will pour year-round and seasonal beers. Upcoming plans also include infusing different ingredients into a variety of their beers, much like how New Belgium blends their Oscar and Felix base beers to create new beers.

“Once Nashville grabs ahold of this brand, they’ll start to see what I truly wanted to do, when I first moved here three-and-a half years ago,” said Morse.

A good chunk of Mantra’s start-up cost went into packaging and supplies for their beer. As soon as the doors to the brewery open, three of their year-round beers will be available via six packs, including Saffron Cardamom IPA, Avec Moi (a light Belgian sour pale ale) and Amour Rouge (a dark Flanders).

The brewers don’t plan on bottling full batches, but up to 25 percent of the first few batches of beer will go into packaging, as the brewery builds up shelf space for their accounts. Mantra beer will be self-distributed within Williamson County, mainly because it’s the brewery’s home turf and it gives the ability for the owners to walk into different locations to show that they care about the area and the beer. Outside Williamson, the brewery will be distributed through Best Brands, which is a new endeavor for both parties involved. 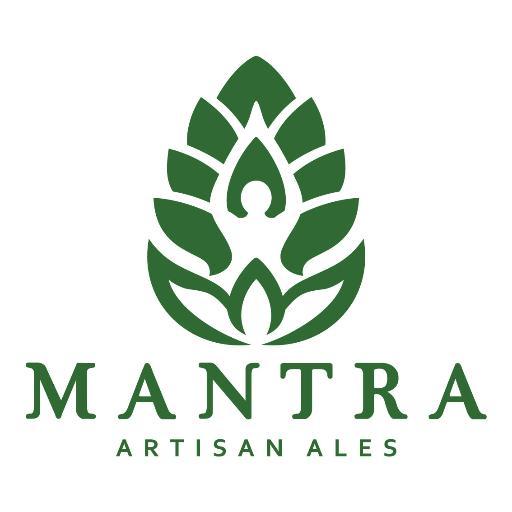 Big plans are in store for the brewery’s taproom, which will receive a virtual face lift. Brewmaster Derrick Morse continues:

“Our commitment to Williamson County and our commitment to our taproom is pretty dramatic. We want to put a lot of time and effort and money in and make sure that our space, here, is very inviting.” Taproom hours will be longer than those previously used by Turtle Anarchy. Starting out, the brewery will be open five days a week, eventually moving to seven days a week as business picks up. The owners are making sure the aesthetic and furniture of the taproom will be warm and inviting, not industrial. There will be couch seating and space for board games to be enjoyed by guests. Morse is hopeful to have a couple of arcade games at the back of the brewery. He is currently seeking help from a couple of nonprofit organizations to work with the brewery. All profits from the arcade games would go directly to the nonprofit.

Morse is taking the mentality of what he learned from Twisted Pine on the production side, pulling from a lot of the elements he wanted to implement at Cool Springs Brewery for the taproom and utilizing the experience and knowledge of Kaleigh’s background of running a taproom at both Left Hand and Black Abbey, which gives them a great ability to create the 5,500 square-foot space that craft-beer fans will truly enjoy.

“We feel as confident as anyone, to be able to drop into some of the higher beer-IQ markets, like Portland, Oregon or Asheville, North Carolina,” said Morse. “We feel the brand and the beer would stand up to any of the brands at their location. We want to bring that to the Nashville market. I think we that we were accomplishing that goal at CSB, we just didn’t have the ability to push the product as much as we can, here. We obviously have tanks that are four times the size and a space that is 20 times the size. Instead of a narrow scope, we can then broaden it and drive the price point down with the same style of liquid that we were doing. That gives us the ability to broaden our reach a little bit and gain some notoriety for the Nashville market.”

“We really would love to see Nashville to be the next Asheville and for the rest of the United States not to look at Middle Tennessee as this black hole for good beer. I think the last time I looked, we were ranked 27th in the nation for beer produced, but I don’t see any reason why we can’t push that up to the higher levels. We’re never going to match California or Washington. Colorado’s economical impact was $2.7 billion last year. They have a lot of breweries. We may never catch that, but we can be surpass Georgia and other surrounding areas and become the craft-beer destination of the Southeast.”

Chad Frost joins Morse as a brewer at Mantra. Mr. Frost originally grew up in New England, but has since lived in Texas and Tennessee. He originally began brewing ciders, before moving into homebrewing beer and eventually interning for Morse at Cool Springs Brewery. I spoke to him about working with Morse at Mantra.

After interning with Derrick, what brought you back to work with him again?
“Well, I had a very cushy job, before I started my internship with Derrick. I learned very quickly that his scope of knowledge and enthusiasm for beer went far beyond mine, in the homebrewing realm. By the end of my internship, Derrick told me he couldn’t hire me, but I could get a job at another brewery or go get educated. So, I looked into schools and he had always spoken highly of the VLB, in Berlin. I went home and mulled it over and decided this was the industry I wanted to be in and this where I wanted my life to go. It was Derrick’s enthusiasm that I really fed off of. He was a great mentor, all the way through my program in Germany. When I came back, I never found a brewery that really screamed, ‘This is the place for me.’ I stuck around and started working on an idea of starting a brewery here, in town and then it seemed like the dominoes started falling. Everything was very serendipitous. I was introduced to Vivek and Maneet through Derrick and we all just clicked.”

“As a former intern now working with him, after my education, I feel like Derrick and I speak the same language now. It changed our working relationship, to such a degree, because he could spend less time telling me every scientific process that’s going on and instead we combine our knowledge and our education in the pursuit to create things that maybe people haven’t seen before or haven’t seen in a long time. He talks about how Nashville is a young and blossoming beer town. I’m excited to be within the foundation of that continual evolution of the beer spectrum here. We’re projecting it’s going be a very IPA-heavy town, for a while, since the craft industry is just blossoming. As the pallets adapt and as people become more exposed to different types of beer, we’ll gain more appreciation for sours, high-gravity Belgians, which are Derrick’s milieu. I’m hoping to take the education that I got and build upon his profile and create our own, as a brewery and not just as individual brewers.”

The brewery is planning to implement a loyalty membership program for its customers and the company has its sights set on participating in the upcoming Guildfest beer festival as the brewery’s first official event. Big things are definitely in store for Mantra Artisan Ales and Middle Tennessee can’t wait for the brewery to open its doors to the public.