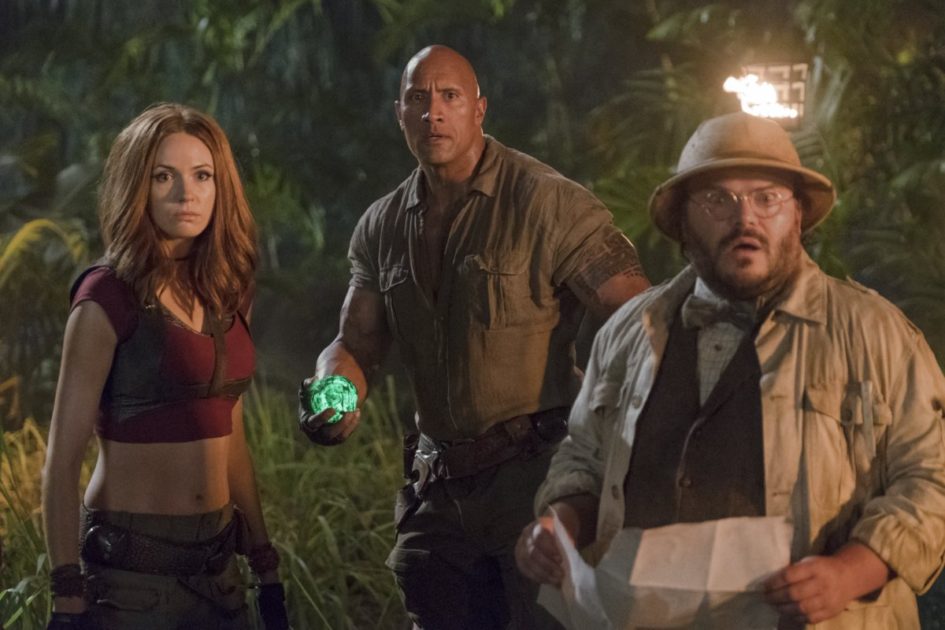 I hate video games, but I loved Jumanji: Welcome to the Jungle. The movie is hilarious and the performances are great. I truly enjoyed the film, and think it is one of the most fun experiences available onscreen this season.

Let me give you some backstory. I have never seen the Robin Williams classic film, Jumanji, from the ’90s and haven’t played video games since the original Atari console, before it became the 2600. While you are letting that sink in, I got so hooked on the original Atari when it came out in the early 1980s that I lost all interest in my Pong. And, yes, I had one of the first video games, the one with the two slider controls on the control deck that connected to your TV set as a VHF antenna lead and was in black and white that played like tennis, and I was a badass at it!

Then Pac-Man and Space Invaders and the others came out in arcade formats, and Atari licensed them for home use on their new video game console and the rest is history — I know, ancient history! Ha Ha! How many nights did I stay up all night drinking Jolt Cola and malt liquor and bourbon playing Frogger and Dig Dug and Sonic and Ms. Pac-Man and the list goes on… I spent so much on games and controllers and shit… I eventually had to quit cold turkey, stopped playing video games altogether and never looked back.

So, when the original Jumanji movie came out, even though it starred my boy, Robin WIlliams (Nano nano!), I just couldn’t go to a video game-based movie. Fast forward a few decades, and the new one is coming out. My sister finds out I’m invited to a screening and says she wants to see it. So, we went Monday night and I laughed my keister off throughout.

Mind you, I only consented because I love Karen Gillan and have always admired Dwayne Johnson, so I tolerated Jack Black and Kevin Hart and attended with an open mind. I am so glad I did. And not just because of Karen’s memorable outfit!

Knowing nothing of the original film, its characters or storyline, I found the story this one tells to be complete as a standalone, and it is a touching tale. I saw elements of The Breakfast Club that made me happy, and the character interactions with and among the characters inward and with each other were well played. You’ll know what that means when you see the movie — no spoilers here.

The visual effects were excellent and not overdone to the extent that they distracted from the essential core of the movie — the human core of each character’s adolescent search for connection and meaning and usefulness within the parameters of achieving the goals of the game.

And, of course, there was high drama, sincere humor and a few twists you won’t see coming… enjoy it now at a local cinema, and if it’s an AMC, fuck the masks! Jumanji!

P.S. I do have a copy of the original film on hold at the public library and plan to watch it sometime in the next week or so… maybe… If I don’t, so what? the new one is epic!