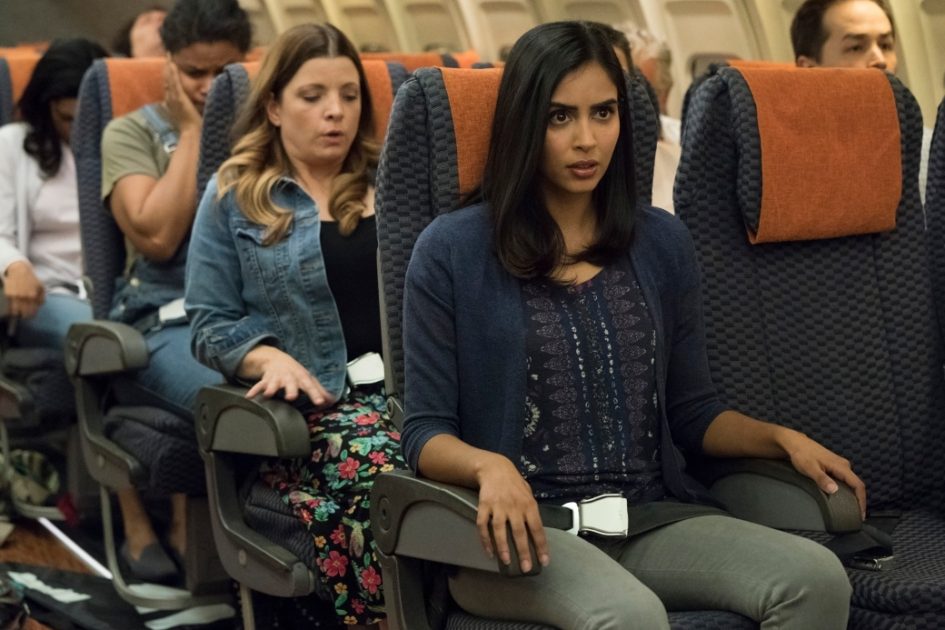 Have you heard about the new TV show that’s being needlessly compared to Lost? Sure, there’s an airplane filled with unwitting passengers who are all tied to an impossible mystery. The plane gets destroyed. The people lose time. And somehow they’re all tied to each other by an indescribable force. But apparently, Manifest has already figured out its ending and its writers aren’t making up the story as they go along, much like J.J. Abrams and Carlton Cuse did for six seasons.

So, is Manifest remotely similar to Lost?

As the pilot begins, the family Stone is about to depart from Jamaica on April 7, 2013. However, their flight is oversold and three people from their group decide to get bumped in order for a cash incentive. What they don’t realize is that Flight 828 of Montego Airlines is about to turn their lives upside down. After suffering some in-air turbulence and a major power failure during a thunderstorm, the plane lands in New York. To everyone on the ground, the plane and all of its passengers has been presumed dead and missing for five-and-a-half years. For everyone aboard the plane, the flight was three hours and 19 minutes long and they haven’t aged a minute. Is this simply a mysterious circumstance, the impossible or actually a miracle?

“Funny how one little decision can ruin your life. But also save it.”

Lots of changes have happened within five years for this family. Many of these characters realize they get a “do-over” with their lives, but each one now has a strange new sixth sense. The impossible is actually what has happened, but whatever it is that drew them together did not want to be investigated. What’s up with that?

Unfortunately, that is all that is revealed within the series premiere. Manifest looks like an NBC show. It feels like an NBC show. Maybe this is more of a family drama than a mystery, but I wish there was more intrigue wrapped up within the main storyline. There’s hints of numerology, but more often than not, it’s pretty sappy and overly emotional. Not at all like Lost (well, maybe a little bit).

But most importantly, in almost every sci-fi story, it’s always the “crazy” person who tends to be the most sane, and the feeling I get is that Michaela Stone (Melissa Roxburgh) should be the main character of this show; it should not be an ensemble piece. While the rest of her family defines her backstory, they seem to be unnecessary to the developing story arcs. Parveen Kaur’s Saanvi (the brilliant medical employee) and Jack Messina’s Cal Stone (the sick child) are two other characters who I was interested in learning more about, but all the rest of them are disposable.

Supernatural and science-fiction elements were showcased at the beginning of Lost, later focusing more on flashbacks, flash forwards and sideways storylines. For the most part, Manifest is really trying to attract a non sci-fi crowd with its family-centric storylines (which feels quite the opposite of Lost). After only one episode, there hasn’t been any sort of flashbacks, forward or sideways, but that can always change with the next episode.

Speaking of backstories, the groundwork for this show’s mythology has yet to be laid out before the viewers. Episode Two really has a lot of pressure to bring in viewers, whether they’re Lost fans or not. The series could head into any direction imaginable. As an NBC show, though, it’s most likely going to only stay focused on the Stone family, and that’s a shame, because it could easily be a great sci-fi show. It just seems like NBC might be pulling Manifest into generic family-friendly fare, instead of possibly branching out into groundbreaking territory.

Like I said, Episode Two has a lot of built-in pressure, in terms of storylines. Whether fans stick around to get their questions answered is still up for debate.