Mars Season 2 is Full of Power Plays and Politics 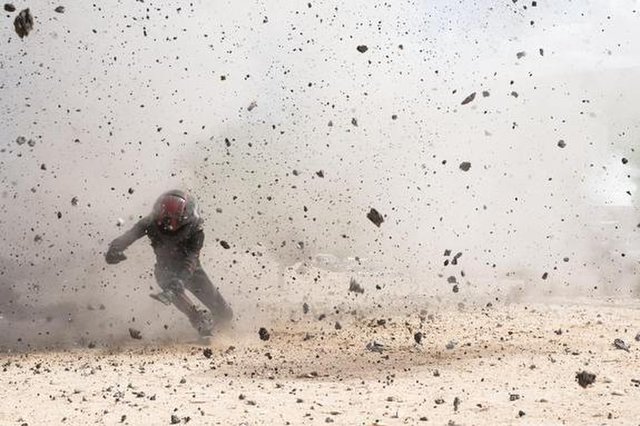 In Season 2 of MARS, the mission to colonize becomes a battle between science and self-interest when a privately held corporation makes its home on the Red Planet. (Photo Credit: National Geographic/Dusan Martincek)

When did politics seep into a possible bright future for colonizing the Red Planet? Sadly, the accurate answer is Season 2 of Mars, when a private corporation competes for resources with the pre-established international scientific coalition and too much drama ensues.

While the advance of private business crept into the Nat Geo series to challenge the fact-finding endeavors of Olympus Town in the second season of the TV series, a struggle for control on both Earth and Mars was created. A rivalry was born and trust was pushed to the limits, while dealing with unintended consequences. For some reason, the showrunners also worked real-life political activists into the documentary portions of Mars, creating a totally unnecessary element for the dramatic storyline and felt like a political jab by the writers of the show.

I’ve mentioned before the documentary aspects really take you out of the drama and the flow of the onscreen fictional characters, and it seems to have actually been carried out better in the channel’s sister series, Valley of the Boom.

You could say the series became preachy and it wouldn’t be an understatement.

Season 2 seems to have lost its way as it explored the topic of corporate greed, an impatience in achieving an objective, suffering from lack of permission and dealing with a whole lot of unknowns (and the disasters that are ultimately dealt with). The two sides battle each other in the search for information (and more money). There’s plenty of underhanded actions, along with back-room meetings that keep it all moving forward for both groups. And did I mention all the judgment that’s being passed onto the show’s enemies?

Being on the right side of history seems very important for the showrunners, and they try to prove their opinions are correct with every chance they get. Just when I thought the show had turned a corner (Survival Horror Storyline Infects Mars), it was more like a hard left-hand turn. I prefer to keep my entertainment politics free — despite the topic — so this season felt like a huge letdown to me.

The crew has finally found water, the first (sickly) extraplanatary baby has been delivered, terraforming efforts have finally proved successful and after dealing with a Marsquake, the two crews have finally united, sharing the ultimate goal. An optimistic future gets hinted at when dealing with humanity’s future of colonizing the Red Planet. This feels like a good stopping point for the series. While it can ultimately be sold as a progressive series to liberal-leaning sponsorships for another year, I’d prefer the politics to be written out of the overall storylines and just end the series now. Otherwise, this fan of science fact and science fiction truly has lost interest in this show, but not for the original storyline, as seen in Season 1, which was pretty enjoyable.

The future does look bright for the Red Planet… but not for this series.