Michael Bonfiglio Asks: Who Are You, Charlie Brown? 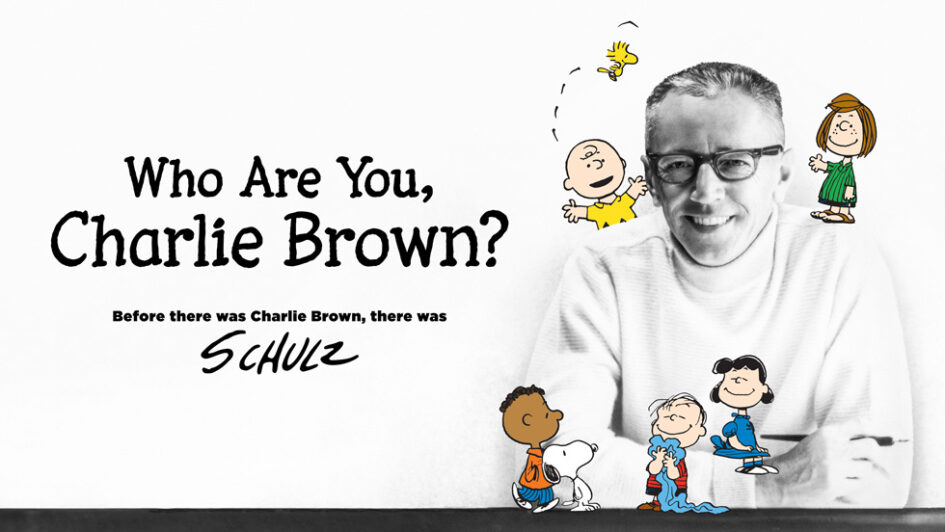 Per Matt
Charles Schulz was an American icon, and rightfully so. At its peak in popularity, his Peanuts comic strip was published daily in 2,600 newspapers in 75 countries and in 21 languages. His audience was the world; his characters were relatable to everyone. First published in 1950, Peanuts has been a part of the public consciousness for 70-plus years now, enjoyed by multiple generations of people, but fans still may not know much about the cartoonist’s life. Filmmaker Michael Bonfiglio hopes to resolve that with his documentary, Who Are You, Charlie Brown?

Enjoying comic strips have been a long-running family tradition of mine. My mother speaks of my great grandparents loving Li’l Abner and the fact that the characters were hillbillies was something they had in common. Peanuts was a favorite read for my grandfather and I, which we bonded over. Keeping the tradition alive, I have enjoyed watching the animated specials with my young nieces.

As a Child of the ’80s, I grew up watching Saturday morning cartoons and searching through the local paper for the funny pages. I was immediately fascinated by the WWI Flying Ace, as well as Joe Cool, but as I grew older, I started relating more to the kids. Schulz took incidents from his childhood and later in his life, from watching his own kids, inserting those stories into his comic strip. His characters are often facing difficult questions and problems. The cartoonist admits to being Charlie Brown in the real world, even though bits of his personality shine through each character.

Narrated by Lupita Nyong’o, this doc is divided into two segments. As Schulz’s life story is told, a diverse group of people discuss the cartoonist’s influence on their lives, including filmmakers Kevin Smith, Paul Feig and Drew Barrymore among other actors, writers and cartoonists who let down their guard, while letting out their inner geek. These choices seem somewhat odd, as they don’t really have any connections to the cartoonist or the intellectual property, but they do give their opinions about the characters.

A new animated story breaks through the monotony, as the wishy-washy loveable loser struggles with a school essay with the theme, “Who am I?” Other characters try to help out Charlie Brown, along with Shultz (through archive footage and audio recordings), describing the character’s attributes, both good and bad.

If ever there was a film that documented my childhood, this is it. Snoopy and the gang will always have a special place in my heart. Growing up, one of my birthdays had a Peanuts theme. And the original animated specials are how I will forever remember the characters, even though NASA named the Apollo 10 modules after the perpetual worry wort and his dog, and Snoopy even appeared on a nationwide stamp for the U.S. Postal System, among other media.

Initially, I was concerned the documentary wouldn’t offer anything groundbreaking about Schulz, but with Brian Grazer and Ron Howard onboard as executive producers (among others), I remembered how much joy the cartoonist brought to my life (I even shed tears at its conclusion). It actually makes sense that Apple TV+ released this doc, as the streamer recently bought the rights to broadcast the related animated specials (and the uproar it created last year).

While Charlie Brown constantly fails alone and with others, the strip by Schulz never let me down. It’s amazing that he penciled and inked Peanuts every day for more than 30 years without missing a deadline or taking a vacation, ensuring that nobody else touched his prized possession. His drawings were his means to communicate; they were a way for him to live his life. And unfortunately, he died on the same date his final comic strip was published, on Feb. 12, 2000. Good grief. You will be missed, Charles Schulz.

Apple TV+ is currently streaming Who Are You, Charlie Brown?