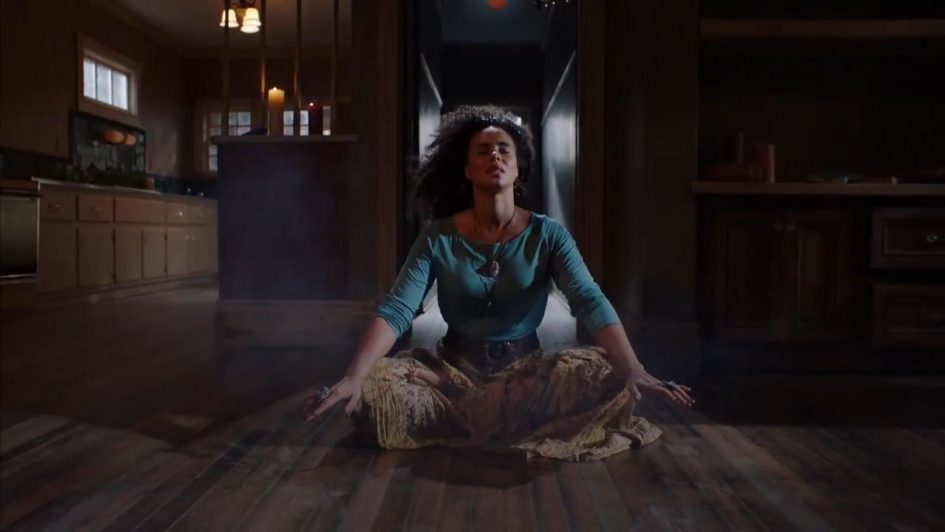 Midnight, Texas is not a clone of True Blood, even though it is inspired by the same author, Charlene Harris. I came into the show thinking it would be simply a low-rent version of True Blood on NBC. I can honestly say, it’s not. I felt like I was watching some strange incarnation of Supernatural, if I was going to compare it to anything.

First of all, let me state that Charlene Harris isn’t the best author, but then, that’s not exactly why you would read one of her books… and it’s most certainly not why you would watch a television adaption of one of her novels. I really got into True Blood back when it was on television and I read a book of hers once in line at Wal-Mart. Seriously. The whole book. Now, I am a fast reader, and this was a long line at Christmas time, but still. I’m sure you get my point. It’s not exactly Shakespeare. No, you get into Charlene Harris’ worlds because the characters are just so damn likable and the situations are just that damn sexy. I mean, in True Blood, you had a Viking vampire… need I say more?

So, what’s the pitch for Midnight, Texas? It is a town full of supernatural beings. The veil between the living and the dead is thin in Midnight and it draws supernatural creatures to it. Manfred Bernardo (François Arnaud) is a psychic and medium. He is told he should move to Midnight, Texas by his dead gypsy grandmother in order to be safe from someone who wants to kill him. There he meets fallen angels, assassins, vampires, were-tigers, witches…. and that’s just the pilot. It’s an odd group of friends, but by the end of the first episode, I predict you will like them all.

Midnight, Texas is light, easy summer fare. It isn’t serious and shouldn’t be taken seriously. It’s OK to laugh at the slightly over-the-top, silly dialogue. It just makes the TV show more fun to watch. The show is very obviously meant to be tongue in cheek. From the witches’ talking cat, to Manfred’s wise-cracking dead grandma, the show is full of sly humor. It’s played out seriously, and never purposely goofy. The serious Gothic overtones, always delivered with a straight face, will definitely get you laughing.

Basically, Midnight, Texas is full of sexy, likable characters and that’s really enough of a reason to watch. Fans of Harris’ storytelling style should enjoy this new offering. It’s easy to forget, with all the violence and nudity allowed on HBO, just how cheesy True Blood actually was. The cheese is kinda what makes her stories so much fun to immerse yourself in. If you go into Midnight, Texas expecting an exact replica of True Blood, you will be disappointed. If you understand True Blood was True Blood and this is something different, you will probably find the show enjoyable. The shows share similar themes, but not similar expressions of those themes.

Midnight, Texas is sexy summer fun. The show does feel a bit cheap on production value, and long-time horror fans won’t find any scares in it. If I could give any advice to the writers of the show, it would be to punch up the jokes. NBC can’t compete with HBO (where True Blood aired) when it comes to gore and sex scenes, so focus on what you can do. Which is deliver the show with a few laughs, even if they seem unintentional. I give Midnight, Texas three stars for fun, seductive characters that you want to see more of.