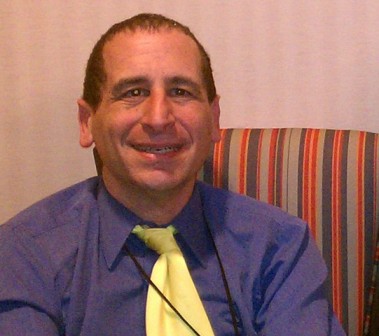 Per Matt
Mike Reiss is an American comedy writer. Before working in Hollywood, Reiss attended Harvard with his roommate (and future Simpsons co-conspirator Al Jean) and wrote for the Harvard Lampoon. After graduating, he wrote for various TV shows, including Sledge Hammer! ALF and It’s Garry Shandling’s Show before joining the original writer’s room of The Simpsons, where he continues to work to this day.

With Reiss’ busy work schedule, he doesn’t have much free time to attend too many conventions, but he managed to work in a visit to Atlanta, GA as the featured guest for MomoCon. Comedy may be difficult to write, but he makes it look very easy. I have included portions of his panels, which were fast-paced and hilarious, as if he was a stand-up comedian.

“I’d like to start off answering this question: Why do I write comedy? I write comedy because I can’t help myself. In fact, somebody said to me, ‘What would you do if you couldn’t write comedy?’ I said, ‘I’d write for Jay Leno,’ because he sucks. But luckily, 25 years ago, I got a job writing for The Simpsons. I got the job when the show was starting out, when no one else wanted to work on the show. I’ve been there ever since.”

“The show is still going strong. The Simpsons short was nominated for an Oscar this year… we lost. Two days ago, we just posted Homer doing the Harlem Shake, it got 24 million hits in two days. The big question everybody has, ‘How do you keep the show fresh after all these years?’ We have a trick: We have 23 writers on the show, and we only do 22 episodes a year. That means every writer only needs to have one good idea a year, and one guy doesn’t do squat. I am that guy.”

“We get our ideas from everywhere. From movies, TV, what’s going on in the newspaper and we get them from our own lives. I’ll give you an example. A couple of years ago, one of our writers went to China to adopt a baby girl. He comes back, and we don’t go, ‘Congratulations,’ we just say, ‘Oh, we gotta do that on The Simpsons.’ And we did it. The next year, this writer went back to China and adopted another baby girl, and we said, ‘Dude, we did that episode already.’ So, he went back to China and returned the baby.”

“Our castmembers earn $40 a second. Even though they make all this money, they’re not blowing all their dough on fancy cars or big houses. In fact, one of our castmembers recently gave $10 million to the church… the Church of Scientology. It’s Nancy Cartwright, who plays Bart. Which leads to the next question: Is there anything you can’t make fun of, on The Simpsons? Yes. The Church of Scientology. Nothing funny about that.”

“Two other things we don’t make fun of: We don’t make fun of anime. A couple of years ago, we wrote a full anime sequence that looked like a Miyazaki movie in our Halloween show. We loved it, and then we read the script out loud, and one of the older producers on the show went, ‘What the hell is that?’ He just didn’t get it. It was the only time in history, where we had to cut a whole segment out of the Halloween show. We’ve hung onto it. We have plans to use it again. We’re waiting until that producer takes a vacation… or dies. We had another problem with the same guy this year. One of our writers had a genius idea. He goes to this producer and says, ‘Steampunk comes to Springfield, and who becomes the king of Steampunk? Mr. Burns. He doesn’t know it’s Steampunk, but he just lives in a house with old Victorian gadgets, pistons and valves, and the whole Steampunk movement blossoms in Springfield.’ And this producer says, ‘What the hell is Steampunk?’ So, you won’t be seeing that one either.” 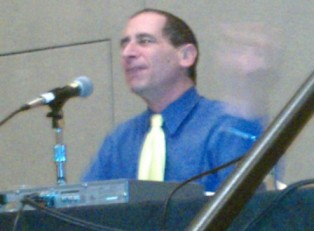 “My idea, is to do a live-action Simpsons Movie. For years, we’ve wanted to find an actor who’s as dumb and bald as Homer Simpson, and then God gave us Vin Diesel. I met William H. Macy at a party and I though he’d be so great as Ned Flanders and I thought Tom Cruise would be surprisingly good as Smithers.”

“Of course, Smithers is our one gay character on the show. But, he wasn’t always gay. He used to be black. It was only when we saw the show in color, we said, ‘This looks terrible. We have one black character, and he’s kissing up to his mean, old, white boss.’ So, we went, POOF! He’s white. POOF! He’s gay. So, Smithers is the first man in history to go from black and straight to white and gay. The second was Michael Jackson.”

“People always want to know: How do we get these great guest stars on the show? We have a trick. If the celebrity has kids, their kids will make them do the show. For example, years ago, we wrote a part for Bruce Springsteen, and he turned us down flat. And then somebody said, ‘Sting has, like, six or eight kids,’ and Sting was in the studio the next day. The Rolling Stones were on our show because their grandchildren made them do it. That was kind of weird. And Michael Jackson did our show, not because he had children, but because he HAD children.” 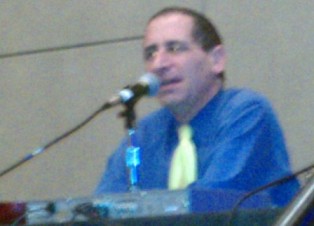 “George Lucas told us he wanted to be on The Simpsons. We wrote him a special part, where he goes to the comic book store and he won’t leave. He’s there for months, always talking about Star Wars with Comic Book Guy. It’s clear, he doesn’t know anything about Star Wars. He refers to Chewbacca and Han Solo as ‘That Big Dog’ and ‘The Guy With The Vest.’ George Lucas asked to do the show, then he turned it down. To make us even madder, he appeared on Just Shoot Me. If you’ve seen the last three Star Wars (movies), Just Shoot Me is not something George Lucas should be saying in public. So, we made fun of George Lucas. We had an episode where the Simpsons went to Skywalker Ranch, and we made so much fun of him. We animated him three-feet tall. It was probably the meanest thing we’ve ever done on The Simpsons. The next day, it was like a hangover. After it aired, everyone goes, ‘Oh wow. That was a little mean… even for us.’ It was nice for Family Guy, but mean for us.”

“I created an animated show, The Critic. We were not a hit and ABC cancelled the show. After The Critic was cancelled, I took up a new profession: writing children’s books. I’ve written 18 children’s books. If you’re interested at all, I wrote a book called Tales of Moronica. It’s a novella about the stupidest kingdom in the history of fairy tales. It’s available only on Amazon as a Kindle download. It’s 99 cents. The only cheaper book is the Yellow Pages.”

“The last project I want to talk about is a cartoon I created, called Queer Duck. It made history as the first openly gay cartoon character. It took off like a sensation. It started on the Internet, made the jump to the Showtime network, and then jumped the ocean and then became a hit on the BBC, where British TV viewers named it one of the 100 greatest cartoons of all time. If you want to see Queer Duck, you can find it on Netflix. There’s a Queer Duck DVD.”