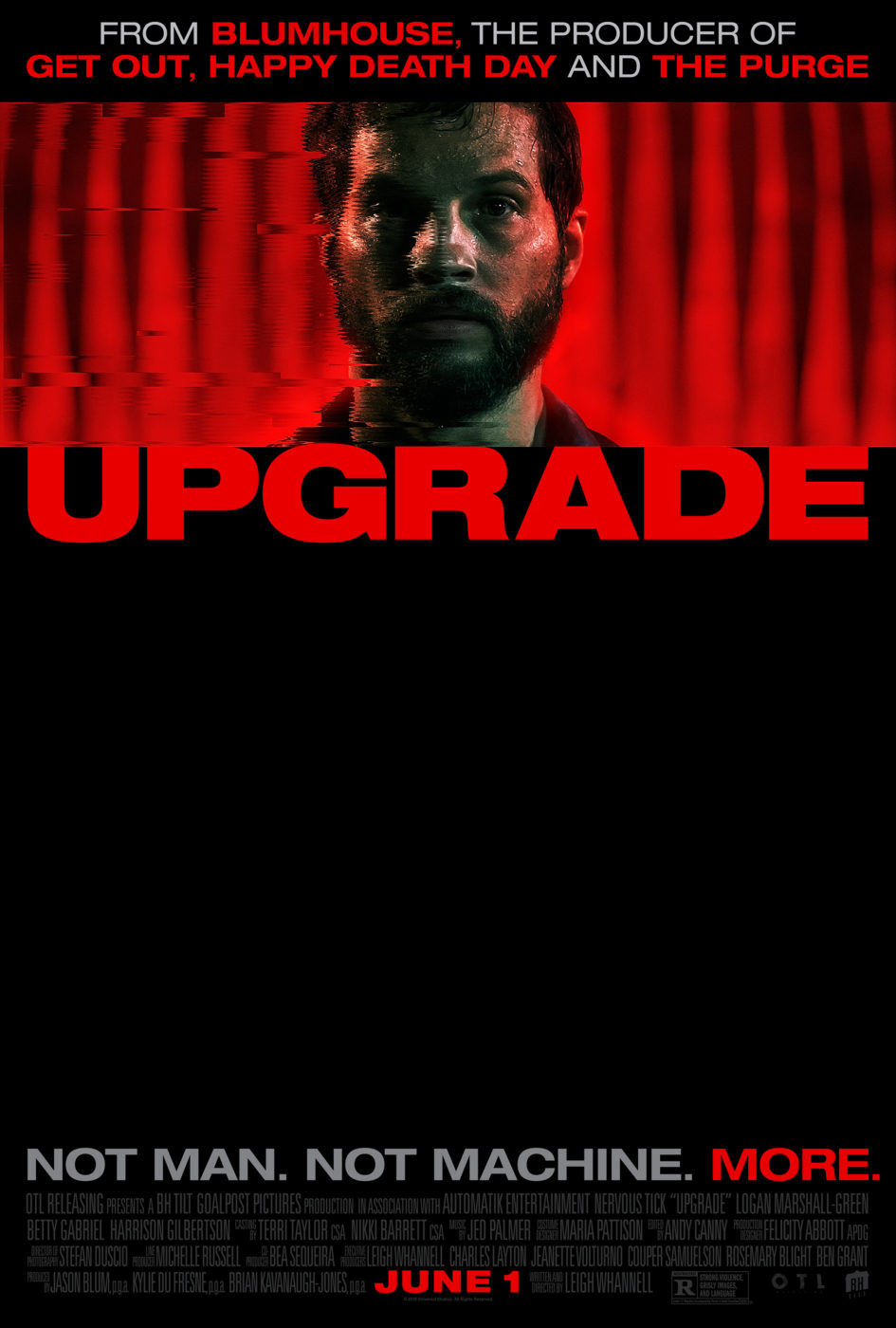 Attention Nashville horror fans: This week, Blumhouse Productions is offering free passes to attend a promotional screening of a soon-to-be-released film. Upgrade is the hyper-violent vision of the future from the producers of Get Out and The Purge and the creator of Saw and Insidious. Would you be interested in getting free tickets to attend this event?

Upgrade Synopsis:
— After his wife is killed during a brutal mugging that also leaves him paralyzed, Grey Trace (Logan Marshall-Green — Spider-Man: Homecoming, Prometheus) is approached by a billionaire inventor with an experimental cure that will “upgrade” his body. The cure — an Artificial Intelligence implant called STEM — gives Grey physical abilities beyond anything experienced, and the ability to relentlessly claim vengeance against those who murdered his wife and left him for dead.

Upgrade is an action-comedy-horror movie written and directed by Leigh Whannell, whose previous credits include writing, producing and acting in multiple films of the Saw and Insidious franchises, along with the great movie, Cooties.

Zombies In My Blog is partnering with Blumhouse to give away 20 tickets (and a plus-one) to the promotional screening, which takes place on:

In order to qualify for the two tickets to the screening, simply like Zombies In My Blog on Twitter and Facebook. Winners will be randomly chosen on the evening of Monday, May 21. Please arrive early as seats are distributed on a first-come basis and are not guaranteed.

For more information about the movie, check out the official webpage. Upgrade will be released in movie theaters on Friday, June 1st.