Why Negan is Not Scary and Neither is The Walking Dead 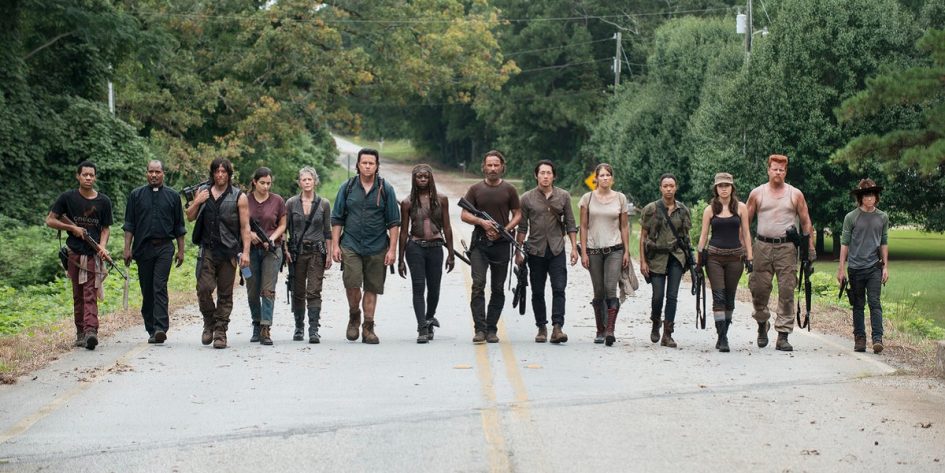 I’m one of the few people who doesn’t particularly like The Walking Dead. Quite honestly, I didn’t make it through the first season before I was bored to tears with the show. Almost no actual horror, very little motivation to do much of anything and no ties to the greater outside world left me just not that particularly taken by the main characters. I have, however, kept up with the TV show. I used to attend horror conventions where Norman Reedus would have a three-hour line for his autograph, and as a member of endless horror and pop-culture groups, I know I’m one of the few who doesn’t love the show. If I dare even say the show isn’t horror based, I get a very quick, “OH, YES IT IS.” OK… settle down there…

But fans, I ask you… is it horror? First of all, I have kept up with the storyline and know the basic plot of the comics. I am going to tell you a secret, something that you fans will not like: The Walking Dead isn’t scary, because the writing is quite terrible. All the story is about miserable things happening to miserable people and… that’s it. There is nothing else. All stories have an ebb and flow: good things happen, then bad things, then the characters change in some way and you learn something and the story grows. Yeah, not The Walking Dead. Nothing happens. Oh! Someone died. Wow. Let me go put on my surprised face. What? Rick and some dude who is basically the bad version of Rick are fighting? No way. Seven seasons and they haven’t met any kind of real government, no one has set up communications with the outside world… and there are still Zombies. That’s not even possible, because math. Here is an article explaining that from Buzzfeed. I won’t bore you with the math.

I don’t think the writers even know what to do, to be honest. I swear it’s like it hasn’t even occurred to them to have people attempt to use a CB radio or try in any way to contact the outside world. They have run into way too many people for there not to be a large amount of people left alive. Many of these people absolutely would be elected officials, who would have had protection and would have the ability to set up a safe zone. What’s the end point of the show? Where is it going? There hasn’t been any main progress in the show for about, oh, the last six seasons. That isn’t horror, perhaps I could call it an over-dramatic snuff film, though. Horror fans, you have been tricked. You got pulled into a plot-less, boring show on the premise of Zombies. Horror can’t be dragged out like that, season after season. Why do you think American Horror Story changes its theme every season, and even then it’s often bogged down with sloppy storylines in an attempt to keep the story going. Fact is, people can’t just stay afraid for years of the same character (I’m not talking about films that bring bad guys back, but TV shows with the same bad guy for half an hour, over and over for an entire season)… which brings me to Negan.

Negan is a pointless character who adds nothing new to the series. I won’t say the actor is doing a bad job of creating Negan. After all, he can only work with what he is given, but I will say the character, with this storyline, adds nothing new to The Walking Dead Universe. He isn’t scary, he is just frustrating. It’s more like, “Oh, you AGAIN. Another bad guy who will just kill off some characters.”

“He does it with more style,” you say, than the last guy who pretty much did the exact same thing? Right. Totally different character and plot line.

I get that I have never been a big fan of the show, however, I can see how fans enjoyed it at one time… but The Walking Dead, like many shows before it, has outlived its story. The writers have nothing new to say. Let me tell you how the show will end: more characters will slowly be picked off in some pointless way and a couple of them will make it… continuing to live on some kind of commune, with no contact with the outside world, with no real-life set up and Zombies apparently will never just get killed off or just deteriorate. Nothing will change… the end.

There, I just saved you a lot of time.