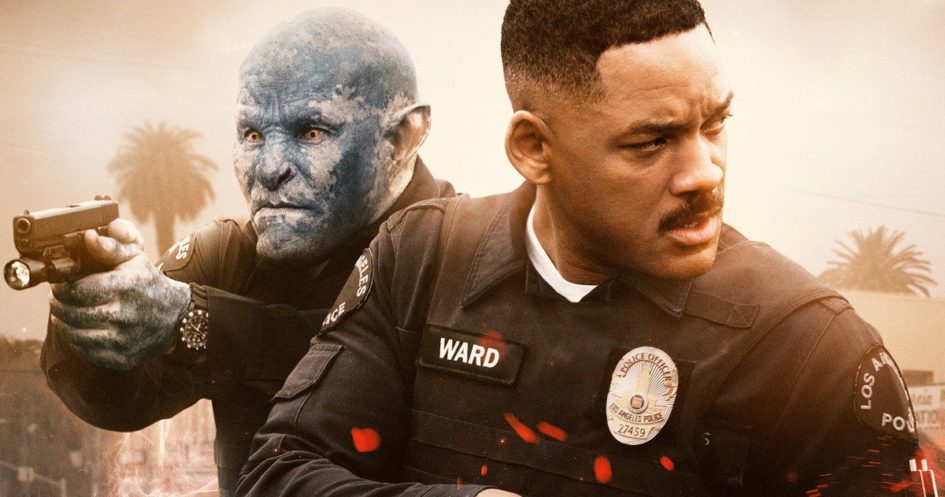 Bright is a new cop drama film from Netflix. But unlike any of the other cop dramas that saturate the streaming media service, this one brings in the “what if” mentality. What if the world as we know it was crossed over with the fantasy universe so many of us play in video games or role-playing games? We now have an answer for that question.

When I first heard about this film, I was very skeptical. I heard that Will Smith had signed on for it, but in my opinion, Will Smith’s career path has started to follow the Adam Sandler path. Yeah, they are great actors in their fields, but they have really starred in some stinkers as of late, in my opinion, of course. But being the fan of both genres, I felt I at least had to give it a try.

Bright takes place in an alternate vision of Los Angeles. In this world, humans, orcs, elves and other fantasy creatures live in an unsteady peace since a great war between them. It is like a Tolkien version of class warfare: Elves are the upper class, orcs are the lower class and humans exist in between. Will Smith plays Officer Daryl Ward, a rough-on-the-edges cop who is assigned to work with Nick Jakoby, L.A.’s first orc officer, when no one else wanted to work with either of them.

Ward and Jakoby have a very tumultuous relationship. Ward had been shot by another orc during an incident and Jakoby claimed he was subdued by the offender, who was then able to get away. Because of this, Ward lost trust in his partner, but would not work with Internal Affairs to get his partner thrown off the force.

When responding to a call, the officers find themselves tracking down a group of elves who were attempting to use a magic wand. In this universe, magic wands are incredibly powerful items that can grant wishes or be used for weapons. However, wands can only be used by “Brights.” Should a non-Bright attempt to even touch a magic wand, they would be incinerated, along with those in near proximity. In stopping the elves, Ward and Jakoby arrest a young elf named Tikka, who is extremely scared of the owner of the wand, named Leilah. 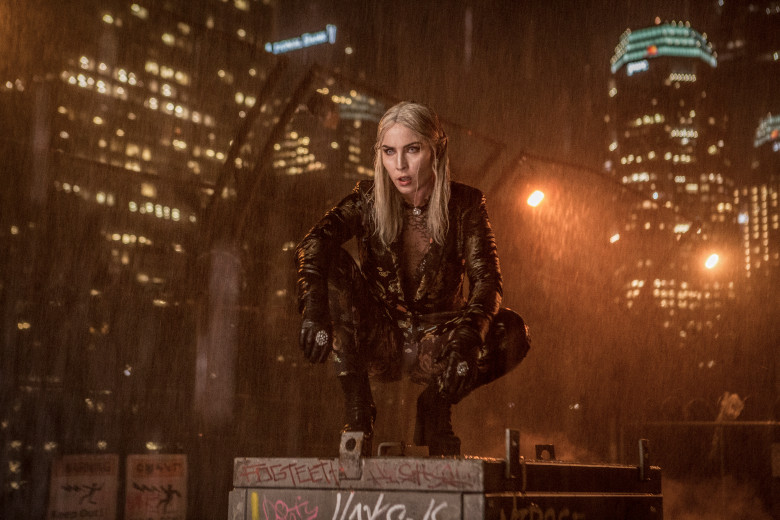 Ward calls in for backup after he and Jakoby secure the wand. However, the officer who shows up wants the wand for their own purposes. Initially, the reinforcements give Ward the chance to join with them and to use the wand to help themselves. They tell Ward that he has to kill Jakoby and they all will benefit from the wand. However, after Ward goes to confront Jakoby, they  plot to kill them all.

As they flee from the elves, the trio is captured by the Fogteeth Orc clan, a group of street thugs, who heard rumors of the wand and want to find it for their own purposes. They are brought to the leader of the clan, Dorghu, who has both beaten mercilessly, all the while taunting Jakoby for turning his back on being an orc and not becoming a “blooded” member of a clan. After repeated beating and attempts to break Jakoby into telling them about the wand, Dorghu orders his son to kill him. However, his son reveals that he was the orc who Jakoby had let go, and thus he cannot take his life as he saved his. Allowing his son to leave, Dorghu takes his gun and murders Jakoby, firing a shot thru his chest. As Ward berates Dorghu for his actions, Tikka pulls out the wand, and resurrects Jakoby. Believing that their prophecy is complete, the clan bows and allows Ward, Tikka and Jakoby to leave.

After leaving, Ward finds that Tikka is mortally wounded, and will die unless she is bathed in a special pool located at Leilah’s hideout. She also reveals that she was a member of Leilah’s gang, who were going to use the wands to bring the Dark Lord into the world, who would help the elves destroy the other factions. Tikka has a change of heart, and that is why she is helping Ward and Jakoby save the world. 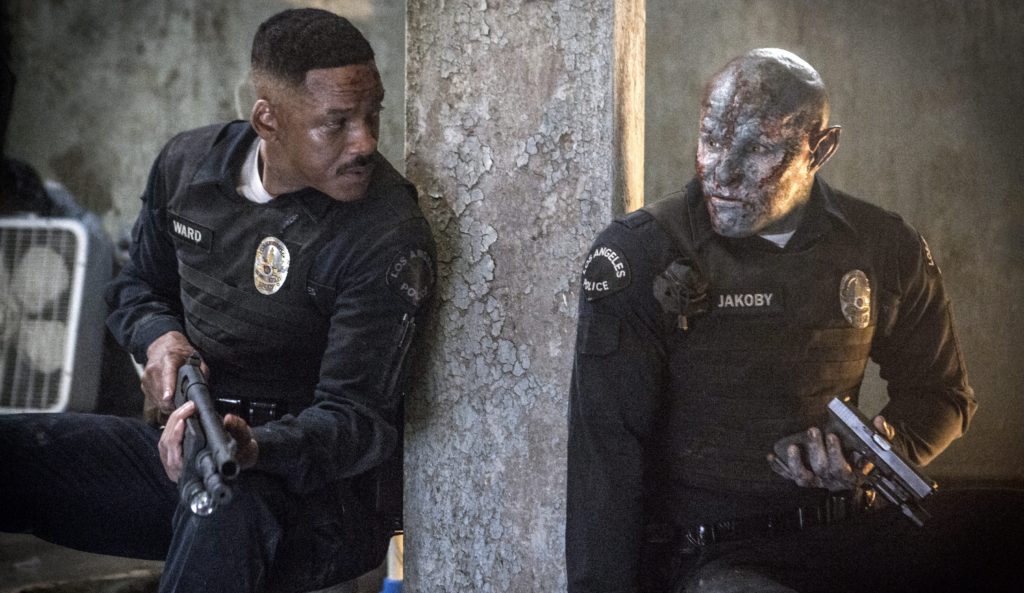 I have to say I liked this movie. I have seen lots of critical reviews about the film, and to be honest, I came in with some bias thinking it was not going to be a grand film, but I have to say I was very surprised and actually want to see a second film. Yeah, there were some plot holes in the film (like maybe some background on why Leilah was such a bad-ass elf, a little background into the orc prophecy that was fulfilled, and if only a Bright can use a wand, why would anyone take the chance of even touching one??), but I think these all can be explained by using some “fantasy knowledge.”

This film is more than just a fantasy cop drama. It is more of a fantasy race battle. There are lots of stereotypes given in the film, giving more of a political message to the whole film about racism (though we have a few more races in this film than in real life). In one scene, Jakoby talks about how people look at him like he is scum, just ’cause he’s an orc, when a Hispanic officer agrees and give his own story of racism. Normally, I am not one who likes politics with his fantasy films, but in this film, it 100 percent works. Maybe more films like this need to be made.

I recommend anyone who loves fantasy films to check this out. It is a good film, regardless of what my fellow critics say. I give it two thumbs up and a solid four out of five stars (only because of the small holes in the story).

Be sure to watch Bright soon!