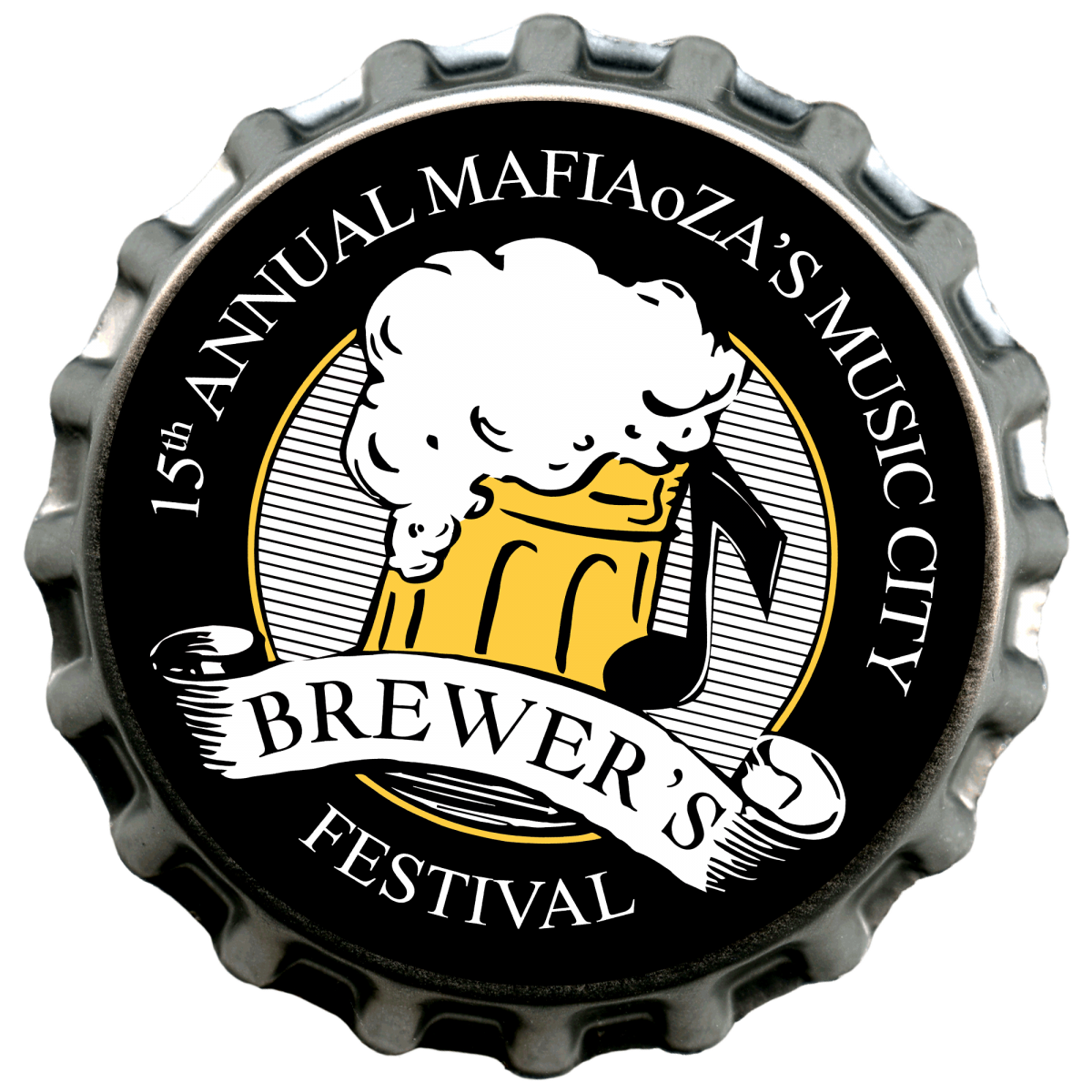 Per Matt
Crystal is considered the traditional 15th-year anniversary gift, but for Mafiaoza’s Music City Brewer’s Festival, which is celebrating its 15th annual beer festival in Nashville this week, a different type of gift should be honored: Craft Beer! More than 50 local, regional, national and imported beers will be available for attendees to sample and enjoy on Saturday, August 6th at the Walk of Fame Park in downtown Nashville, TN.

“It’s amazing that we are celebrating 15 years this year!” said Regional Event Director Candace Price. “The brewing landscape has changed so much in that time and we are proud to be a part of it. We’ve helped brands launch in the Nashville market and provide an opportunity to bring new consumers in to learn about and appreciate new beers.”

The beer festival is divided into two main sessions, with Session A lasting from 12 noon to 4 PM on Saturday afternoon and Session B taking place at 6 PM to 10 PM on Saturday evening. Attendees are encouraged to sample craft beer, ciders and spirits from all participating breweries and distilling companies. Food will be aplenty at the beer festival, as Mafiaoza’s Pizzeria & Neighborhood Pub is the title sponsor, providing great local food. Other food options include The Dog of Nashville, Mrs. Grissom’s Select, Puckett’s, Boutique Burger Bar, That’s Mighty Good Foods and Krave Jerky.

Local musicians will be performing throughout both sessions, including Edsel West, The Aquaducks and DJ Rod Youree.

The party before the party is a reception held on Friday night, from 7 PM to 9 PM. This event is actually a fundraiser for the Tennessee Craft Brewers Guild, which will include a tasting of specialty brews and food from area restaurants. Reception attendees will get the chance to visit with the very brewers who crafted the beers featured at the festival.

“The Friday night event started as a way for all the brewers to get together the night before the festival and network,” notes Candace Price. “Three years ago, we opened the event up to the general public and now sell tickets that benefit the TN Craft Brewers Guild. It’s an intimate environment and a chance to rub elbows with the brewers at the event.”

Admission tickets to both sessions of the Saturday beer festival do not include access to the Friday night reception, but the proceeds for Saturday’s activities will support the Second Harvest Food Bank of Middle Tennessee. Technically, Friday and Saturday’s activities are considered separate events and both are worthwhile endeavors.

Get your tickets before they sell out! I attended last year’s event and had an absolute blast. I can’t wait to see what’s in store for this year’s event!