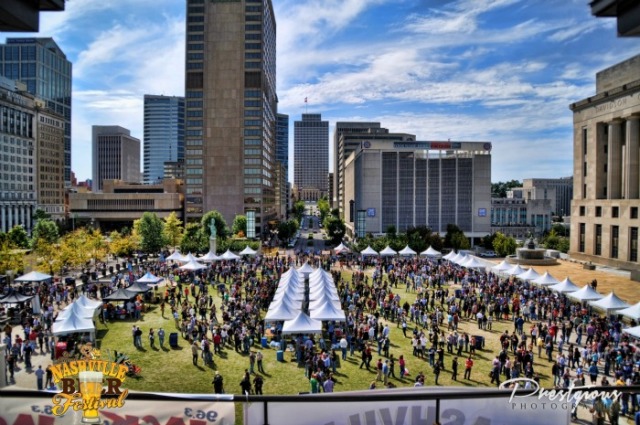 Per Matt
This weekend, the fourth-annual Nashville Beer Festival will be moving into East Nashville to celebrate craft beer and community.

On Saturday, September 20th, from noon to 6 pm, the Nashville Beer Festival will be taking place at East Park, where more than 100 beers (local, nationwide and European) will be on hand for sampling in a fun, party atmosphere. But that’s not all. There will be live music, multiple food options and even spirits to sample, as well. To get there (and back again), Uber is offering a free ride for all attendees.

Previewing the 2014 Nashville Beer Festival, I interviewed the Festival Co-Director to find out more details about the event.

How did you get involved with the Nashville Beer Festival?
– “I’ve always been a beer snob and specifically a pub and microbrewery fan since I lived in Europe, mainly London, where pubs are everywhere. A few years ago I had the opportunity to join with some people to bring a fall beer fest to Nashville.”

What is the origin of this festival? How did it begin?
– “At the time there was only a beer fest in the summer, so we felt like the fall was perfect time for a beer festival in the midsouth. We were fortunate that a businessman in town helped us get it off the ground. This year is the fourth year of the festival.”

Please tell me a little about some of the breweries that will be participating.
– “There are more than 45 breweries and 120+ beers, including 12 local breweries from Nashville and middle Tennessee, also beers from Europe, including Belgians and Italian beers.”

I believe there is more than beer available for sampling. Can you tell me a little about that?
– “We’re excited that Blue Chair Bay Rum, Old Forester Bourbon Whiskey and American Born Moonshine will be presenting their very popular spirits, included in the ticket price. We recommend guests arrive early. These and many breweries will be very popular.” 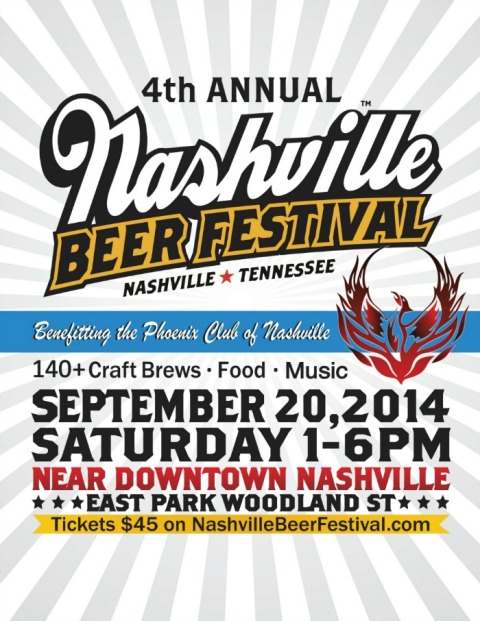 This is the fourth year for the festival. What’s new for 2014?
– “We are at a new location, East Park in East Nash. People in East 37206 have been so welcoming, they are way cool and there is great community there. Add in our general Nashville clientele and this year’s event is primed to be a Music City celebration, which we have always envisioned it to be. More than 2,500 people attend. Also our new charity beneficiary, The Phoenix Club, is a great addition for sure. Yes, we love beer, but there is so much more going on in the festival. More than 50 clubs, groups & local businesses help host and pull off the festival. There are so many people to thank we could never thank them all.”

What kind of food options are available at the festival?
– “There will be seven food providers in all the main categories: BBQ, burgers, dogs, chicken, pizza, wings and chicken and more.”

Can you tell me a little about the musicians who will be performing at the festival?
– “The Bluegrass Drifters return for the second year in a row. They are a great local bluegrass band with a big following. They perform often in 5 points in East Nash.”

Please tell me a little about the charities involved with the Nashville Beer Festival.
– “The Phoenix Club of Nashville raises funds for charities through events, such as Taste of Nashville in November. They are a YP group of leaders and exceptional people, making a big difference in Nashville. Last year, they raised more than $200,000 for several charities, including Boys & Girls Club of Middle TN. We are just wanting to play a small part in their great work.” 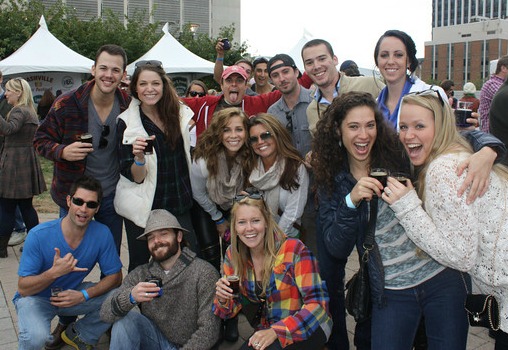 Is there a designated parking area for attendees? Are there any ride-share discounts available?
– “Uber is our Safe Ride Sponsor, they are offering free rides as well. There is ample free parking all around East Park. There are about 400 surface spaces, free, just steps from the park.”

Are tickets still available? What’s the main difference between general admission and VIP tickets?
– “Yes, tickets are still available. We usually sell out, close to the event. This is from FB:

“The VIP ticket includes one hour early entrance and food samples including pizza, while supplies last!”

Is there anything else you’d like to add?
– “The festival exists to bring people and groups together, promote local businesses and raise funds for charity. That’s been our mission since we began.”

“Thank you very much for reaching out to us and offering to post info & updates about the Festival! It’s because of local groups like yours that the Festival exists! We do welcome promotion, as there is a lot going in Nashville, and we want to be sure people know about this event, so that everyone can win.”