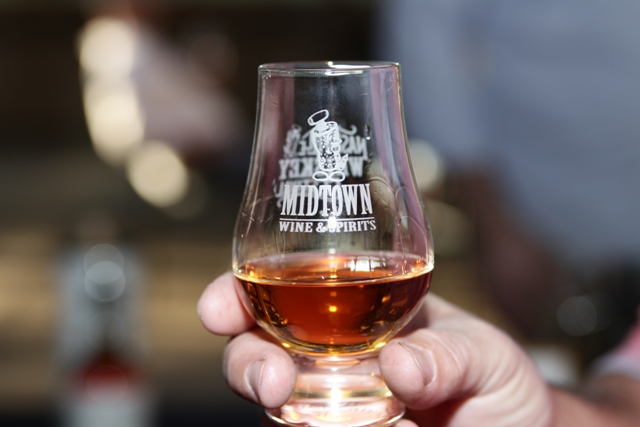 Per Matt
Get ready, Nashville! As the Country Music Hall of Fame prepares for a liquor makeover, we preview the Nashville Whiskey Festival.

On Saturday, October 11, everyone will be in good spirits as the spirits are flowing in the third-annual Nashville Whiskey Festival. Attendees will get to sample a variety of liquors, including Scotch, Irish, Canadian, and Japanese whiskey, as well as bourbon and Tennessee whiskey.

Produced by Corkdork, Inc. The Grand Tasting event takes place from 6:30 pm to 10 pm, but that’s not all. Throughout the evening, participants are encouraged to attend a variety of informative-and-fun seminars, in addition to a cigar bar, an outdoor pavilion and an assortment of catered food to partner with liquor samples.

Speaking of liquor, there will be more than 60 whiskey producers at the event featuring a wide variety of 300-plus bottles for tasting purposes.

Previewing the festival, I spoke to Event Organizer Paul Patel to get more information.

Could you tell me a little about the festival?
– “This is our third-annual Whiskey Festival. We saw a big need for a festival, like ours, in Nashville, considering we, as a state, are a large consumer of brown goods, per capita, in the US.”

I’m guessing the festival has grown each year?
– “Yes.”

How many distillers participated at the first year’s event?
– “The first year, we only had U.S. whiskey. The second one we included world whiskey. This one is the same. We’ve got representation from everywhere.” 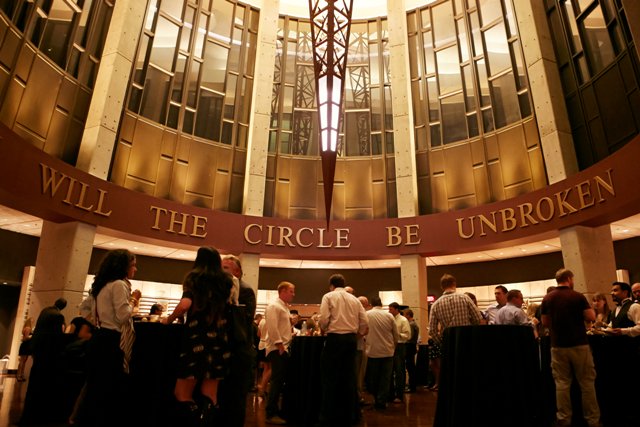 This festival isn’t just about tastings. There’s also seminars included.
– “We’ve also got some seminars. One is a bitters seminar. Mixology is such a big part of what’s going on, today. Bitters are coming back to its glory days. Although we found out Jim Rutledge is not going to be there, he injured his shoulder, we have to replace him with another distiller who will be there to talk about the difference between Bourbon, Scotch, Irish and Canadian whiskey.”

“The next seminar is The Art of Blending with Angel’s Envy. We blend our own Angel’s Envy barrel every season, when we get it. How we pick out our barrels and how we blend is what everybody will get to see, in that seminar. The final one is the Scotch Whiskey seminar with Jeffrey Karlovitch. He is an amazing fellow. I think he’s in Scotland and he’s flying in this week for the event.”

Will there be barrel tastings at the festival?
– “Along with all these seminars, we also have a lot of barrel tastings. We pick a lot of single barrels for our store. So, this year, we are allowing our VIP attendees to taste barrels for us. The VIPs will be able to pick their choices and those are the barrels that we will end up buying for the store, Midtown Wine & Spirits. There’s a lot of barrel choices that we’ve got. There will be a lag time, because they will be bottled and then they come to the store. These barrels will not be immediately available.”

Can you tell me a little about the Country Music Hall of Fame event space?
– “The event space is taking place inside their huge event hall. It is impressive. They’ve got 25-foot windows that face downtown Nashville. It’s the first year in that upstairs space. It’s, no doubt, the best space in town.”

What kind of entertainment will be provided at the event?
– “We’ve got live music. We didn’t want to have music to be too overcoming. Last year, we had great music, but it was too noisy for the venue. We’re going to have the music unplugged, this year. One of the bands is Lost Dog Street Band. They’re a duet and they’re fantastic.” 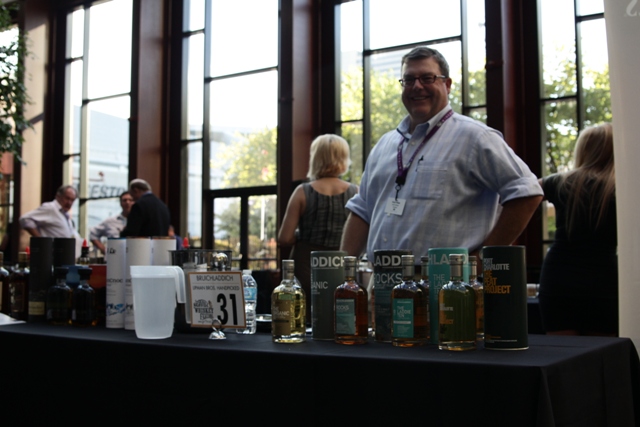 What kinds of food can we expect?
– “The menu may change, but there will be displays of fruits and vegetables, spinach-artichoke dip with homemade chips, three-been bruschetta, sweet-potato biscuit with braised pork belly, spicy-cornbread tartlets with barbecue chicken and more.”

A portion of the festival’s proceeds will go to the Nashville Clean Water Project. Can you tell me a little about them?
– “We joined up with Mark Thien, who runs the organization, three years ago. He organizes people to clean up the lakes around Nashville. For whiskey, having clean water is very important. When people are on Percy Priest Lake, they just trash it. There is an abundance of trash accumulated. Mark’s taken the initiative to find volunteers and clean up the local area lakes and waterways. He’s done really well with that.”

What’s the best location for festival parking?
– “The best place to park would be at the Music City Center. It’s very convenient, it’s just next door and they have 1,400 parking spots. It’s very reasonable, too. We have an Uber promotion, as well. Anybody who hasn’t already registered can sign up for a $25 free ride. The code is WHISKEYNASH.”

Is there anything else you’d like to add about the festival?
– “Again, there’s nothing like this, around us, especially in the Southeast. This is a premier event that will draw a lot of people. We really try to fashion it after the Chicago, New York and San Francisco events. The Hall of Fame is a very classy, world-class event space. Nothing compares to it, in our area.”