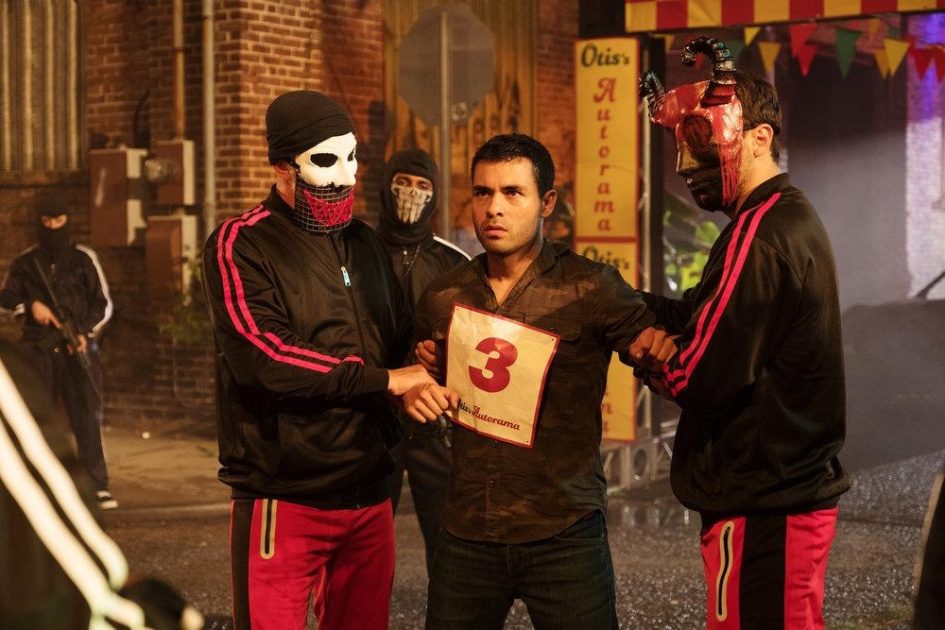 If you’re like me, you might have a few questions about the new USA original TV series, The Purge.

First of all, what is this? Is it a continuation of the four feature films distributed by Blumhouse Productions? Is this a standalone story, divided into 10 episodes totally unrelated to the movies? Is this a sequel or even a prequel? Or is it none of those options?

Will we see the formation of New Founding Fathers of America via flashbacks?

Where can you find it?

Why did this show premiere in September instead of naturally being shown in October?

Why release this film during the same year as The First Purge?

Can a 10-episode event have enough storylines without padding the TV series?

As far as pilots go, this one offered so much background information, it feels totally opposite than all the action-packed feature films that share the same name. The following nine episodes may be a 180-degree turnaround in terms of storytelling style, but this one felt way too slow to keep my interest up.

The civil unrest, criminal activity and mayhem returns to the USA Network on Tuesdays.