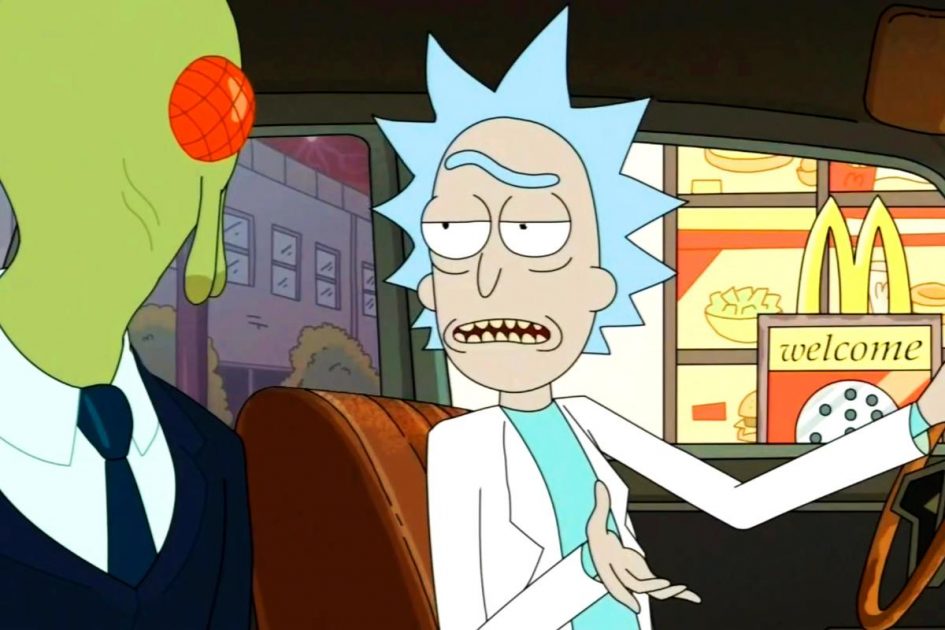 In some kind of reverse April Fools’ Day prank, last night Cartoon Network aired a new episode of Rick and Morty. I found it completely by accident.

Picture this. It’s 2017 on April Fools’ Day and I’m getting ready to go to dinner, turn on the TV and there it was: Rick and Morty… wait a minute, I think… I haven’t seen this episode. I check the channel guide, it says Bob’s Burgers. Have I entered a new alternate dimension where Rick and Morty has started their new season? I do not know. I hit the Internet for answers. After searching, I find out that my eyes, in fact, are not deceiving me. This is NOT A TEST!!! Rick and Morty is airing. In fact, Cartoon Network showed the episode on loop until midnight. I imagine Cartoon Network just managed to pull the best April Fools’ prank in the history of TV… you know… if you are a geek.

So, I get ready, grab my table at the T.G.I. Fridays and watch it while drinking Long Island Iced Teas at the bar and enjoying endless apps. First, the bartender is all, “Hey, whatcha watching there…” Then, most of the staff stopped by. Finally, one of the bartenders shouted across the restaurant, where they talked about ways for the staff to stream the show in the back. The room was in a frenzied state of excitement. Rick and Morty fans take this show very seriously, and we have been patiently waiting for a year, now, for new episodes. The withdrawal is real. I was disturbed by excited fans so many times I had to watch the show three times to fully get everything that even happened.

So, last time we saw Rick, he was in jail, captured by the Federation for crimes unknown to us. Season 3 opens with Rick and the family eating at a Shoney’s and somehow Rick is out of prison. Except none of that happened, only in Rick’s mind, as the Federation was attempting to get information out of Rick and that was all a simulation. The next 25 minutes or so are chock full of Rick being Rick… the morally neutral mad scientist, and smartest man in the multiverse. This episode lives up to all your expectations by being an action-packed episode, while at the same time addressing all of the complexities in each character and, of course, plenty of philosophic questions about our heroes.

Was the episode good? I mean, of freaking course it was. It was amazeballs. The show seems to be taking a slightly darker course this season, which they tell us will air sometime this summer. Or is it taking a darker course? With Rick, you never quite know what he is really thinking, so anything is possible… including this entire episode not even really happening. Who knows? What I will tell you is the writers have definitely upped their game this season. I also think the show was an epic way to get the whole Rick-has-been-captured thing out of the way, so Rick and Morty can go on more adventures.

So, if you haven’t seen the episode, titled “The Rickshank Rickdemption,” you can probably find it somewhere on the interwebs. I think Adult Swim has Rick and Morty available online. I wouldn’t worry too much, I’m sure Adult Swim will be airing it again sometime soon. If not, perhaps this commercial about McDonald’s Szechuan Sauce commercial will help. Wubbalubbadubdub!!!!