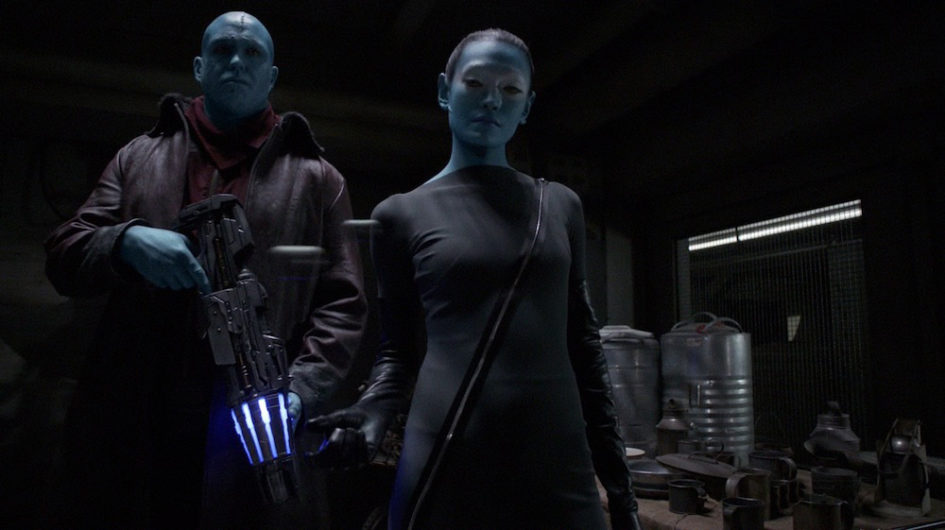 Season 5 formally introduces the Kree to Marvel's Agents of S.H.I.E.L.D.

What better way to reintroduce a superhero series than by a soft reboot formally introducing the Kree?

Marvel’s Agents of S.H.I.E.L.D. returned last week on a new night for Season 5 that began with our heroes discombobulated and disoriented, attempting to survive while figuring out just what the heck was going on… along with their current location. Directly picking up from last year’s season finale, the crew had finally escaped the Framework and destroyed Aida, so it was time to celebrate by enjoying a slice of pie at a diner. Instead, they’re kidnapped and before they can figure it all out, another Monolith is revealed, sending them to an all-new location. But this one is different, somehow. Besides being white colored, it sends the crew — sans Fitz — into the future.

Located in a satellite outpost in outer space, S.H.I.E.L.D. seems to have been summoned in order to save humanity. Planet Earth has been destroyed — supposedly by Quake — and the last of the human race is enslaved by the Kree, under constant attack by Vrell Nexian (also known as roaches). It’s claustrophobic, a little maddening and confusing for both the on-screen characters and the audience, immediately summoning visions of the Alien movie franchise.

It’s a savage place, where “a life taken… is a life earned.”

Mack doesn’t take too kindly to alien abductions, claiming to quit once again (he tried, unsuccessfully, years ago), as soon as he’s back on Earth. Daisy seems to be their secret weapon, since these Kree most likely haven’t seen any Inhumans before. Deke introduces the audience (and the characters) to this new location, although his appearance as a scruffy survivor wearing a brown leather jacket and futuristic space helmet seems more like a cheap Star-Lord knockoff from Guardians of the Galaxy. May suffers some turbulence after piloting a spaceship for the very first time and Simmons deploys the First Rule of I.T. successfully.

“Can we all agree there’s some magic at play?”

The two-hour season premiere reveals this space station is known as the Lighthouse, a former underground bunker where humans currently attempt to survive. The crew was summoned from the past in order to save the future; it’s the end of the world and it looks pretty bad for humanity.

The series finally gets a formal introduction to the Kreepers — a.k.a. the Kree — who seem to thrive on keeping humans submissive. Who is Kasius and what is his role on the show? But most importantly, who is Sinara, his female superpowered companion? The Kree’s special-effects makeup looks incredible and the FX budget must have been HUGE for these two episodes alone, but will that continue all season long?

Random Thoughts: S.P.E.A.R. gets a shout-out, Sharknados are disproven and another version of the Framework program? Please, no. Let’s focus on the problems at hand, not another misadventure within virtual reality. The next episode, “World’s End,” looks promising, creating visions of Mortal Kombat dancing within my head.

Final Thoughts: In a previous post, we discussed the current state of superhero shows airing on ABC. If this season really is the beginning of the end of the TV show, it definitely looks like it’ll go out with a bang and on its own terms.