Snowpiercer Fights for Survival in Season 2 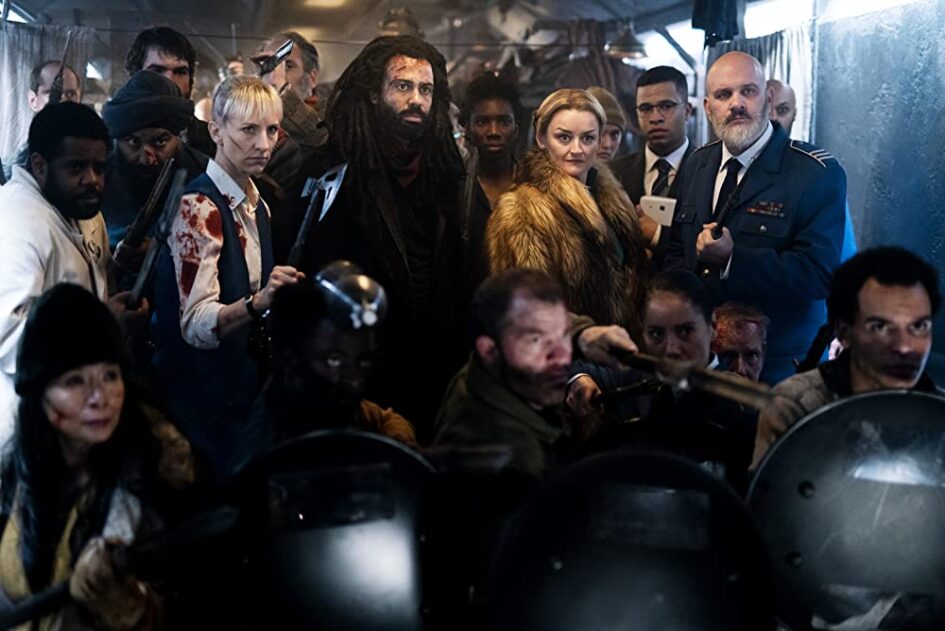 Too many chefs in the kitchen can ruin a good meal… especially during a future worldwide catastrophe. For Season 2, TNT’s Snowpiercer finally introduces the man, the myth and the legend, who has been hyped up for the entire first season. Is Mr. Wilford a misunderstood protagonist? The new Big Bad? Possibly an antihero? As his mysterious past gets revealed, it’s about time the character steps into the spotlight and shakes things up among the last vestiges of humanity.

Seven years after the planet became an uninhabitable, frozen wasteland a perpetually moving train housed Earth’s only human survivors. Life was not easy aboard the Snowpiercer, as an oppressive class system hampered unity. Season 1 explored a mysterious murder and social justice among the groups, which culminated in a new democratic experiment. All of this is placed on hold, as giving in to a dictator’s demands may throw it all away. Martial law is declared and class warfare is temporarily paused, as fighting for the right to live free is powerfully uniting.

Hyped as “two trains, one future,” the show’s second season has brought new priorities for these characters. I’m not gonna lie, I was thinking the overall dynamic of the rich constantly bickering with the poor would not hold my attention for another 10 episodes. “The Time of Two Engines” pleasantly rekindled my interest in this series, as the season premiere extends the show’s canon. Everyone’s got an angle, employing different goals for survival. These characters are literally breaking free from the ties to their past, I’m just hoping the overall storyline doesn’t get stretched too thin, as they get written into a corner with nowhere to go (as Season 1 felt like).

With outside temperatures shuddering around 118 degrees below zero, life aboard the train is essential. The old world is forgotten among these characters, and so is unity, it seems. Lies wrapped deep within desperate, self-preservation must be shoved aside as both trains — Big Alice is 40 cars long and Snowpiercer’s got 994 — appear to be permanently merged, so now both rivals must work together. Now that’s a true sign of hope for humanity’s future.

Joseph Wilford (played by Sean Bean) believes he built the world and now he wants to rule it… but it was taken from him, so he’ll do whatever it takes to achieve that goal, especially threatening humanity’s future. The acting is spot-on and the revelations don’t feel world shattering, as each characters’ actions seem justified. Horror elements are always lurking within the background and a pregnancy offers hope for the passengers (AK! Not again!). New characters Icy Bob and Oiler Bob are intriguing, as is the impressive low-tech mutiny where the characters let off some steam. I would like seeing more of Steven Ogg, but he doesn’t have a large enough role here. His character, Pike, is a pain in the ass to everyone he’s around (much like his role on The Walking Dead).

Lies have been told and past truths have been shrouded, so the inevitable flashbacks should be expected to decipher it all. Through 11 episodes at least, the filmmakers have carefully molded the storyline to focus on current and possible future events, never fully revealing the past. I am impatiently waiting for a reasonable and plausible cause for the show’s harsh environment. And speaking of the setting, a snowfall might hint at Earth finally awakening, returning to life. But if the planet becomes habitable once more, there’s no need for life aboard a train. That would instantly be a wrap for the show.

A global apocalyptic disaster series is just what the doctor ordered during a worldwide pandemic. I can’t wait to see what happens to these characters. Initially a graphic novel titled Le Transperceneige, Bong Joon Ho adapted the original source material for the big screen in 2013, featuring Captain America himself, Chris Evans. Now translated into a TV show, the Oscar-winning filmmaker remains onboard as executive producer. No stranger to economic-divide stories, Bong has been on a roll lately with his stateside releases. Already a fan of his adapted film, I have separately enjoyed this iteration as well. Without reading the book, I’m wondering the source of the newly introduced plot devices. While I would like to see more story elements from the book brought into the show, I can’t differentiate how much of the story is actually from Bong.

There might already be too many chefs in the show’s writers room. Does TNT’s version primarily follow the original author’s work? Or is it mostly that of Bong Joon Ho, who’s bringing it to life on the small screen? Or does it simply follow the showrunner’s direction, away from both? The battle looms large in a fight for the future in each scenario. I just want to be entertained by a good story.