Superheroes on TV — Marvel vs. DC: An Overview 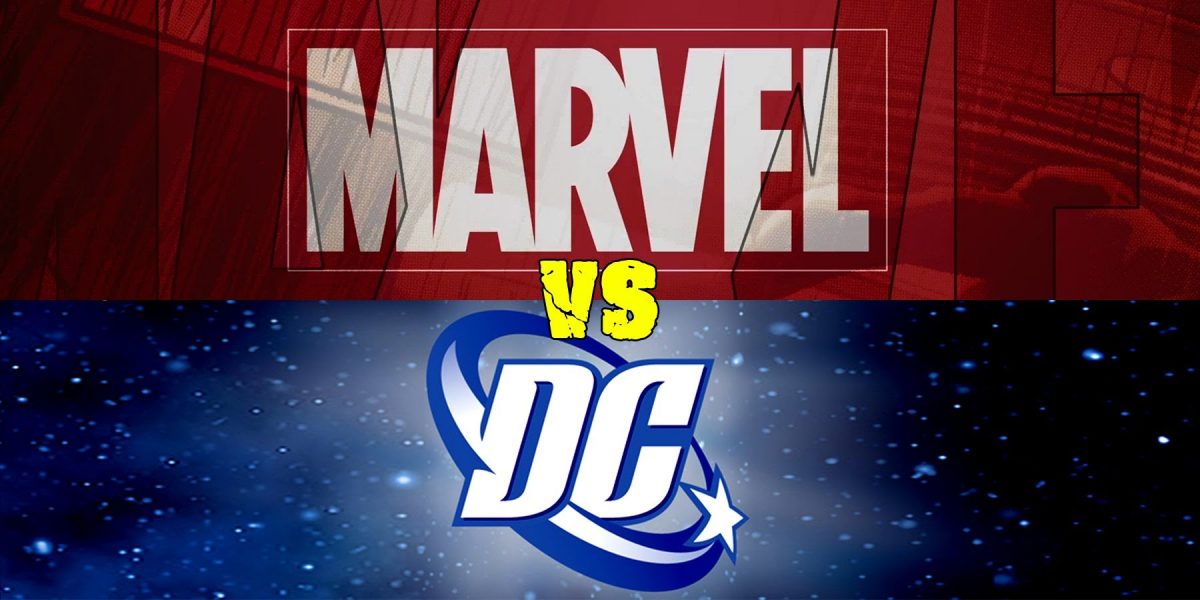 For a complete version of this article with photos, see TV Superheroes — Marvel vs DC: The Whole Story.

Superheroes are the hottest commodity in pop culture. The current state of live broadcast television projects has eight Marvel and DC properties: For Marvel, Agents of S.H.I.E.L.D. (2013-present) and Agent Carter (2015-16) on ABC; for DC, Arrow (2012-present), The Flash (2014-present), and Legends of Tomorrow (Jan 2016-present) on The CW; Gotham (2014-present) on FOX, and Supergirl on CBS (2015-16) and now on The CW. Each show tells a long-form story over each season with a “Big Bad” and a major cliffhanger to end the season. This spoiler-free discussion will not focus on faithfulness to canon.

Marvel
Agents of S.H.I.E.L.D. is the glue that holds the Marvel Cinematic Universe (MCU) together. When Joss Whedon and Company designed the show, they knew certain events would occur in Captain America: The Winter Soldier, and decided to keep the show consistent and coherently aligned with the film series. S.H.I.E.L.D. characters’ arcs would be revealed over the next seasons of the series as the story addressed the origins of HYDRA and the Inhumans, with great girl power themes, laying Easter Eggs and paying them off, with foreshadowing and call backs. In music, the phenomenal Bear McCreary composes 30 minutes of music per episode.

DC
The DC multiverse began with a reimagining of the Green Arrow. DC separates their television and film ‘verses, confusing and frustrating fans trying to find consistency, allowing the DC TV ‘verse to create its own canon. Arrow is fun to watch, especially frequent well-choreographed fight scenes, but overall, the tone is somewhat dark and brooding, which informed a lighter tone and brighter palette for its first spin-off, The Flash. Arrow was a highly skilled normal guy, while Barry Allen became the Fastest Man Alive and in his show, superpowers were the norm. Its success spawned DC’s Legends of Tomorrow with characters common across all three.

Arrow cleanly jumps back in time through flashbacks as a narrative device, but The Flash gives me headaches by using actual time travel as a frequent plot device. They play the idea of multiple timelines and the effect of tampering with a given timeline, creating alternate / parallel universes. To make matters worse, that is the whole premise of Legends of Tomorrow, an epically (f)rollicking mess of a show about… well, I can never really tell what it’s really about.

Supergirl is the fourth DC property, and Melissa Benoist is the perfect choice for this version of Kara Zor-El. The cast around her is excellent; there are twists, turns, and action that will amaze, along with some real cool interactions between the main characters.

Gotham is slowly introducing us to the young man who will eventually become the Batman. David Mazouz stars in the lead role, who is a phenomenal young actor. Gotham is a noir thriller set in a depressing world with a unique, bleak grey palette and narrative style. Like Supergirl, the cast is outstanding.

The Verdict
Marvel’s TV shows are tops because they are consistent with each other and the MCU. The color palettes are perfect, and the season structures make sense and always deliver. The guest stars never cease to satisfy, and best of all, the show is set in the real world in cities we know. Marvel also presents themes that are allegorical to topics in the real world, and the music on S.H.I.E.L.D. is the best in the business.

DC tries, but just can’t deliver consistently coherent stories for their shows on The CW. The characters on Flash and Legends are all over the place and their use of time-travel is just downright confusing and doesn’t ring true. Additionally, they all set their shows in fake places like Star City, National City and shit like that. We all recognize that Gotham is an allegory for New York, so why can’t they just call it that… ’cause DC doesn’t roll like that.