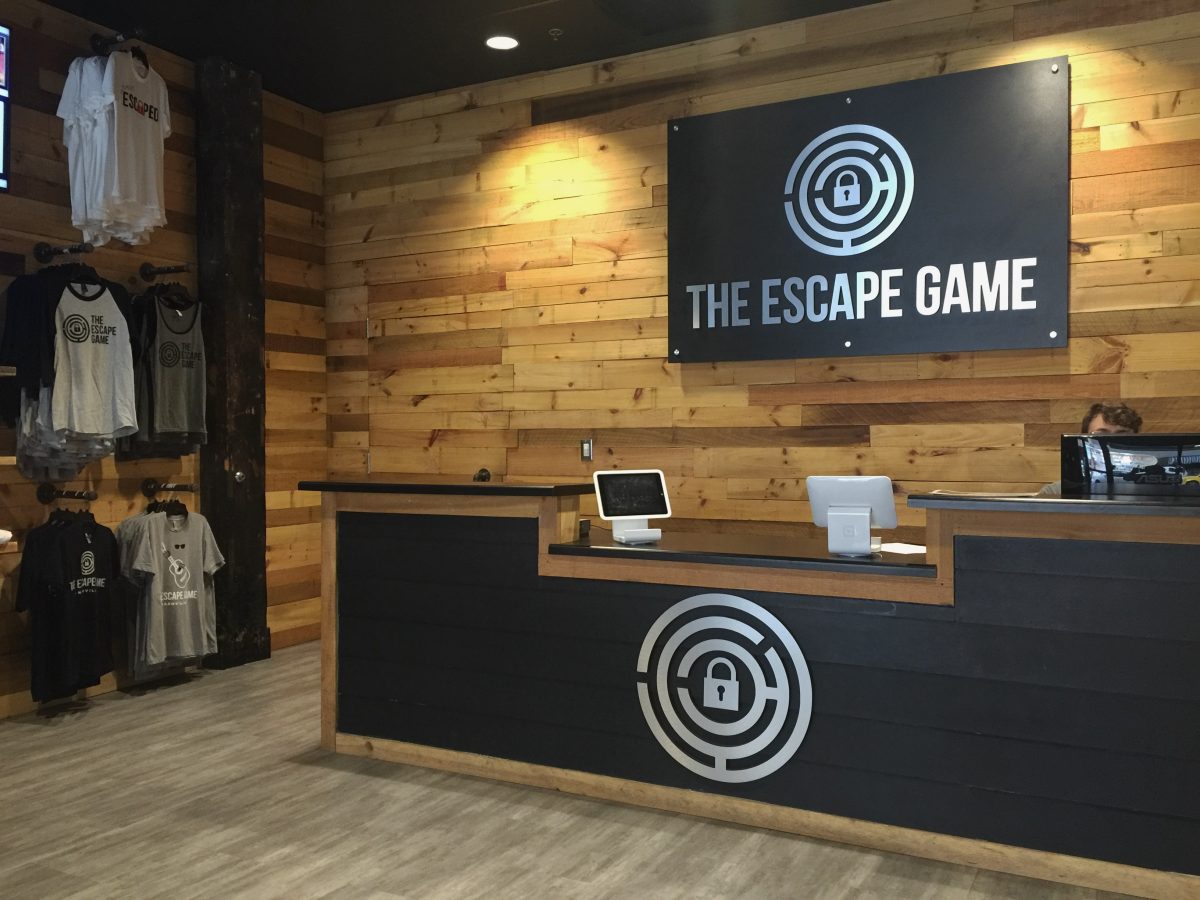 Welcome to D Block at Irongate Prison. You find yourself in the cell of former inmate Clarence Fenwick. And when I say former, I don’t mean he was allowed to leave, or even that he found his way out alive. According to the guards, he went “missing.” But those guys are in cahoots with the boss of Irongate: The warden, himself. Rumor has it that when the warden finds someone who could cause him trouble, he offers them an all-or-nothing game of chess. The game has to be rigged, as the Warden never loses. You have one chance to get out: The warden has a 60-minute staff meeting that never starts early and never ends late. Find the clues, escape your cell and then begin the journey to freedom!

That is the setup to the “Prison Break” escape game at Escape Game Nashville. This top-rated escape game is not only Nashville’s No. 1 game, but also one of the top-rated in the country. With two locations in downtown Nashville, their game caters to young and old alike. I had the pleasure of attending their location at 162 3rd Avenue North, Nashville, TN 37201.

From the moment I walked in, I knew that this escape room was going to be great. The lobby is simple in design. There is a receptionist desk, a wall of t-shirts and souvenirs, a couple of benches, a few waiver stations and a plain wooden wall. I stood there, trying to figure out exactly where the game rooms were located, when an employee came out of one of two hidden doors in the wooden wall. I must say, it was ingenious. I know not everyone is going to wonder the same things I do when it comes to architecture, but in the back of everyone’s mind, you have to be wondering it.

I happened to be the first person of my team who showed up. One of the perks of working for the wonderful company I call my day job is that they are always looking for ways to promote team building and fun. I had suggested a couple months back to try out escape games as a new way of having fun and learning how to work together for a common goal. The human capital team agreed and put me in charge of getting this all set up. My idea was simple: Make as many teams of eight that I could. I looked at randomizing all the teams, so it forced everyone to work with people who they may not work with on a daily basis. Seems to me that was the best idea, going into this event. Evidently, others agreed and soon we had more than 40 players ready to go, trying their hands at escaping reality.

Upon my arrival, the very nice receptionist got my information, and then set me up with an iPad to start the waiver process. As many of you know, I am looking to start an escape room of my own, but in all my planning, I never once thought about waivers. Guess I was looking at the big picture and missing the details. And without a waiver, I can see things becoming troublesome very quickly. The waiver was simple and explained what I was going to experience. Very quick, simple and to the point. I like that.

The rest of my team showed up and we were led into the room. I am not going to give away any details other than it felt extremely authentic. Back in my early days, right out of high school, I had worked for a local jail and the cell doors, concrete walls, and dim lights all reminded me of my days there. Only difference was now I was behind the bars. The promo video kicked off and then our 60-minute clock started.

My team worked hard. We solved many clues, got out of the cells, made our way into the second room and finally entered the final office for escape. The game master is allowed to give three clues to help us escape for free. After that, we were charged minutes for each extra clue. And let me tell you, this was a rough game. Even though we had used all three of our free clues, we ended up using three more while in the final room. But alas, the game proved too much for my band of friends. Once the final second was gone, our game master came in and showed just how close we were to solving the final few puzzles to escape. Wish I could be more detailed, but by doing so, I would give away too much.

So, what are my tips for success in this game? Honestly, without giving away specifics, all I can give you are these rules to go by.

My rating of Escape Game Nashville’s Prison Break game is a solid 5/5. The game was extremely fun. It was fully immersive, had great sets, excellent puzzles and multiple rooms. From the moment the video starts, you know you are in for a good time. I am not a fan of multiple “padlocks” to lock doors and items up. Prison Break had very few. They did have some mind-blowing ways to unlock items. Felt more special when you solve those than just having to roll numbers on a lock.

If you are in the Nashville area, or planning a visit, I strongly suggest you check out Escape Game Nashville. You won’t be sorry. And if you go soon, please check out the Mission: Mars escape game that recently opened. It looks fantastic!

So, whats next for #hauntlife? Last weekend I visited Breakout Nashville, another escape room located in Franklin, TN. But our friends at Troma pictures have sent another screener for yours truly to check out. And we all know how much I love the Troma team. Plus, haunt season is almost here. My yearly blog to actors, haunters and customers will be here soon. Bet you all can’t wait for that… lol.

Until next time, enjoy the #hauntlife.