Have a Nice Stay with the Supernatural Crime Drama, Hotel Beau Séjour 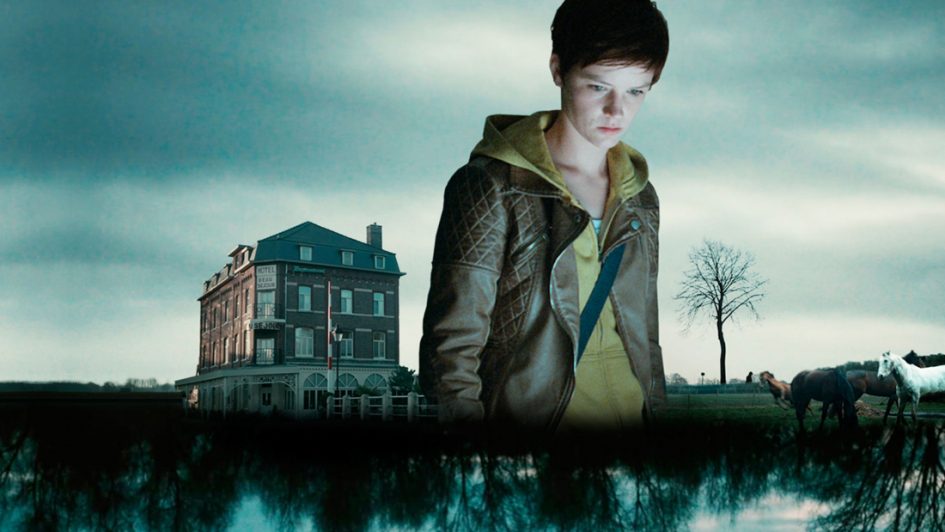 Let me be honest, I’m not normally a fan of films with subtitles. It’s just that I’m a tad unable to pay attention to all of the details in a film that are important to me, if I also have to read what the actors are saying. If a movie isn’t artistically shot, it may not matter, but then I might not be as interested in the film. This series is in Flemish, a language, unlike Spanish, I can’t even pretend I understand without the subtitles. That’s why I started watching the new Netflix series, Hotel Beau Séjour, with a bit of trepidation. I was still able to enjoy the storyline, but I do feel as if I missed many elements of camera work, lighting and style.

The series opens very dramatically with our heroine, Kato (played by actress Lynn Van Royen), waking up in a hotel room to find her own body covered in blood in the bathroom. It takes her awhile to realize she is dead. I guess seeing her own dead body wasn’t proof enough for her that she was caught in some kind of afterlife limbo… There are five people who can still see her, which includes her alcoholic father, a jealous stepsister, the corrupt local chief of police, a secretive best friend and a young man who just got released from a psychiatric clinic. All five of them, in some way, interacted with Kato during the night she got murdered. So, the question is, how are these five people related to her untimely demise? The investigation is led by two policewomen who stumble upon several complications to the mystery. There is a drug-trafficking network, previous unsolved murders, cyber-stalking and police involvement. This mystery will have your head spinning after just a few episodes.

The series is another slow burn, with elements of noir styling, which seems to be so popular these days. Personally, I’m growing tired of series that use the slow-burn tacit. It often feels as if the writers really didn’t have much to say, and so settled on a slow burn. This series occasionally suffers from this problem. That said, there are a few very emotional and compelling scenes. The scene where she desperately tries to talk to her mother is quite heartbreaking to watch. In another scene, Kato stands in an autopsy room and watches her own autopsy. Moments like this are emotional trying to watch! While the mystery solving part of the series is slow paced, the emotional side hits you constantly. The series is ever mindful this is about the death of a young woman. Lynn Van Royen does an excellent job of playing, to quote Rob Zombie, a “living dead girl.”

Hotel Beau Séjour isn’t for everyone. It is an emotional roller coaster, a film noir, a slow-burn crime drama and a subtitled Finnish series all in one. However, I do think that for the right audience, it is a home run. The creators of the series are all women and I can definitely see feminine touches throughout the series. This is a supernatural series for the thinking viewer, not something you throw randomly on. I give the series three-and-a-half stars. I really have to subtract stars because the subtitles really detract my ability to enjoy a film with such lovely camerawork and lighting.