Per Matt
Momocon has come and gone and once again, Atlanta knows how to throw a great multi-genre party!

For the second year in a row, I attended the very-fast growing convention of Momocon, located in Atlanta, Georgia. In 2014, the convention called two of the city’s largest downtown hotels (The Marriott and The Hilton) its home and has already outgrown it. The reported attendance was over 14,000 people and in 2015 (which takes place on May 28th – 31st), the convention is transforming into a four-day con, moving into the Georgia World Congress Center and Omni Hotel, allowing for plenty of room to grow and expand through the upcoming years. Special note: The GWCC is the FOURTH largest convention center in the entire country (that’s 1.3 million square feet LARGER than San Diego Comic-Con’s Convention Center) an the theme for Momocon 2015 is superheroes, so all you cosplayers better start working on your spandex costumes now!

Also, the genre of comic books will be added to the convention starting in 2015, which means related celebrity guests, artists, animators, writers, actors, production companies, vendors and any other type of format related to comics will now be featured.

Getting back to this year’s convention, I had an absolute blast at Momocon 2014. One of my all-time favorite Momocon guests is Mike Reiss, who is a former showrunner and a current writer for The Simpsons. I attended two of his panels and saw him multiple times sitting in the crowd at various panels. For the second year in a row, I got a great interview with him, where he discussed working for The Simpsons, creating The Critic and Queer Duck, venturing into children’s book territory and becoming a playwright. 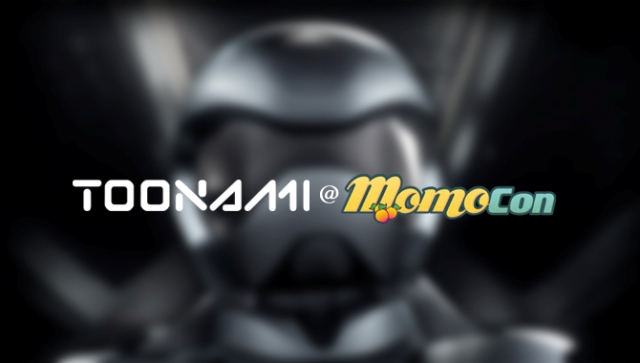 For the very first time, Funimation was a participant at Momocon. I have made some really great friends at the anime distributor, having worked in the Funimation booth at San Diego Comic-Con for the past three years. I made a point to attend each of their panels, which are always top notch and always packed full of many anime fans. On Sunday afternoon, I got a chance to interview Funimation’s new Conventions Manager Tara McKinney. We discussed Funimation’s weekend at Momocon and what upcoming cons they’ll be attending (as well as the process to get Funimation to attend your future convention).

Funimation’s Senior Manager of Social Strategy and Development Justin Rojas was a very busy person, who was hosting multiple Funimation panels with celebrity guests (including a great Attack on Titan panel with Bryce Papenbrook), making announcements at the Toonami panel, hosting a TV watching party and when he wasn’t doing anything else, he was down in the Dealers Room, working at the Funimation booth. Somehow I caught him when he wasn’t busy for an interview, where he discussed the importance of Attack on Titan to the anime genre, debated continuity theories of Space Dandy and tried to describe Is This a Zombie? 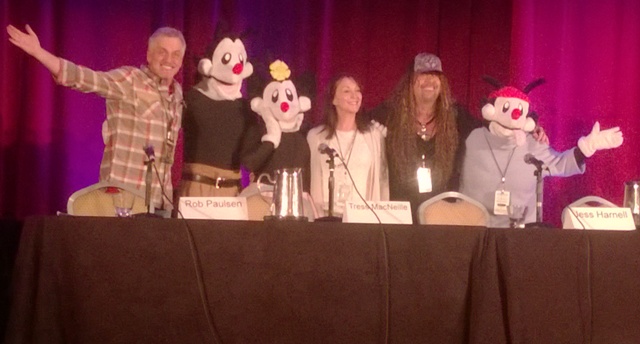 There were some amazing panels that I attended, including the first-ever public reunion of the Animaniacs’ cast (Animaniacs: Crazy to the Max Reunion), the official Toonami panel previewed upcoming programming on Cartoon Network and made a very bold Funimation-related announcement, and a few informative and fun panels, including Sci-Fi Anime (Minus Robots) and OC Remix.

For the second year in a row, I really enjoyed attending the Craftsmanship Costume Contest, although a number of entries were not competing for prizes, they just wanted to be on display. There were some really great costumes onstage (not to mention an on-stage proposal!), but I was really pulling for an extra-large group of Bioshock cosplayers. Unfortunately, they either weren’t competing or did not place.

On Sunday, I whipped out my Sheriff Rick Grimes costume and made sure to get a few great cosplay photos. Unfortunately, I was riding MARTA all weekend long, so it was only available to be worn on the final day.

Luckily, for only the second-time ever, Riot Games sponsored the Cospitality Lounge, which was provided for all cosplayers, whether they needed some emergency costume-repair products or just a changing room to leave their bags (along with some complementary water and Red Bull). Thank you Riot Games! This was incredibly helpful and useful! 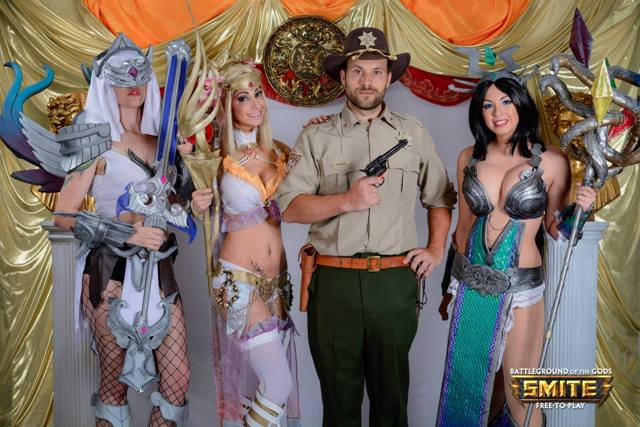 After Momocon ended, I dropped by Diesel Filling Station to participate in The Walking Dead Escape Atlanta Launch Party Costume Contest. Since I was already wearing my costume, I quickly took charge of the apparent Zombie costume party, which was sponsored by Skybound, Markster Con Productions, Chambers of Horror, Atlanta Zombie Apocalypse and Atlanta Movie Tours. With my Rick Grimes costume, I just happened to win second place, only losing out to a random person who was walking past the bar (who just happened to somewhat look like Scott Wilson’s character, Hershel Green, from AMC’s The Walking Dead). He wasn’t even in a costume. I felt robbed, but I enjoyed the shindig regardless.

Wrapping up the long Memorial Day weekend, I swung by Orpheus Brewing, hoping to get a quick interview with Brewmaster Jason Pellett. The brand-new brewery was a day away from opening so I got to discuss his new midtown Atlanta brewery, which is centrally located off Piedmont Park and offers some great sour beers. After speaking to him, I volunteered to work for beer and later attended the microbrewery’s grand opening. It’s a great place to enjoy a great beer!

Overall, it was a very fun and busy weekend. I hope to make it out to Momocon in 2015 and do it all again!