It took me a lot longer than I anticipated to transcribe all the interviews I gave at San Diego Comic-Con 2013, but I’m finally done and almost prepared to take my next convention trip (less than two weeks away). Get ready to take a trip. Strap on your seatbelt. It’s time to visit Comic-Con through my pictures (and words): 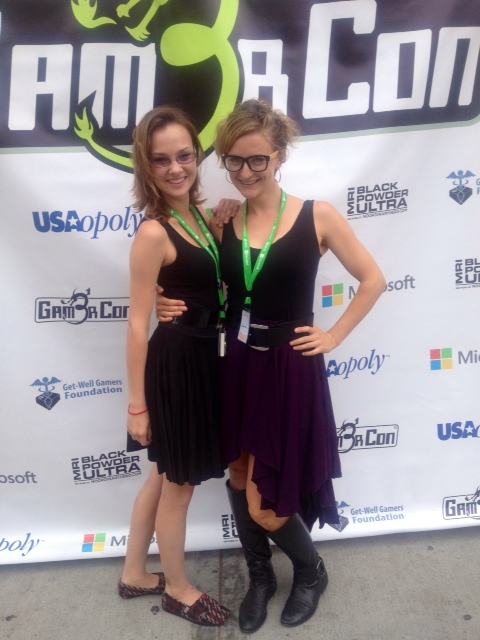 I arrived in San Diego on a Tuesday, in order to best tackle the time-zone change. Immediately, I interviewed the Girls of Gam3rcon for some great preview interviews, then it was off to visit two great microbreweries, just across the street. A lot of walking on my first day and I was done.

Wednesday began with a bang. After strolling around downtown and through the Gaslamp Quarter, spying on all the outdoor Comic-Con exhibits, I picked up my 5-Day pass for SDCC Preview Day. I checked out The Walking Dead’s booth (a mock-up of Season Four’s Prison). Note: The character’s head remains bagged. Odd. 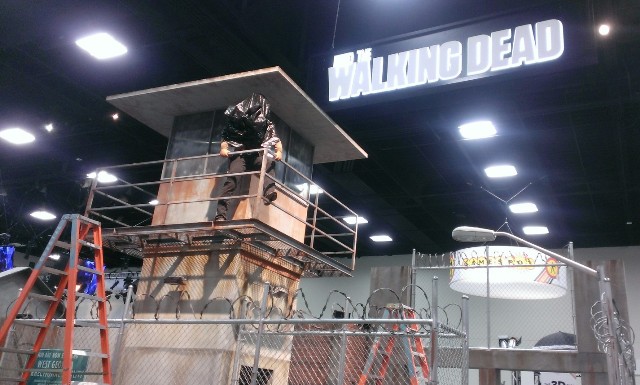 Also, it’s not every day you see Master Chief making a grand entrance, encased in bubblewrap!

I did a quick walkaround the convention floor, where it was Adventure Time:

Afterward, I was off to get my second behind-the-scenes interview with Creator Liam Brenner at The Walking Dead Escape obstacle course, held at Petco Park (home of the San Diego Padres) and another visit to the Gam3rcon HQ, where a rooftop geeky graffiti party was in full effect. 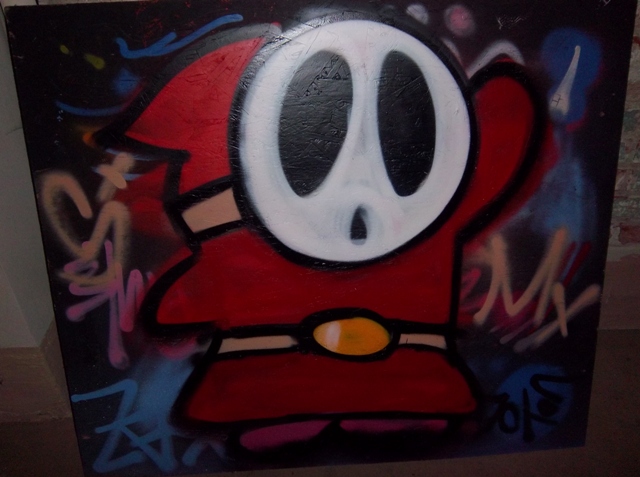 Thursday, I was already suffering from jetlag, but that didn’t slow me down. I was an early-morning force to be reckoned with at the downtown Panera restaurant, where I made my breakfast and wifi demands known to all. Once the convention floor was open to the public, I visited a couple of friends at the Funimation booth: 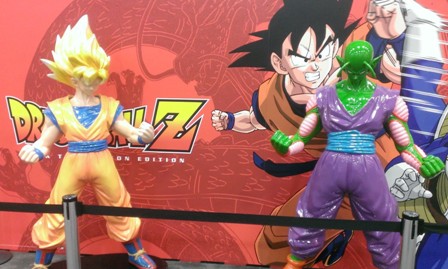 I surprisingly scored an amazing autograph by legendary animator Shoji Kawamori (The Transformers, Macross Plus and Escaflowne) at the Funimation booth!

After getting some great cosplay photos on the convention floor, I was worn out. I recharged at the CNET-Gamespot Base Station, outside the convention center for free adult beverages and finger foods and ran across my old friend, Max: 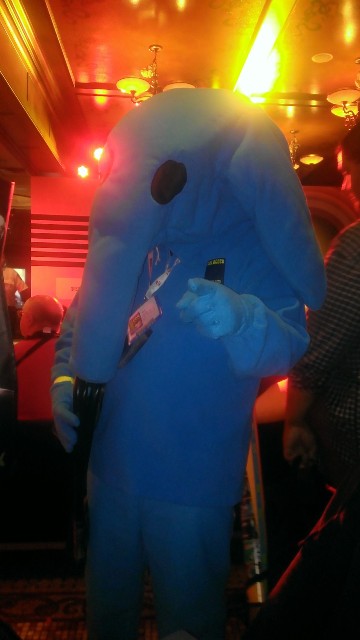 Later that day I was informed by a pretty group of costumed characters that the San Diego Haunted Hotel was offering their haunted house only filled with Zombies throughout the weekend. 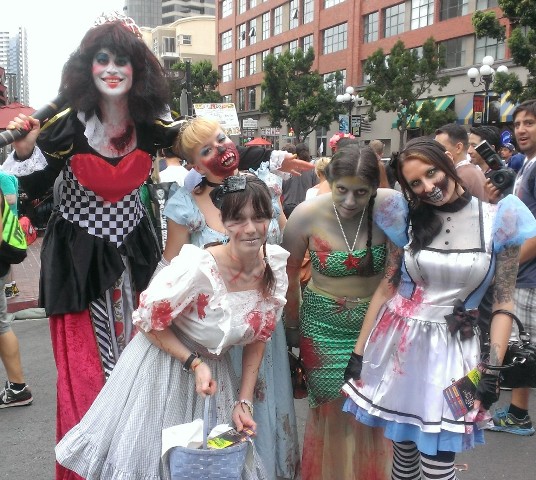 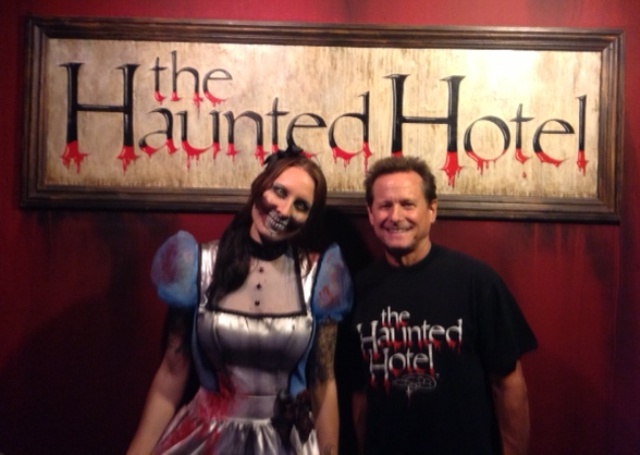 It was a long, hot day. That evening, I cooled off at the Embarcadero Marina with the San Diego Symphony’s presentation of Distant Worlds: The Music of Final Fantasy, where I found a couple of RPG cosplayers: 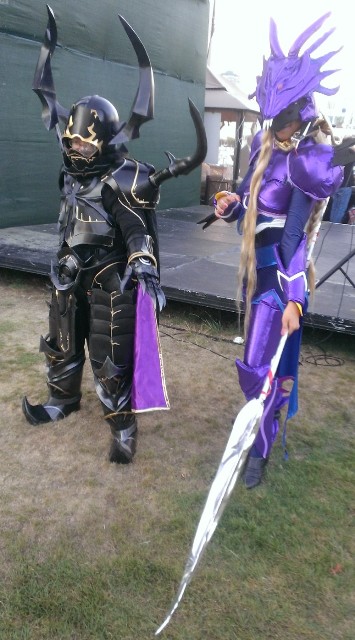 Friday was even crazier on the convention floor. I volunteered to work the first half of the day, got two interviews with PopCap developers (Tony Leamer and Jeremy Vanhoozer) who will be releasing not one, but two Plants Vs. Zombies games very soon. 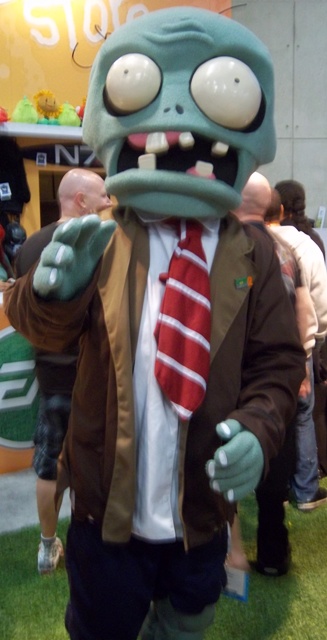 After the convention floor closed, I swung by to grab a couple of beers with my favorite Marvel Superheroes: 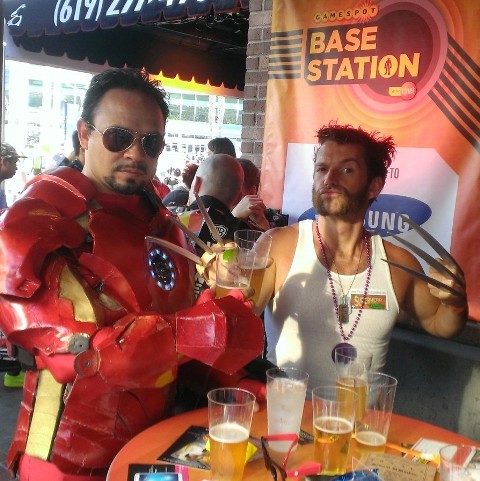 That afternoon, I attended the Darkness Descending Fan Party at the hidden ultra lounge, Vin De Syrah, previewing the upcoming Danny Trejo movie, where he and other stars of the movie were in full attendance.

Later that night, I attended Fangoria’s sneak preview movie screening of We Are What We Are, then celebrated the film with the director at an open bar before absolutely passing out.

Saturday was pure madness. At one point, the entire cast of The Walking Dead absolutely shut down Hall D and it was pure chaos. They signed autographs for a select audience then allegedly escaped unharmed (I have no confirmations, the crowd was that crazy for them!).

That afternoon I visited the Adult Swim Bouncy Castle and walked around the chaos of SDCC. That evening, I received VIP tickets to attend Video Games Live and even got backstage access to interview Grammy-nominated Composer Austin Wintory. Sadly, I missed out on the San Diego Zombie Walk and We Put the Spring in Springfield concert. Later that night, I visited Gam3rcon, where I also just missed the conclusion of Godric Johnson’s Game-Hop concert. I don’t know why so many awesome events are scheduled at the same time!

Sunday was a slower day, thank goodness! After getting some great interviews by the Funimation Crew (Justin Rojas, Adam Sheehan and Sarah “Sully” Sullivan), I spotted Corpsy, and got a great interview with him: 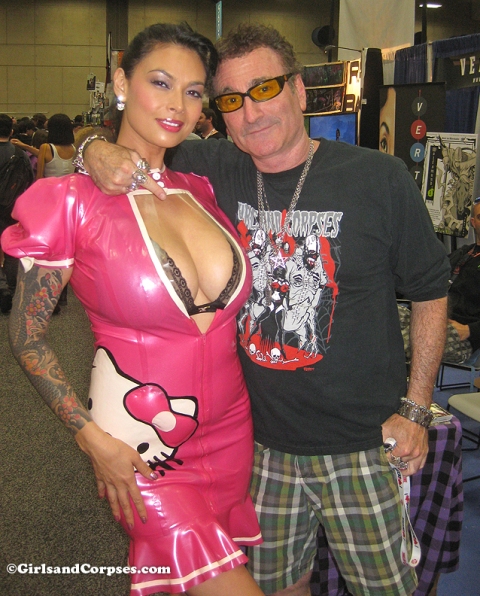 I was very impressed with a rare appearance by some amazing DC Comics Cosplayers: Cyborg and Hawkgirl: 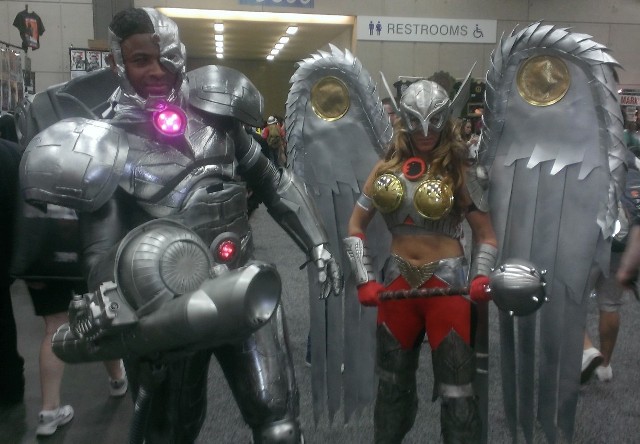 Sunday was also a great day for cosplayer photos: 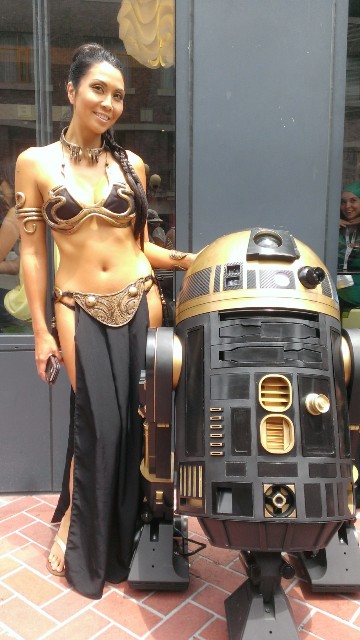 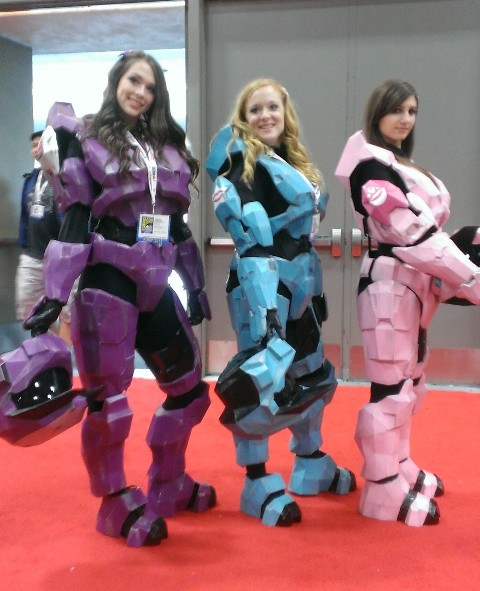 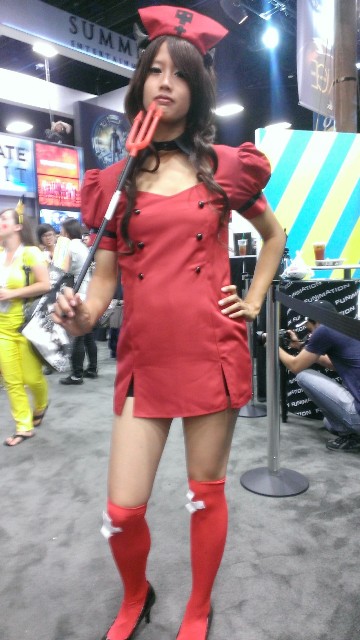 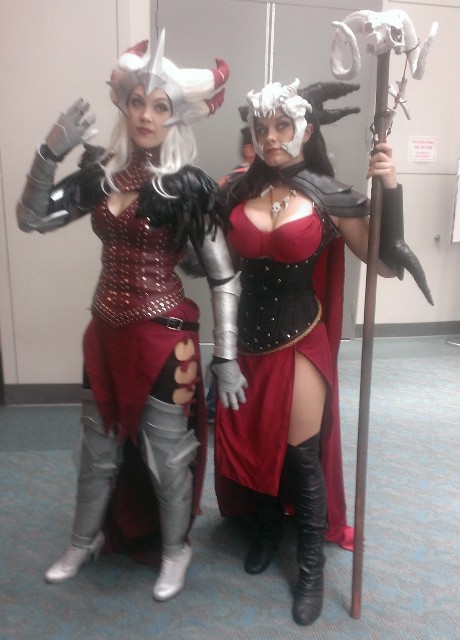 After visiting with the Telltale Games Crew, who were offering demos of The Walking Dead: 400 Days video game as well as a decked-out anti Zombie Apocalypse Hyundai photo-op prop, I was worn out. Happily, I ran across a happy bunny (Shiori Kawana): 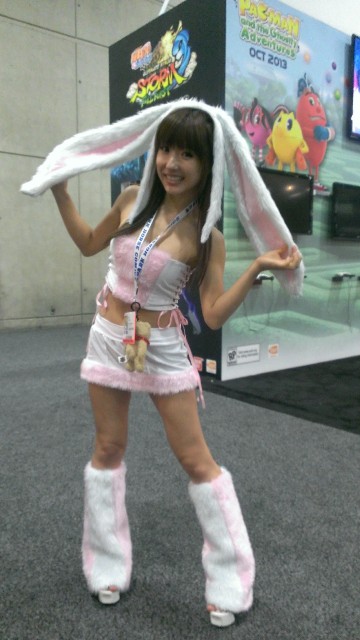 At the conclusion of SDCC, I was absolutely worn out. I’d made plans to run through The Walking Dead Escape Zombie obstacle course at the conclusion of the show, and sadly, I had miscalculated. The entire exhibit had already shut down operations and left town the night before. Sadly, I returned home to rest.

Don’t cry! San Diego Comic-Con 2014 is already less than a year away! Until then, check out my photo gallery of great cosplayers: