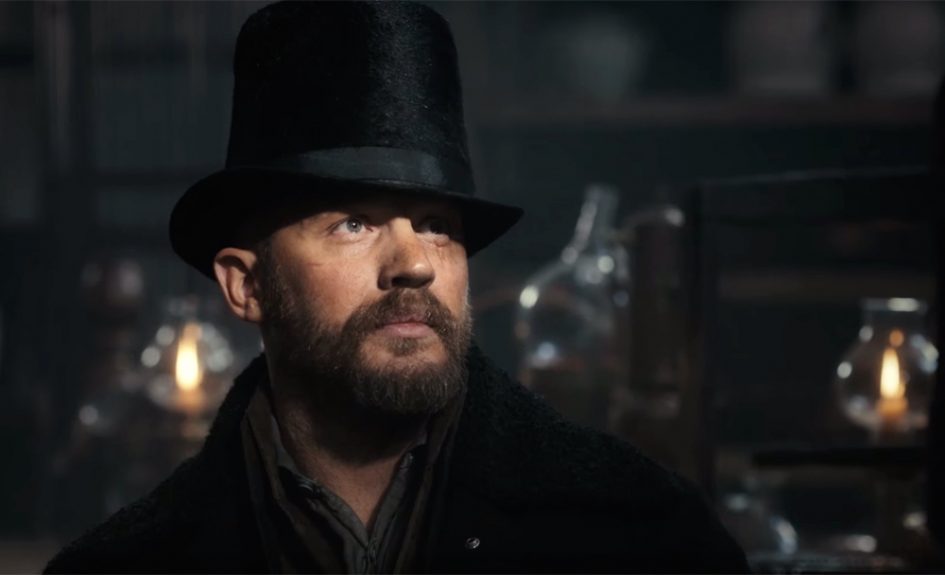 Taboo is the new atmospheric and brooding series that was developed by Tom Hardy and his father, Chips. The first episode is beautifully shot, well acted and intriguing. It is not, however, heavy on plot and doesn’t seem to invoke the scandalous undertones that the title would suggest… at least not yet.

The younger Hardy stars as James Delaney, who has returned to the streets of London after his father’s death, which creates a world of upheaval in his wake. Thought dead for more than 10 years, James’ return has thrown a monkey-wrench into the plans of his brother-in-law and the East India Trading Company by being the sole beneficiary of his father’s estate.

It is hinted that James may have been in some sort of telepathic contact with his father, whom the locals had assumed was merely going mad. Is James also mad? Or did he learn some tribal voodoo while he was stranded in Africa?

This is how the entire hour plays out. James encounters someone with whom he will have future dealings in London. He hints that he was in contact with his father. He reiterates that he will keep the property that was bequeathed to him in the will. Rinse and repeat about four to five times. Very typical for a mystery-driven pilot. It introduced the major players, gave them some motivation and varying degrees of personality and teased answers to the questions that were presented.

Taboo isn’t a bad episode of television, but neither is it overly riveting. It is intriguing. And beautiful. The streets of 1814 London look authentically dirty, grimy and poorly lit. Production design went above and beyond. It will be worth staying tuned for all eight episodes to see if it manages to live up to the potential presented in this first episode.

And Tom Hardy’s hat is magnificent.