Previewing the Horror Happenings of 2017 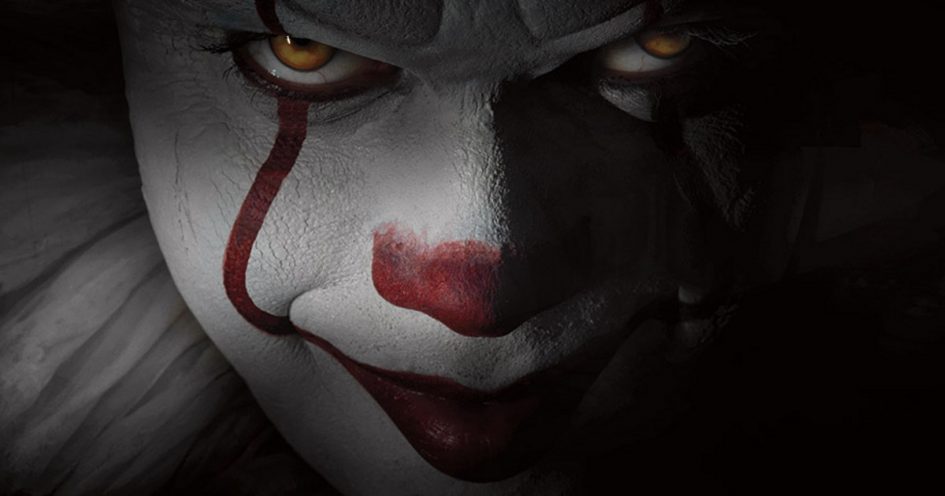 Now that a new year is upon us, it is always a good time to not only reflect on the previous year, but time to look ahead at what is coming up with anticipation. Don’t get me wrong, 2016 was great, but it is so last year. And as an avid horror and haunt fan, I can only hope 2017 is another awesome year.

Today, I asked myself, “What do I want to see this year?” I would like to say that I want to see some really awesome movies from the top studios in Hollywood. Hell, I would even love a good remake (note that I did say GOOD remake… not some swill done to make a few bucks). And looking ahead, I do see some promising films. Several that I see coming out have my interest piqued, while others are ones I cover my eyes, not from fear, but in hope that it doesn’t become a trainwreck of a film.

The first film I am really excited to see is The Bye Bye Man, which releases about the same time this blog hits the Internet. In this story, three college students find a house away from campus to live. All is well, until they find themselves being pursued by this entity known as The Bye Bye Man. With the power to possess people, The Bye Bye Man has been the monster behind many famous serial killers. The only way to survive is to avoid letting him get into your head.

My hopes are really high for this film. I know, the story sounds familiar and probably has been done before (even though right now I can’t put my finger on it), but I am really interested in how they present the background story for the spirit. Done right, this character could go down as one of the newest horror icons. I would love to see someone new rubbing elbows with Freddy, Michael, Leatherface and Jason. Only time will tell.

Another film I am intrigued by is Saw: Legacy. Going back to my previous statement, had Jigsaw actually had some supernatural powers, he would definitely fit into my definition of a “horror icon.” From what I am hearing about this eighth installment in the franchise, this Saw film will be a reinvention of the franchise. I do know that Tobin Bell will be in the film as John “Jigsaw” Kramer, but other than that, I can’t find much else. I am hoping this storyline picks up with Dr. Gordon being the new killer. It would be logical, if this was a continuation. But with the word “reinvention” being thrown around, it will probably be just another remake. Still, I loved the ideas presented in the original Saw films and can’t wait to see what this film will throw out.

There are other films that are in my “only if done right” column. Jeepers Creepers III and World War Z 2 better live up the hype of their predecessors. I may be one of the only people I know who liked World War Z and Jeepers Creepers II, but that’s my opinion and that is why I am paid the big bucks (I think I have earned about $0.00 from blogging). Also, the remake of Stephen King’s It has me hoping it is done right. Not many people can live up to Tim Curry’s amazing performance in the original. And that has me worried.

The ones that have me most worried that will just be cash grabs are the ones that most people in my circles are most anticipating. It appears that 2017 is going to be the return of the classics. Halloween, Friday the 13th, Leatherface, Alien: Covenant, Hellraiser, and Cult of Chucky are all poised to bring new storylines to some of the movie maniacs I grew up with. But it seems that modern-day directors and producers just don’t have their best intentions in play when it comes to these iconic characters. Out of all these, the last film I truly enjoyed was The Texas Chainsaw Massacre: The Beginning. The rest of the films that Hollywood has tried to inject into the media world using these characters has just fallen flat. Especially that incredibly horrible Friday the 13th remake. I don’t think a single person I know liked anything about that film. It was fairly obvious it was made for nudity and to get money into someone’s pocket. It had zero substance and fell flat. I am just hoping that these films take note and do not follow the same formula, but history is working against them.

As soon as Haunt Con ends, the annual Valentine’s haunt will start taking shape. Nashville Nightmare does My Bloody Valentine each year, and last year it was themed with horror icons. Plus, the actors got to take the kiddie gloves off and actually grab onto victims as this was a “full contact” haunt. I went through as a guest and got my money’s worth by a certain Michael Myers. Got to take home an awesome shoulder bruise (mainly my fault for taking the bump wrong).

Haunt Con may be over soon, but I am also looking forward to my annual journey to St. Louis in March for Transworld Halloween and Haunted Attraction Show. This mecca of all things haunted is my own personal version of what heaven would be like. This year, they will have the most vendors and seminars they have ever had. I am particularly looking forward to seeing more things from ScareFactory, Immortal Masks and others, as well as what is new in escape room tech. Should be one of the best trade shows I have ever been to, if last year is any indication.

So, that about wraps up my preview of 2017. From Hollywood horror to the latest in scare business, 2017 may end up being the pinnacle year in the world of horror (and for some, the political front is not much better). I can’t wait for the next 11 months to unfold!