Fandoms can create a legacy, one that literally spans generations. Many families from around the United States gather on Thanksgiving to celebrate their gratitude for the many blessings they have. In my family, three generations of geeks are coming together and I can’t be more thankful for what the future has in store as my children will continue in the fandoms my father started when was a kid.

Some of my earliest memories with my dad involve Star Trek. My dad was a Trekkie, before the word was coined. He didn’t collect the memorabilia — there was little to none in the early days of Star Trek. He was too old for the toys. But every Memorial Day, our local non-network-affiliated station would air a Star Trek marathon of about 10 to 12 episodes. And every year, he would try to record the episodes on those early days of VHS.

As a child, I didn’t quite get the show. It was brilliant and cool; weird in some parts. Certain episodes appealed to the younger me more than others. It turns out my father and I have the same favorite episode: “City on the Edge of Forever.” To this day, whenever my father hears the phrase, “a question,” he does an impression of the stone Guardian of Forever. Turns out speaking in television quotes originated far earlier than I originally thought. 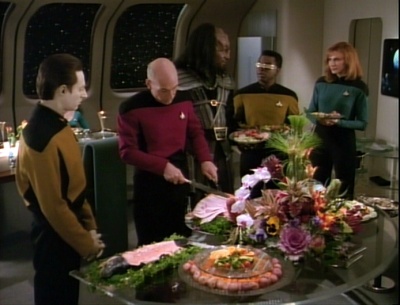 One of the earliest movies I remember going to see as a child with my family was 1982’s Star Trek II: The Wrath of Khan. I was 5-years-old at the time. My brother was 3. The movie was rated PG and as a father looking back, this was probably not the wisest parental decision in the world, but as an adult, I can understand the need to see the film that was anticipated for years. Fast forward 27 years later and the last film we all saw together was 2009’s Star Trek reboot.

My own children have not seen much Star Trek, yet, but they know Captain Kirk and Spock. They know the Enterprise from the Millennium Falcon. My dad had the original series, I had The Next Generation, and my children can continue the ongoing mission with the latest Star Trek films and the new television series set to debut in 2017.

And as we trek to my parents’ house this Thanksgiving morning, there awaits for them a cornucopia of comic book history. It’s my legacy to them. A legacy most of the people my age wish their parents had for them. I remember hearing tales of my dad’s modest-yet-iconic collection. Once, as a youth, I showed him a Daredevil comic, and he reminisced about Daredevil in his yellow costume. I later learned he had Daredevil #1 when it came out in 1964. It’s now valued up to $38,000 in perfect condition. It’s sad that my dad lost it to time and growing up, but we were able to connect to one of my favorite superheroes. 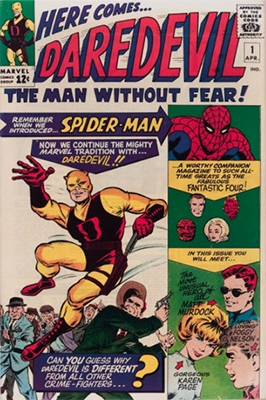 In my old room, in the closet, lay a number of long, white boxes filled with late ’80s and early ’90s comic books. You can recognize the era based on my handwriting and poor attempts at Liefeld artwork. It was a boom time for character creation, even if the stories and art are a little dated. And that boom is showing up in the cinematic universes that my children are now getting to experience. My son is 6 and my daughter is 4. In just a few years, I’m sure they’ll want to open up those back issues (carefully!) for a read. There are some gems amidst the fluff, including the first appearance of Venom. Those comics lay in wait, just a few years before I hand over this legacy.

At dinner, I’m sure there will be plenty of disagreements, whether they be politics or religion or whatever. The one thing I’m sure of is that Captain James T. Kirk, the William Shatner version, is the one true captain of the U.S.S. Enterprise.