Hunting a Monster in The Alienist 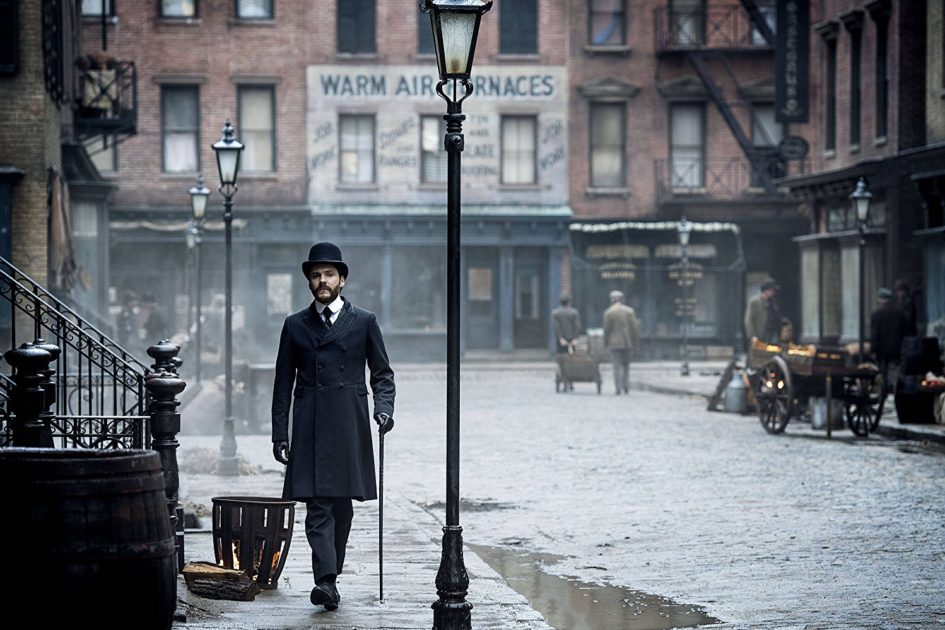 Daniel Brühl in The Alienist.

There’s a monster on the loose in 1896 New York City, but it’s human nature that’s the most frightening aspect of the limited series, The Alienist.

During the opening scene, a dead body is discovered in the snow. Psychologist Dr. Laszlo Kreizler (Daniel Brühl) and crime reporter John Moore (Luke Evans) team up to investigate the death of a young boy dressed as a girl. Apparently, the doctor has made a connection with a previous unsolved death and fears a serial killer (or at least a string of copycat crimes) may be on the loose. But this time, it’s happened to a young male prostitute who was killed, chopped up and we, as the audience, discover the victim’s innards were eaten by the mysterious killer.

An already imprisoned suspect of another crime is charged with the unsolved murder, but with some assistance by young Sara Howard (Dakota Fanning) at the police department, Kreizler and his crew’s outlandish actions give hints at modern-day practices, and those practitioners get no benefits of the doubt by the surrounding 19th century characters. This early turn on forensic science creates intriguing scenarios.

Based on the novel of the same name by Caleb Carr that became a best-seller in 1994, this 10-episode limited series was 20 years in the making (10 years an adaptation was shopped as a big-screen movie and another 10 was spent reworking it as a TV series). In this version, airing on TNT Network, strong actors, gory subject matter and plenty of adult themes are featured. The series premiere, “The Boy on the Bridge” showcases as a gritty, grungy and less-sophisticated time period that feels all-too real. It has a Sherlock Holmes feel to it and the anonymous antagonist could easily be Jack the Ripper. The cast seems to be familiar-but-different characters that create a unique storyline that can easily be summed up as “old school.” Very old school.

As for the title, it’s described via the opening crawl:

“In the 19th century, persons suffering from mental illness were thought to be alienated from their own true natures. Experts who studied them were therefore known as alienists.”

Neat. But anyone expecting invading species from outer space will be incredibly disappointed. But for anyone else who enjoys corsets, monocles and top hats, you might really enjoy this series, although it’s too bad it finally got released in 2018. It may have felt more groundbreaking around the same timeframe that Robert Downey Jr.’s first Sherlock movie was released. As my only qualm, that’s a minor complaint. Through one episode, I was impressed. And after seeing the promotional campaign everywhere, TNT should definitely re-air every episode thousands of times in order to get the word out. This is a great series. Make that a great old-school series.