The Heroes & Villains Left Their Mark in Nashville 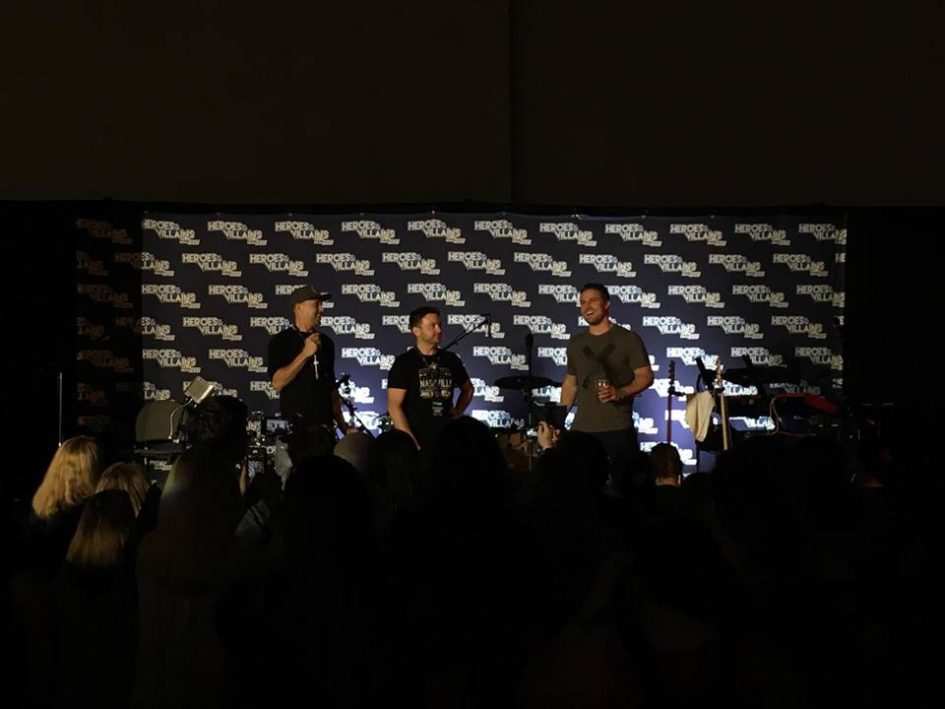 On July 8th and 9th, fans enjoyed seeing their favorite TV and big-screen genre actors as they shared their experiences while working on their respective programs. The stars of Arrow, Gotham, Guardians of the Galaxy, Legends of Tomorrow and Marvel’s Agents of S.H.I.E.L.D. were in attendance, participating in panels, autograph signings and photo-ops.

John Barrowman (Arrow, Torchwood) made news as he arrived to his panel wearing a TARDIS-inspired wardrobe selection and Stephen Amell (Arrow) was one of the busiest guests of the entire weekend, as his autograph and panel lines were constantly full of fans.

Ming-Na Wen and Brett Dalton were definitely in demand as they represented the Marvel Cinematic Universe and TV’s Agents of S.H.I.E.L.D. The recently released Guardians of the Galaxy Vol. 2 was also a big draw as Michael Rooker (Yondu), Sean Gunn (Kraglin) and Chris Sullivan (Taserface) recounted their big-screen adventures. In fact, Sullivan’s panel was especially interesting as he discussed getting into character, in addition to all the makeup and the special effects he had to endure each day while preparing for his unique character’s look. 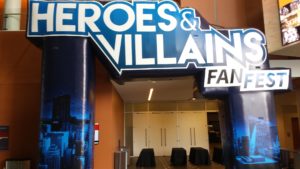 David Mazouz (Bruce Wayne) detailed some great stories while working on Gotham and then Drew Powell (Butch) shared his experiences on the show as well, followed up by performing a Johnny Cash song for the first time at a con.

But celebrity guests weren’t the only draw to this convention. There was also a huge dealer room that featured a variety of different vendors, including pop-culture-inspired art, crafts, gifts, shirts, toys and more. Mixed within the dealers were different food vendors that created a get-everything-here type of scenario which was pretty easy to navigate.

And then there were the cosplayers. So many cosplayers. One of the biggest draws for children (as well as children of all ages) was the creative costumes many fans were wearing. Participants of a few different local cosplay groups were in attendance, including Nashville’s Dark Knight, who was a big draw for photographs. With the recent release of Wonder Woman, that character was incredibly popular among attendees, as well.

Local members of the Music City Gamers organized a meetup at the con and enjoyed the festivities, as well. 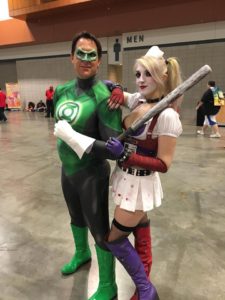 One of the biggest draws to conventions like this are actors who have crossover appeal from different franchises. Michael Rooker is a prime example. As a fan favorite actor of The Walking Dead, Rooker continues to be a major draw to fans of both Zombies and Marvel Comics. Other guests like Stephen Amell (Arrow, TMNT), Rick Gonzalez (Arrow, Mr. Robot), Sean Gunn (GotG, Gilmore Girls) and Chris Sullivan (GotG, This is Us) covered the pop-culture gamut. And one of the exclusive attractions that many other touring conventions can’t replicate was the Saturday evening-sponsored wine and dine event, which only had a limited number of tickets available.

Managed and organized by Walker Stalkers LLC, we’re big fans of this show. You should definitely check out upcoming appearances taking place in Atlanta, Chicago, London, New York and San Jose. Also check out the upcoming Walker Stalker events as well. In fact, there’s rumors of a possible combination of the two cons that might actually happen next year, which sounds like an incredibly winning idea for pop-culture fans of all types of franchises.

We can’t wait for both Heroes & Villains, as well as Walker Stalker, to return to the Music City!