From Peggy Olson to Offred: Why Elisabeth Moss is the Actress We Need and Deserve 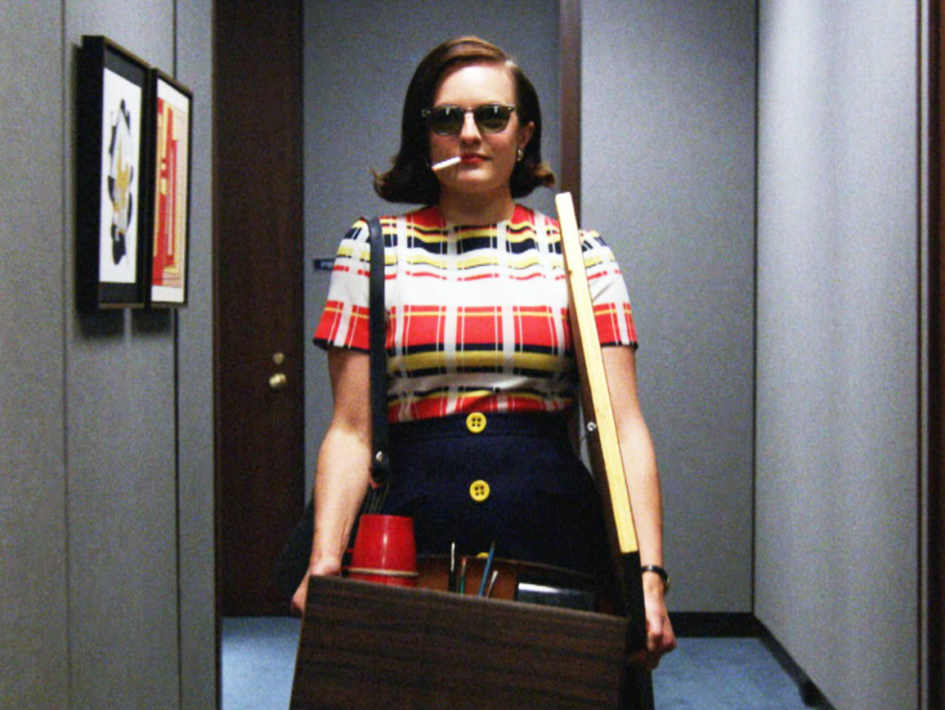 Elisabeth Moss has steadily become one of my favorite actors working today. I admit, if not for her solid and consistent performance in Mad Men, I likely would’ve lost interest in the TV show after a season or two. Yes, I suppose Jon Hamm is the star of the show, but Moss, as Peggy Olson, simply plays off every character in the most fantastic and subtle ways. Seeing the ways her character asserts herself and finds success by picking the battles that will help her grow, and the independent spirit her and Draper share is what made Mad Men so entertaining for me.

So, when I heard that she would be playing Offred in The Handmaid’s Tale, I admit I got really excited. I simply can’t imagine a better choice of actor for that character, and the juxtaposition of Peggy Olson and Offred is fascinating in its own right. Both characters live in a world of eggshells and fine lines. If Mad Men is a story about how the times are changing, then The Handmaid’s Tale is a story that’s remarking on just how quickly they can go back to the way they were. The subtlety necessary for playing either of these characters adequately is frankly daunting, and honestly, at this point, I can’t tell if I’m writing this article to compare the worlds of Peggy Olson and Offred, or to fawn over Elisabeth Moss for a bit. I suppose they go hand in hand.

On top of being two fantastic performances by Moss, the fact that she stars in two shows about women navigating an oppressive system begs a certain comparison. There’s an argument to be made here that these two worlds might actually be the same world, years apart.

Many philosophers have devoted a lot of thought to the idea of cycles in government and politics. Plato started the trend in The Republic, Aristotle picked up the idea shortly after. Cicero and then Machiavelli blazed their own trails in politics, as well. I think it’s easier to see Mad Men and The Handmaid’s Tale in a cycle of progression and regression. What’s interesting is that Peggy Olson takes seven seasons to become a liberated and independent woman, and Offred’s world seems to crumble so quickly and completely before her eyes that it’s all happened before the show even begins. This speaks to the heart of Plato’s political philosophy, albeit in a more modern way. For Plato, governments change after each system inevitably regresses into a degenerate form of itself. A democracy becomes an ochlocracy. Aristocracy becomes oligarchy. A monarchy reaches tyranny.

This is what makes Margaret Atwood’s work with The Handmaid’s Tale so impressive. I admit I initially found Atwood’s need to distance herself from other dystopian or science-fiction genres by using terms like “speculative fiction” a bit pretentious and maybe a little snobby. But I see the point, now. She’s created a world that is actually possible. I’m glad the show has done such a fantastic job of recreating it for television. I have to wonder, though, if the talented Elisabeth Moss wasn’t chosen on purpose for her role in Mad Men, as if to say we are never very far away from true regression. If Peggy Olson represents the woman starting with nothing and gaining independence, then Offred is the woman who loses everything, and refuses to give up.

At the end of the day, these two characters have a strength that ties them in a way that’s irrelevant from the actor portraying them. It just so happens that Moss has a talent for illustrating that strength. Either way, I’m looking forward to another season of The Handmaid’s Tale.