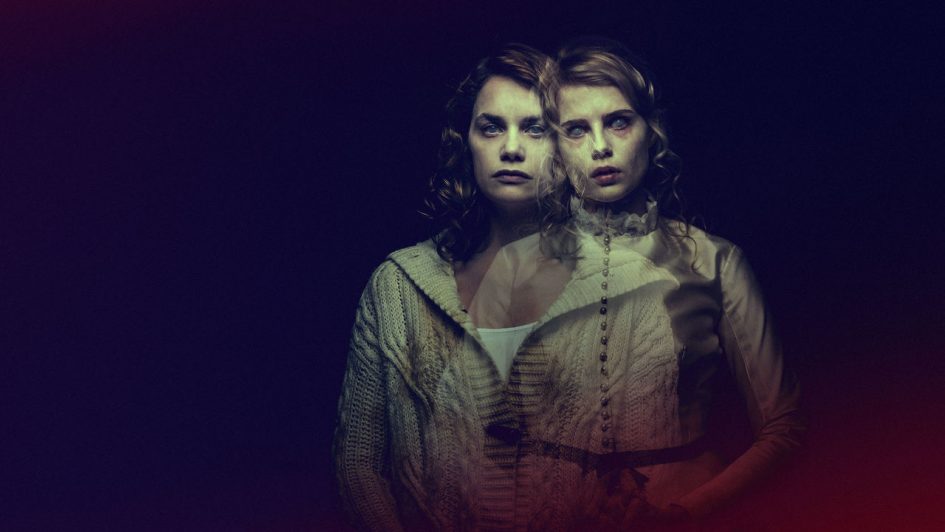 “The pretty thing you are looking at is me. Of this I am sure. My name is Lily Saylor. I am a hospice nurse. Three days ago I turned 28 years old. I will never be 29 years old.”

It’s with this prophetic, shocking revelation that the movie starts to take us on a kind of gothic-Twilight Zone journey… a journey where the line between the living and the dead, fact and fiction, is blurred. The film is heavy on atmosphere. If you are a fan of old gothic literature, you will be pleasantly surprised by this film. The film will quickly envelop you in its ambiance. Time is lost here, this movie could take place anywhere between the ’70s to now. There are VHS tapes, rotary phones and rabbit ear tvs in the home. There are only two things we are certain of: the house is haunted and Lily will not make it to 29.

The quiet narration throughout the film is unnerving. Lily is there as a hospice nurse to a well-known horror novelist, Iris Bloom. Typical of haunted-house movies, she is out in the middle of nowhere and no visitors come to the home, so Lily is isolated. Iris calls Lily by the name of Polly, the heroine of a novel she wrote. Is the home haunted by a fictional character, perhaps the long-ago builders of the home, or maybe Lily has made it all come to life through believing the characters to life. If one does not understand gothic literature, this movie will escape you, as it relies on one main plot point, that believing in something can make it real.

I will go ahead and say this film is intellectual in nature. It is not simple escapism. It reminds me of reading Edgar Allen Poe poems in high school literature and discussing the revelations in class. It’s a film to be mulled over with a glass of wine or cup of hot tea. It isn’t a movie everyone will enjoy, but those who enjoy a minimalist horror tale and moody revelations will find it thought provoking and unsettling. In addition, there are those who may not understand the ending, but the answer to the mystery is definitely right there in the film.

The cinematography is exceptional. The film’s use of still shots that slowly move, forcing the viewer to slowly drift their focus from one element to the next and scenes that come in and out of focus in a dream-like haze makes it feel as if the narrator is searching her memory to remember the story for the viewer. Ruth Wilson, as Lily, does an exceptional job of portraying the perfect gothic trope. Meek and unassuming, she portrays a desperate and sad character you pity.

I can say this isn’t like any horror film I have seen in quite some time. While I believe the story could have been expanded upon, this is all in all a solid film for any true horror enthusiast. I am defiantly looking forward to future films from the director, Oz Perkins. I give the film four stars for originality and docked it one star, as I do feel the film could have been broadened a bit.

I Am the Pretty Thing That Lives in the House is currently streaming on Netflix.