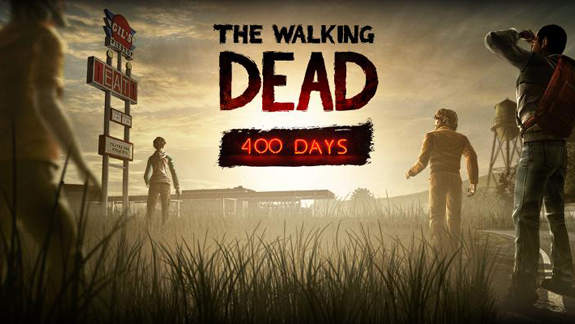 Per Matt
After Telltale Games won more than 80 Game Of The Year awards for The Walking Dead, some wondered if there was only one direction to go for any follow-up offerings.

Rated-M for Mature, 400 Days follows alongside Robert Kirkman’s narrative graphic novels and contain plenty of content not suitable for children. Because when all hell breaks loose and your life is on the line, sometimes there’s no time to sugar-coat anything.

This game add-on requires purchase of The Walking Dead – Episode 1: A New Day.

There’s plenty of human drama and horror packed into the storyline. Five new characters are introduced in 400 Days, each with different backstories, including: Bonnie, Russell, Vince, Shel and Wyatt.

– Shel: (236 days in) A member of the group at Red’s Diner, who must decide the fate of a traitor, while also leading by example to her younger sister.

– Bonnie: (220 days in) A recovering drug addict who may (or may not) be flirting with a married man who gets trapped within a corn-field maze.

– Russell: (184 days in) A hitchhiking teenager seeking his Gran’s house, he catches a ride and experiences more drama than he expected.

– Wyatt: (41 days in) Fleeing from some bad guys, Wyatt and his friend, Eddie, speed through the wilderness when an unexpected bump in the night, clouded by fog, could lead to their downfall.

– Vince: (2 days in) – A convicted killer en route to prison, stuck in a traffic jam on the prison bus when he comes across some bad luck, yet again. Chained to fellow prisoners Danny and Justin, Vince’s story is gory and gross. I enjoyed this one the most, although it feels a little familiar to Episode 1. Vince means well, but his moral compass is just a little off. These elements could lead to some amazing possibilities in the upcoming Season Two storyline. 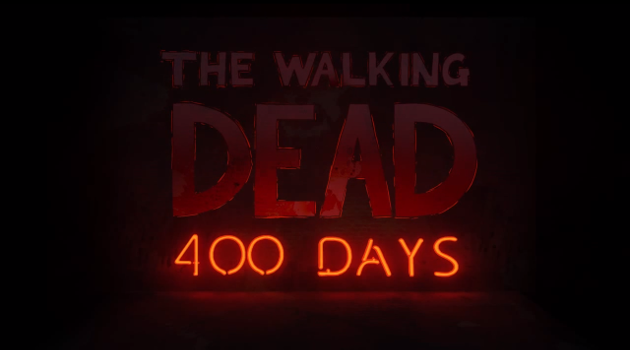 After playing each individual’s brief story, Tavia arrives, another new character who discovers them all camping together on Day 400. Offering to bring them all into her settlement, her character ties up the loose ends nicely, while peeking ahead into Season Two’s possibilities.

There are more than a few references to Season One throughout the game, which appear as Easter Eggs hidden throughout the stories. I look forward to connecting all the dots, while playing Season Two later this year.

Just a note for all you Achievement Whores out there: Not all achievements are storyline-based. Separate playthroughs might be needed for two of the missable achievements, depending on the choices you make (Reunited and Two Out of Three). Make sure to check your Walkthrough Guide if you want to complete the game in one attempt.

Each character’s backstories are too brief, making the player want to know more about each one. But that can be a good thing, saving a little for the upcoming Season Two. It is a good selling point: Keep the customer always wanting more!

If 400 Days is remotely similar to anything involved with Season Two of The Walking Dead, Telltale Games will be filling up their awards cabinet by next year! 400 Days is a successful story. Now, I can’t wait for Season Two to be released!

Strength: Great Voice Actors, as always, Telltalle!
Weakness: The backstories are too brief.
WTF Moment: More severed body parts, please! I can never get enough, with this game.

Notable Quotes:
– “Give a pal the deets.”
– “I just saw a Walker eating a puppy.”
– “All right, let’s Tom Cruise outta here.”
– “I feel like a drowned rat, with these claws…”
– “After a while, you kind of accept that this is it.”
– “Paper never wins. Paper is the Martin Scorsese of hand gestures.”
– “Growing up in a world like this: What do you think that does to a kid?”