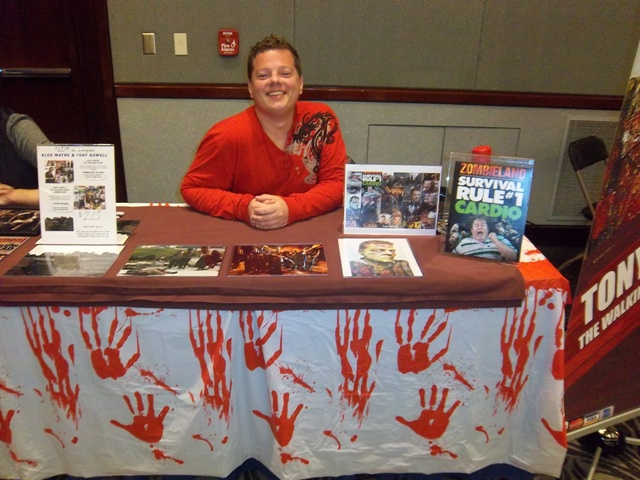 Per Matt
Tony Gowell was lucky enough to scratch an entry off his bucket-list: Performing as a Zombie in an international hit. Not once, but twice, has Tony donned the makeup to become an undead minion. First it was on the feature film Zombieland and most recently on AMC’s The Walking Dead. Tony discusses behind-the-scenes of working as a barn Zombie in the Season Two finale, as well as a couple of Season Three secrets and the true reason Amazon’s ill-fated Zombieland TV pilot was cancelled.

How did you get involved with The Walking Dead?
– “Well, I have to say, I started with the movie Zombieland. I actually know Reuben Fleischer, the director of the film. He and I were talking and I asked if I could be a Zombie in the movie. It’s always been one of my bucket-list dreams, to be a Zombie. You’ve got to take it back to 2008, 2009, Shaun of the Dead had come out and I was like, “This is the most hilarious thing, ever. How fun would it be, to be a Zombie in some kind of movie and have some ridiculous death scene?'”

“I reached out to Reuben, because I knew he was doing a Zombie film. He was like, ‘Sure.’ He put in all my contact information with the extras casting agency. Because of my relationship with Reuben, they were under the impression I was a big-wig friend of production and to treat me with royal gloves. That first day on set, I had my own dressing area, my own heater, my own PA, I was treated like royalty. Working on Zombieland, not only did I get to do print work –I was in the movie poster — but I worked in a couple of different scenes. I’m one of the Zombies in the meter maid double-tap scene. And later in the movie, I’m one of the Zombies by the control box, while the girls are lining up their shot, stuck on the amusement park ride.”

“The same casting agency got the contract for The Walking Dead. As business owners, what do you do? You go to your Rolodex of what you know works and they called everybody who was a Zombie in Zombieland and asked if they wanted to be a Zombie in this Walking Dead show. I’d been such a fan of the graphic novel that there was no way I was going to turn that down. I was a little hesitant because I weigh about 200 lbs. and I knew they were all sketched out in the graphic novel bony, thin, tall and skeletal. I was curious, going into the pre-production, what their asthetic would be. It’s really difficult to find people who look like that, who are healthy.”

“I was placed down the priority list because I’m a healthy-looking individual, but I was used in nine episodes of the show throughout Season One and Season Two. I was featured as one of the barn Zombies for Season Two. That’s definitely an opportunity not many people in the world will say that they got to do: to take part in an international-hit television show. As you’re filming these things, you don’t know how big they’re going to be. Zombieland could have been a flop. Walking Dead could have been cancelled after the first episode. We only put six in the can, before it aired, because nobody wanted to put that much money into a show that was not tested.” 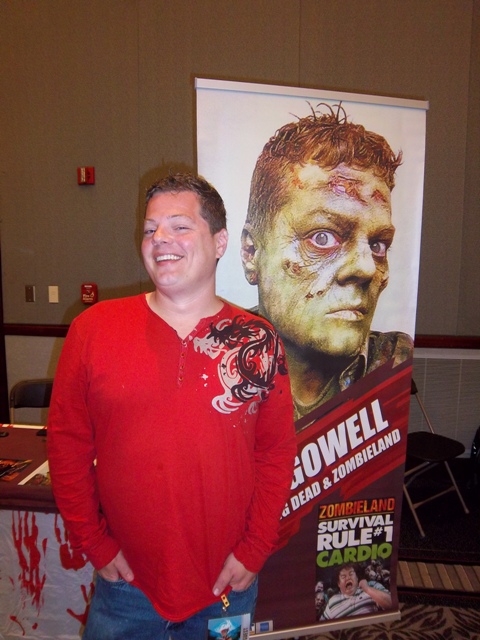 Tell me a little about working the barn scene.
– “It was hot as hell but I had a really nice cooling tent right outside the barn. But what made working on the barn scenes interesting was they were going around asking people if they liked chicken. So, when they take us into the barn, it was the scene where the Patricia character was feeding us the chickens. They were throwing these live chickens at us. It’s July in a barn that has simulated lighting in it, which is hot on its own. There is no air in this barn, because it was built to burn down, later in Season Two. It wasn’t outfitted with A/C. The hay and the feathers from the chickens were flying around.”

“One of the comical things were the makeup artists who were irritated with all of the flying particles that kept sticking to our makeup until someone realized if these Zombies are kept in a barn, they’re going to be covered in hay and feathers. They were so worried that it was obscuring their work and nobody would see it. By the end of the scene, we’re just covered in hay and feathers.”

Was it tough to keep the Season Two finale a secret?
– “The hard part was doing shows afterwards, when Madison Lintz’s character, Sophia, had already shot her death scene. Having to do conventions and not talk about it. We shot her scene toward the end of August and it didn’t air till the end of November.”

Are there any Season Three secrets you can reveal?
– “A lot of people don’t realize that the Prison is the same (The Walking Dead) production office that they work out of. They just threw a fence around it and some guard towers and called it The Prison. So, all those exterior scenes are actually looking at the AMC production offices. There’s a guard shack at the end of a road in Senoia. The farm is on a little dirt road around the corner from it, so we actually moved into the production facility for Season Two. If you’re looking at the exterior shots of The Prison, it’s actually the production facility. If they were to flip the camera around, you would see the bluff that the farm sits on.” 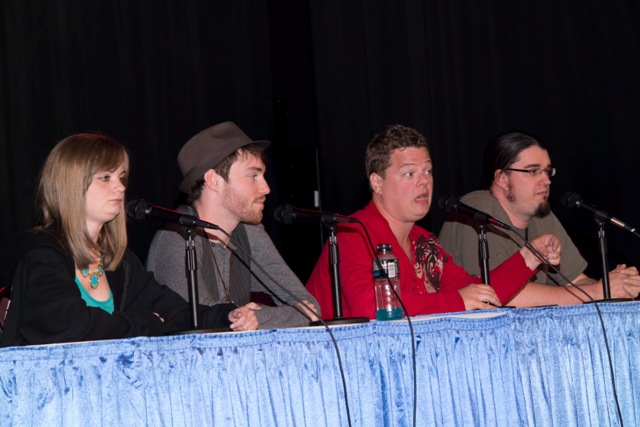 As a Zombie in both Zombieland and The Walking Dead, what’s the biggest difference?
– “In Zombieland, we were fast. It’s great to sprint, but 17 times on a rainy day? That’s painful. The movement is very different. Your background is very different. Their special-effects makeup approaches were different, that’s what makes it enjoyable. Every time you’d turn around in a mirror, it’s a new transformation. I’m really envious of people who have made careers out of creature-effect makeup — like Doug Jones — and doing really well with it, proudly saying they were these creepy creatures from Buffy the Vampire Slayer or Hellboy or Pan’s Labyrinth. Just to be able to have that type of career is certainly envious, because there’s nothing like a full-on transformation in acting than being unrecognizable when you look at yourself in the mirror.”

What did you think of the Zombieland TV pilot by Amazon?
– “It was awful. I would happily go on record to say they were disastrous in making the decision to extend the stories of the original characters of the movie. They could have come up with four unique characters that those actors could have played without having those huge shoes to fill. You can’t take no-name actors and have them play the roles that an Oscar-nominated actor has played. I don’t care who you are or what you’re doing, that’s just awful. They didn’t look anything like the original actors, they didn’t look like anything like the characters. They would’ve done better to come up with all-new characters — maybe bringing some of the old ones back as cameos. I really think Amazon missteped with that. As a result, it didn’t get picked up, due to their bad decisions.”

Other than DragonCon, will you be attending any other conventions soon?
– “As it gets closer to DragonCon, this is kind of my last show. I have to stay on top of things as they develop in the DragonCon office, because it gets busier and busier. We’re just excited to have the opportunity to travel across the country and bring stories about what it’s like to work onset and say thank you to the fans who enjoy the show and keep it growing. After DragonCon, in September, Parafest is in the New Jersey-Pennsylvania area at the Sands Bethlehem Casino. And then next spring, in California, Twisted Terror Con is in Sacramento.