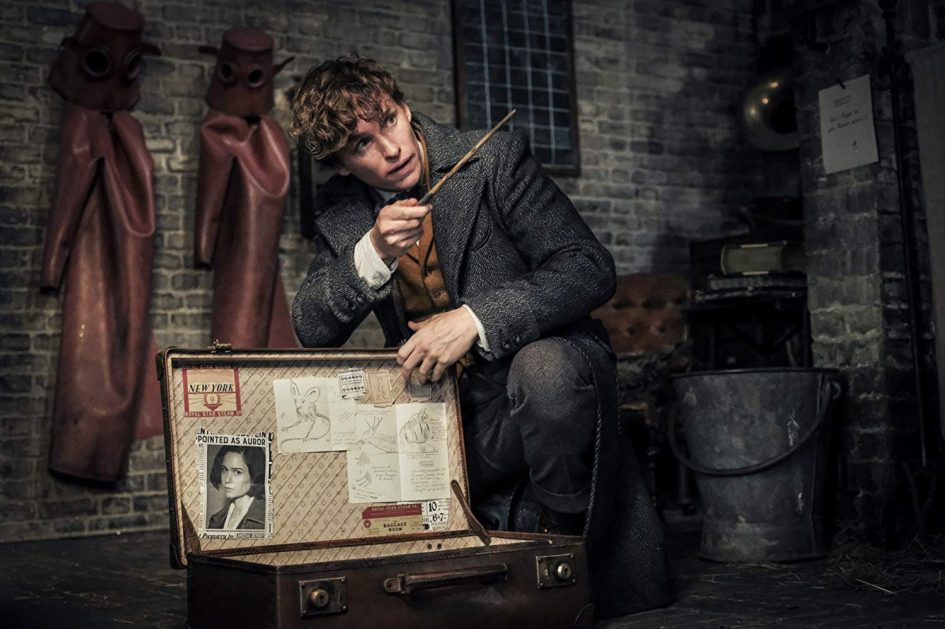 There are Harry Potter fans and there are Harry Potter FANATICS. Call me a fan. There are some who are experts and can name every single member of every famous family, and then there are those who enjoy the books and movies. Don’t get me wrong, I LOVE the Harry Potter Wizarding World, but I would be slightly above average on the HP scale. I’m in the middle where, yes, I’ve read and listened to all seven books a handful of times, and yes, I’ve watched each movie 10+ times, but I wouldn’t get into a heated argument over what type of spell to use if someone was choking (it’s Anapneo, if you’re wondering). But when I got the chance to go to a screening of the new Fantastic Beasts movie, I was all over it (thanks Matt!). 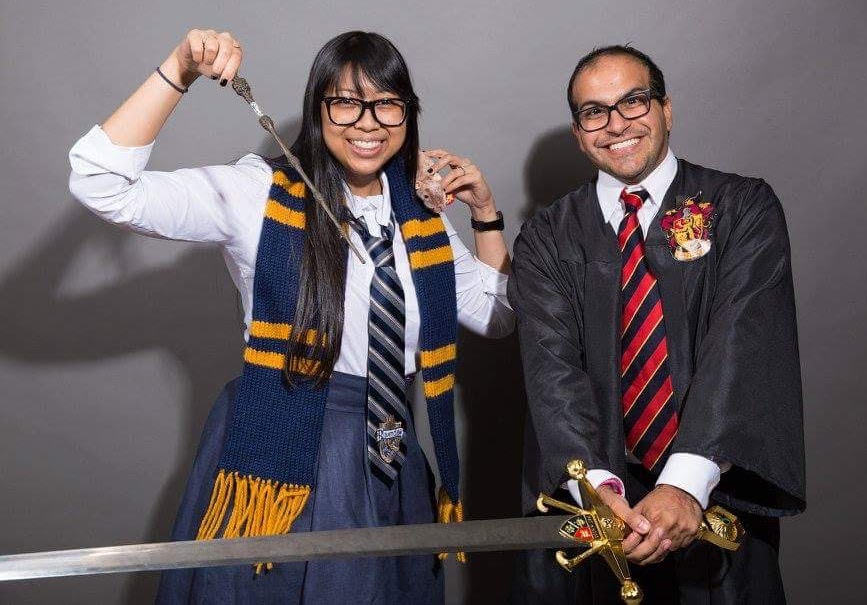 I was a fan of the first movie: Fantastic Beasts and Where to Find Them. If you haven’t seen it, do it! It takes place way before HP’s time, in the 1920s following a former Hufflepuff, Newt Scamander. Newt is a “magizoologist,” who travels to America to release a magical creature to its home in Arizona. As you can guess, things don’t always go as Newt plans. His adorable Niffler continues to break loose, as well as a handful of magical creatures. Newt teams up with a “No-Maj” or “Muggle,” Jacob, as well as an ex-Auror, Tina, and her sister, Queenie, to find these creatures. During their misadventures, Newt and his ragtag team discover an Obscurus: a dark and parasitic force that manifests when a witch or wizard represses his/her magic, terrorizing New York. Obscurus are extremely harmful to the host, as well as the world, since they are uncontrollable and usually kill the host by the age of 10. Gellert Grindelwald, in the guise of Percival Graves (a high-ranking Auror), manipulates a new character to the Wizarding World, Credence Barebone, an adopted young wizard, to find the child who hosts this Obscurus. To everyone’s surprise, Credence was the Obscurial. This shows that Credence is a powerful wizard and not a squib, like he believes. Some action happens, and in the end, we believe Credence dies with his Obscurus and Grindelwald is revealed and imprisoned. The end.

NOT. Obviously, there’s a second movie: Fantastic Beasts: The Crimes of Grindelwald

The second installment out of five takes place only three months after the first. Grindelwald escapes and heads to France to find Credence. He is set on using Credence’s Obscurus and magical powers to raise pure-blood witches and wizards to rule over all non-magical beings. Credence, on the other hand, was only looking for his biological mother and looking to find out where he came from. In an effort to foil Grindelwald’s plans, Albus Dumbledore recruits Newt Scamander to stop him, saying Newt is the only one who can.

I’m not going to go into any more details of the movie (you’ll have to go watch it yourself), but I do want to talk about the surprise ending.

At the end of the movie, Grindelwald reveals that the bird Credence was caring for was a phoenix! Repeating that the only family that phoenix birds find is the Dumbledore family. SURPRISE! Credence may actually be Aurelius Dumbledore, Albus’s lost brother. What?! This goes against all our knowledge about the Dumbledore family. We know Albus had a brother and sister, Aberforth and Ariana, so another sibling makes things complicated. Here are my theories:

There are so many things that run through my mind when I try to figure this all out. It hurts my brain.

No matter how things shake up, I am really looking forward to the next three movies. Not just to find out who Credence really is, but to find out when and how Dumbledore defeats Grindelwald (transfer of the Elder Wand!!), and what the heck is going on with Nagini. 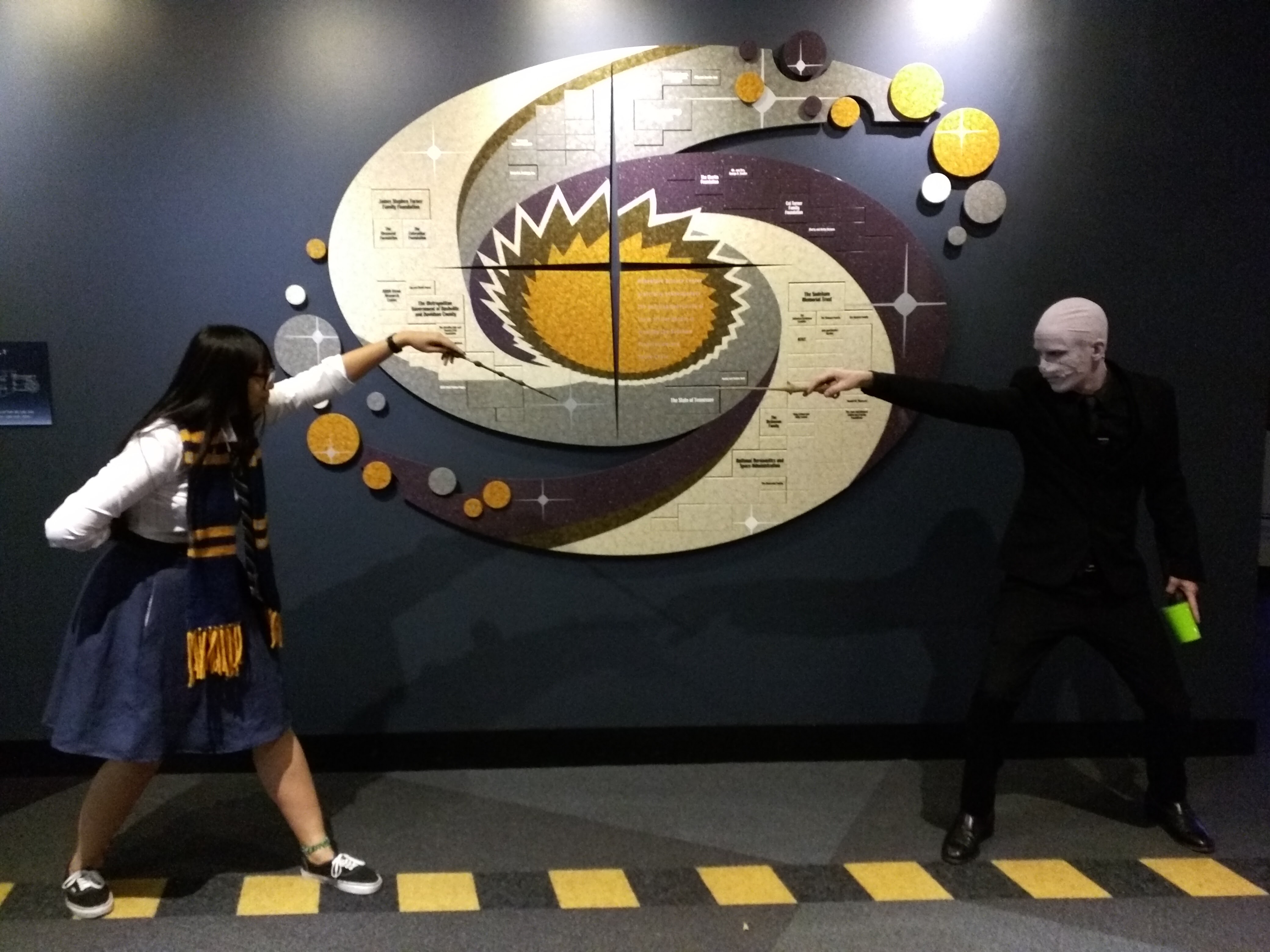