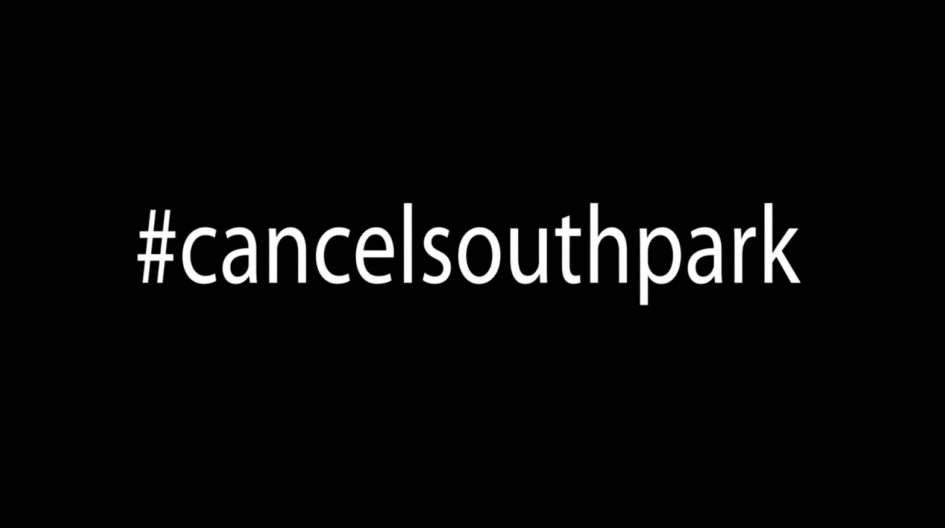 When Comedy Central advertised the 22nd season of South Park, it included the hashtag #cancelsouthpark. Was this a marketing ploy? A way to troll their fans? A cry for help from the show’s longtime creators? Or a preemptive strike against their critics and a way to seize control of the conversation?

Long-running comedy series, especially those that feature political or social commentary, are often targeted by critics as having lived past their prime. I’m not just talking about South Park, The Simpsons and Family Guy. It seems like every other year critics of Saturday Night Live will use the headline “Saturday Night Dead” to refer to the current season. While that headline is no longer original, shows like SNL can create original segments to feature biting satire because they’ve established their players and characters.

South Park has spotlighted some strong subjects in recent seasons: Online trolling last season and the political-correct culture the season before. Personally, I think the addition of PC Principal in Season 19 helped breathe new life into the show and caught the attention of critics. Of all things, I think I remember hearing a positive review of the season on NPR, which made me want to pay attention to the current episodes.

The new episodes this season have certainly stayed current. We’ve seen the show tackle school shootings, vaping, e-scooters, Twitter rants and “deniers”…in this case, deniers of ManBearPig, which is used as an allegory for climate change.

Whether or not you agree with the show’s stance, you have to appreciate it going where few other shows dare to trod.

Yes, there’s some subjects that they or others have tackled, like the “A Boy and a Priest” episode this season. However, their approach in addressing the Catholic church was entirely unique. Other issues, like the growing and distribution of marijuana or the increasing presence of e-scooters are more localized issues. But it’s pretty funny how they were featured on the show. The Halloween episode featured e-scooters cropping up all over town in a sinister way.

It was framed like a classic horror movie, featuring the invasion or presence of something that’s a bit off, like Zombies or pod people. I’m sure my friend Ben from California would appreciate the episode. He’s ranted about e-scooters clogging the sidewalks in his city out there.

The episode that stands out to me the most is “Tegridy Farms” and that’s mostly because of Randy. Also, having a musical number doesn’t hurt either…

That tune sure is catchy. I also love how Randy just throws himself into his new life as a farmer. The stunned look on his kids’ faces, after he pulls up stakes and relocates their family out to the middle of the country, is priceless. Of course, in all fairness, I’d probably have the same reaction as Stan. But watching his dad go the whole nine yards throughout the episode is hilarious. Sometimes, the best South Park episodes are not the ones that feature the kids, but the ones that feature Randy… think “Medicinal Fried Chicken.”

Speaking of the adult characters on South Park, I enjoyed the return of Al Gore. Not because I agree with his politics, but because of the Star Wars reference they used to reintroduce him. The boys find the older politician with graying hair and a beard at a bowling alley. When they call out his name, he reacts like Alec Guinness in A New Hope, “…that’s a name I’ve not heard in a long time.” So good. It also doesn’t hurt that it’s really amusing how crotchety he acts at their request to help them with the ManBearPig problem.

Having just written about Red Dead Redemption 2 in my previous article, the icing on the cake was when various South Park characters referenced the game. It never got old when someone would list the things they had to do that day and then tack on how they also had to rob a stagecoach or deal with a rival outlaw gang. Everyone would look flabbergasted, but one other person who’d played the game (usually Cartman) would pick up on it, and they’d talk about how great of a game it is.

South Park is as great as it ever was and has become even better these last three seasons — certainly more satirically poignant. It has also given itself room to grow and tell new stories. Who would’ve thought that Cartman would have gotten a girlfriend and that the relationship would have lasted more than one season?! This season, Randy still hasn’t moved his family back from the farm, and I think there’s still stories to be told there. The show is a master of its own fate and I think the #cancelsouthpark hashtag was a way for them to control the conversation.

On a final note, if you’re looking for a long-running comedy cartoon to campaign to cancel, South Park has a suggestion for you. At the end of of the third episode this season, they threw shade at one of their contemporaries. In it, Mr. Hankey is depicted like Roseanne Barr. He posts racist tweets late at night and blames it on the effects of Ambien. He is kicked off the Christmas pageant, like Roseanne was kicked off her show. He leaves town in search of a place that aligns with his outlook. He winds up in Springfield and is greeted by some of the characters considered culturally insensitive — specifically Apu. The episode ends with the hashtag #cancelthesimpsons.