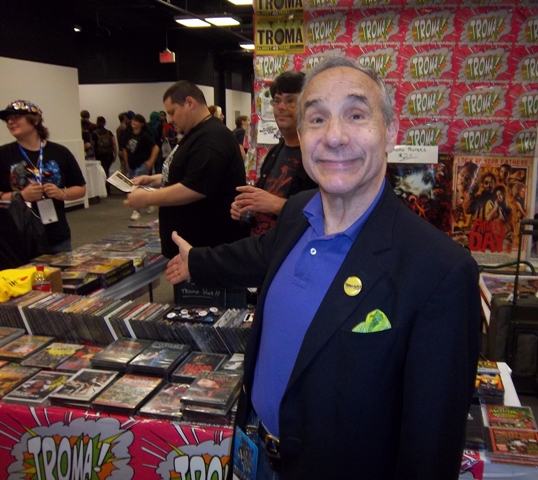 Per Matt
Lloyd Kaufman is the ultimate filmmaker.

Troma Entertainment was founded 39 years ago and is arguably the longest-running independent film studio in the country. Lloyd Kaufman has helped the company grow throughout the years in a number of roles, including actor, writer, director, producer and composer. Most notably, he is Troma’s President and the creator of The Toxic Avenger and director of a score of classic films, including Class of Nuke ‘Em High! I spoke with Mr. Kaufman at Dragon Con about his upcoming movie, Return to Nuke ‘Em High and got a quick lesson in self-promotions.

Is this Troma Entertainment’s first Dragon Con?
– “No. We’ve been coming here 30 years.”

Is there anything else you’d like to add?
– “All I know is, Zombies In My Blog has changed my life.”