The Usual Suspects Return for Get Shorty’s Second Season 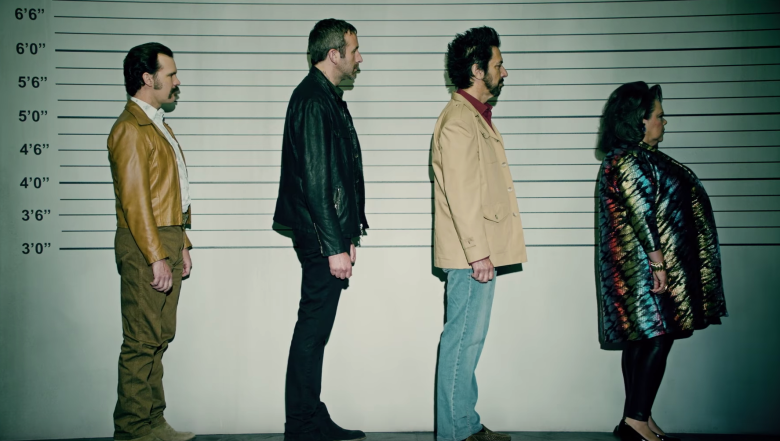 Get Shorty returns to Epix as a showbiz satire on Epix.

Per Matt
The usual suspects get in (and out of) line for Season 2 of Get Shorty. “And What Have We Learned?”

Word has spread around Hollywood that mobster-turned producer Miles Daly (Chris O’Dowd) can be very persuasive. So, while The Admiral’s Mistress gets some edits, reshoots and other production work, another project has fallen into his lap. The showbiz satire is a dark comedy adapted from Elmore Leonard’s genius source material that’s become a surprise hit for EPIX, which only ratchets up the drama for the second season of the pseudo movie-novel adaptation for television.

It’s a great peek behind the scenes of Hollywood, but it’s also a whole lot of drama.

Don’t forget the rival gangs, double crosses and complicated storylines of who’s zooming who. There’s lots of moving pieces of the storyline to follow and if you missed any point of Season 1, you really should binge those 10 episodes before moving on to Season 2. It’s not too complicated if you’re new to the series, but there’s a lot to digest. It’s easy to sum it all up by saying there was zero wasted time in this hour-long episode.

I had forgotten how much I really enjoy the drum break interstitial sound effects throughout each episode, connecting the TV show to the movie adaptation with a jazzy feel. And if you happen to turn the TV off once the end credits begin, shame on you! Throughout the first three episodes of the second season, each of the songs played over the end credits have all incredible. The music department is really outdoing themselves with each new episode!

As season premieres go, this one really offers a lot to the viewer, in terms of storylines concerning all of the main characters (as well as a few minor ones). I wasn’t exactly sure of the time jump from last year’s season finale to this episode, but it couldn’t have been much time at all.

By the conclusion, Lewis wants to change Miles for the better, fearing an ominous sign from the universe has been foreshadowed, but hardheaded Miles continues as if he won’t heed the warning, burning himself out. As a viewer, we know what will come next for the character and it isn’t anything good, whatsoever.

Like I stated before, I’ve been blown away by this series and really cannot say enough good words about it. Please check it out!