Val Documentary Gives the Glimpse of a Fallen Actor 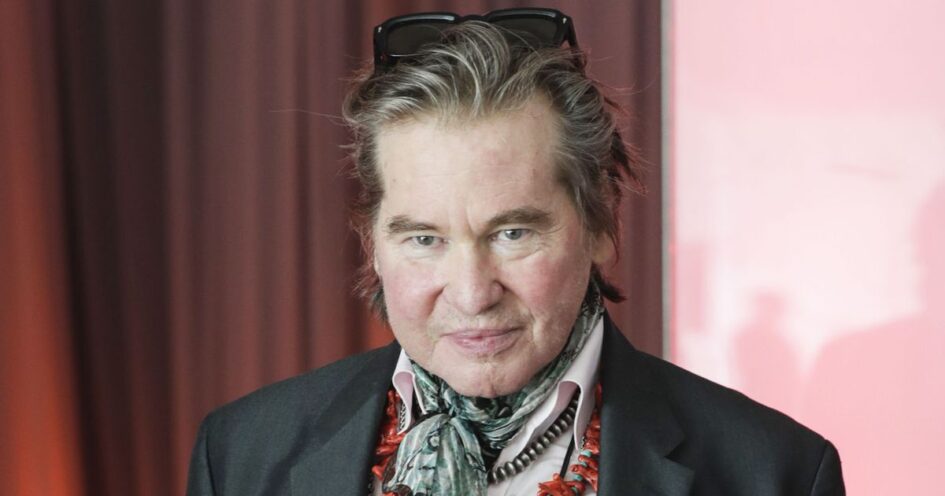 Batman is without question my favorite superhero. Out of every single character ever produced by Marvel, DC or any other comic book company, not one has come close (except maybe Venom).

Here is a man who has no superpowers. He doesn’t have great strength. He cannot fly. He can’t shoot laser beams out his eyes. All he has is money. And yet, he can stand toe to toe with the greatest villains of not only Earth, but the entire universe.

And this path to stardom did not start out of a need to be admired. His ego did not make him become Earth’s greatest protector. It came from the tragic murder of his parents. His fuel does not desire greatness. His drive is to prevent this from happening to anyone else.

Many great actors have played the Caped Crusader over the years on the big and small screens. Adam West portrayed a very campy version on the 1960s television show alongside Burt Ward. Through the magic of syndication, I was introduced to the villains of this world long before I was able to read comic books. The next iteration of the Dark Knight came through Tim Burton and Michael Keaton. For years, Keaton was the true version of Batman, with no one else even coming close.

After him, a slew of actors gave their go at the character, with the likes of George Clooney, Christian Bale and Ben Affleck donning the cape and cowl. And who could forget Kevin Conroy’s legendary voice from Batman: The Animated Series? Each of these stars have left marks on the franchise.

As you may have noticed, I left out a former A-list celebrity from this list. Val Kilmer was one of the top leading men in Hollywood for years. His acting credits prior to becoming Bruce Wayne in the 1995 film, Batman Forever, were pretty spectacular. He portrayed Iceman in Top Gun opposite Tom Cruise. He was the mercenary Madmartigan in the dark fantasy film, Willow. He received MTV Movie Award nominations for best actor in both the 1991 film, The Doors, and the 1993 film, Tombstone. With that resume, there was no cause of worry by pretty much any fan in him becoming Batman.

But after 1995, Val’s career reached its peak. He had a few major roles in the years that followed, even winning a Satellite Award for Best Supporting Actor in the 2005 film Kiss Kiss Bang Bang. But his career as a leading man in Hollywood faded. Kilmer disappeared from the limelight, becoming a background character in the films that he was able to get. The rumor around Hollywood was that Val Kilmer was incredibly difficult to work with.

The Amazon Prime documentary, Val, shows what became of Val Kilmer. Throughout his years in Hollywood, Val had recorded much of his perspective as an actor. Around 2011, Kilmer brought in Leo Scott to help take the footage and convert it into a digital format to help preserve it for ages.

Seeing a goldmine of information here, Scott and director Ting Poo convinced Val to create his own documentary of his life and times. Narrated by Val’s son, Jack, the doc shows many aspects of Kilmer’s life. From home videos of his childhood to behind-the-scenes footage, Val gives a look at the star’s life through the years.

The hardest part of watching Val is the fact that Kilmer was diagnosed with throat cancer in 2017. The battle caused damage to his vocal cords and trachea, leaving him with a raspy voice. The contrast from past Val Kilmer to today’s version is stark and stunning. As a fan of his work, seeing him unable to speak clearly or even eat without a feeding tube was painful.

With Val being a documentary created and told by the subject of the film, everything has to be taken with a grain of salt. Kilmer addresses some of the claims made in the past about his penchant for being a prima donna on sets. While he owns up to some of his faults, he also glosses over others, making it sound like incorrect perceptions were made about him.

Viewers of Val need to take this with a grain of salt, realizing that the author of the story gets to tell it the way he chooses. And Val Kilmer does a good job in deflecting much of the controversy.

If you are a fan of the actor or just want to learn more about how Hollywood worked back in the ’90s, Val is an excellent documentary to watch. I give it three out of five stars. Researching this further, I found that Kilmer has recently teamed up with a UK-based AI software group called Sonantic.

This company has been able to restore Val’s voice, using archival audio to create a model the system can use to allow him to speak again. A small clip is available on Youtube for anyone interested.

Could this be the spark to restart his career? Only time will tell.