Voltron: Defender of the Universe 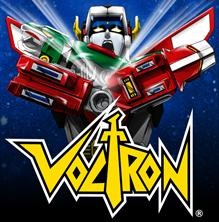 Voltron: Defender of the Universe was a highly influential ’80s anime, but how does it translate to the console generation, almost 30 years later?

As a big fan of 1980s cartoons, Voltron was a major player. I place it up there alongside He-Man and She-Ra, The Superfriends, Thundercats, The Transformers and GI Joe. So, it was inevitable that I’d purchase Voltron: Defender of the universe. This game is a downloadable arcade game, formerly available on the PlayStation Network and XBOX Live Arcade.

In the game, the player gets to choose which lion to control (Black Lion, Red Lion, Green Lion, Yellow Lion) and venture through various unidentified terrains. Each lion offers different fighting styles and weapons. The game is a twin-stick shooter and the gameplay is a little tedious, making it a grind to complete the game.

Boss levels require the multiple lions to combine, forming the super-robot, Voltron. Unfortunately, the only Voltron actions to be taken are the cheesy quick-time events. This begs the question: If you could form Voltron all along, fighting enemies, why wouldn’t you do that throughout the entire game? That is a game I’d buy on Day One!

It’s a little more enjoyable playing the game online with up to five co-op friends. But sadly, this arcade game was removed from the marketplace, due to the bankruptcy of THQ. While it is still available to play online if you can coordinate the players, the game is no longer available to be newly purchased.

The absolute highlight of the game is watching the direct footage of the anime between levels of gameplay. Also included is the actual soundtrack and voice actors of the cartoon, which give the game huge bonus points for great nostalgia. Segments from episodes The Missing Key, Voltron vs. Voltron and Zarkon Becomes a Robeast were used from the TV show.

Strength: Nostalgia in the animation clips.
Weakness: Gameplay is a tad tedious.
WTF Moment: At one point in the game, the Blue Lion pilot changes, from Sven to Allura!