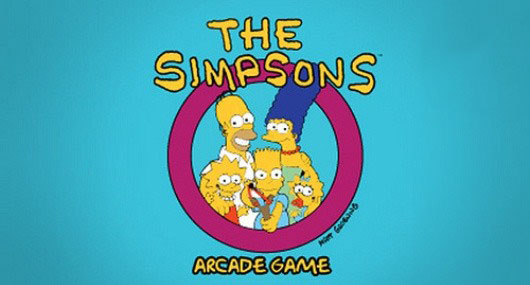 What happens when Homer, Bart, Marge and Lisa team up to rescue the kidnapped baby, Maggie?

When it comes to four-player retro arcade games — meaning actual game cabinets usually found in a shopping mall arcade — there were only a few games I was missing from this current console generation. My original list included Teenage Mutant Ninja Turtles 1989 Arcade, X-Men Arcade and to a lesser extent, TMNT: Turtles in Time Re-Shelled. As if Konami heard my pleas, the game publisher recently released The Simpsons Arcade Game, which was the game I longed for the most.

As a superfan of The Simpsons, this game holds a special place in my heart. It was the very first video game based on the TV show (now in its 24th Season) and one I fondly remember in the final days of my hometown mall’s arcade. It was incredibly fun to team up with another person and attack the evil minions of Waylon Smithers and Mr. Burns, something that was quite rare back in the day.

The recently released Simpsons Arcade Game is available as a download on the PlayStation Network and XBOX Live Arcade. It has retained its original charm and is still quite fun to play. While tough at some parts, it is beatable, with a little strategy. Featuring original voice actors (Dan Castellaneta, Julie Kavner, Nancy Cartwright and Yeardley Smith), the game offers online multiplayer, with up to four co-op players (online and local) playing simultaneously. Two characters can team up for a team attack, fighting enemies together.

Overall, the game is quick and fun. And recently, it was offered at a half-off discounted price on the XBOX Live Arcade. Added Easter Eggs include the ability to unlock the Japanese game mode, as well as “historic” 1991 promotional tools for the original arcade game cabinet.

Strength: All of the original game’s charm.
Weakness: No graphical updates (not that they were needed).
WTF Moment: During the Post Credits scene, Homer tosses the priceless diamond formerly in Maggie’s possession.