We Happy Few Offers a New Level of Creepiness 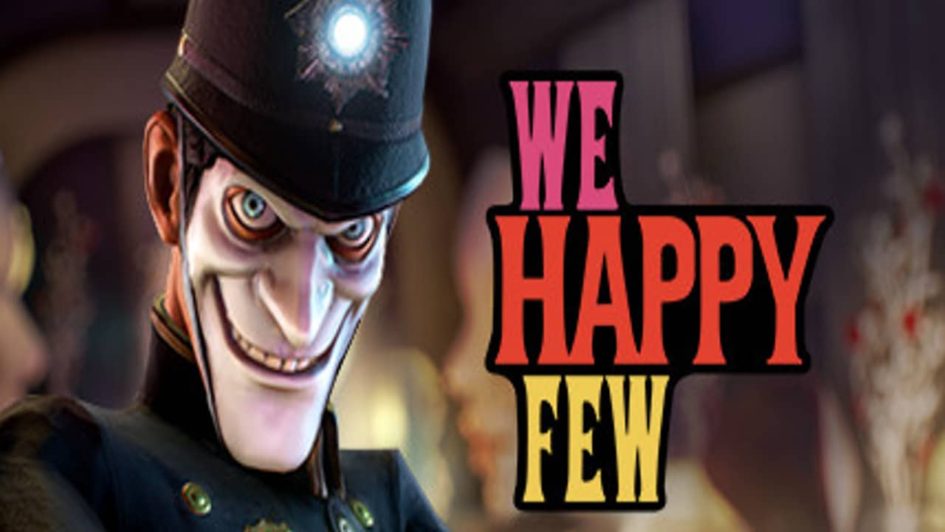 Let’s face it: Life is stressful. Each day, most of us wake up, get dressed and head out to face the world. We either go to a job and work eight or more hours to make ends meet, or we head out to school in order to get ready to someday go out and get that job we want. Then, when work is over, some of us have other responsibilities, whether that is being a family man or going to a second job or even doing our “honey do” list at home. It can break even the strongest of us down sometimes.

Sometimes, you just say, “Can I not get a little joy?”

Luckily, the new game, We Happy Few, from Compulsion Games and Gearbox Publishing swoops in an says, “Why, yes you can!” and hands you a pill of Joy!

I have to say that I have been waiting for a chance to play We Happy Few for several months now. I saw it when it showed up on Steam in Early Access availability, and thought it looked interesting, but wanted to hold off until some of the bugs of Early Access had been worked out. I saw a few gamers playing it on Twitch and saw a couple of early reviews, and there were some issues with it that I thought would detract from the game for me. 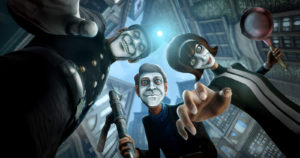 We Happy Few released on August 10th in its full form. The game takes place in the fictional town of Wellington Wells in 1960s, post-World War II England. According to this timeline, the United States did not enter the war, which allowed Germany to defeat England and take over the country. At some point, the citizens of Wellington Wells did something that was remembered as the “Very Bad Thing,” which pleased the Germans enough to leave the town voluntarily. The “Very Bad Thing” was so reprehensible, however, that the people who remained became depressed and guilt ridden. The people sought out a new drug to help them cope with the pain.

In this alternative history, the drug of choice is called Joy, which brings on relative happiness and shields the user from the “less than joyful” world. People who use Joy see a very colorful world where almost everything is quaint and problems just do not exist. However, on the other side of the token, are the “downers.” These people refuse to take their Joy, and thus see the world for what it truly is: a rather bleak shell that has been decimated by war. In this world, being a “downer” is a crime, and the people of Wellington Wells do not take kindly to people who want to break their high.

You start the game as Arthur Hastings. Arthur’s job in Welling Wells is that of a redactor, where he spends his days going through news articles, approving or removing them from history. One day he decides to not take his Joy, and starts having a rush of memories related to his missing brother, Percy. Attacked for being a downer, Arthur escapes and becomes determined to find out what happened to Percy.

Later in the game, you become Sally Boyle, the chemist responsible for a new version of Joy that is being developed and childhood friend of Arthur. Sally wants to escape from Wellington Wells, as she has given birth to the first child in 15 years in the town, Gwen, and fears for her safety. Players also have the chance to play Ollie Starkey, a former British Army solider who is haunted by the hallucinations of his daughter, Margaret.

This game is simply beautiful to play, regardless if you take your Joy or not. But being beautiful does not change the fact that this is a survival game, in which you have to manage everything from food and water to what kind of clothing you wear, as to not attract unwanted attention. While the game does allow you to restore from save points should you die, there is an added mode which allows you only one life to live. I tend to like that option, as it adds a whole new level and meaning to the survival genre.

The people in the game are about as creepy as you will find. The voice acting fits every single character perfectly. Joy addicts have this sorta “passive aggressive” drugged-out sound to their speech, while “downers” just sound like they have given up on life and are either sad or angry. The character design pulls you in, as well. The smiles of the Joy users just haunt your dreams.

All of these, coupled with an upcoming “Season Pass,” which will add more levels to the game, leave me with no choice but to give We Happy Few a perfect five out of five stars. More gaming companies should take a note out of Compulsion Games’ book, when it comes to game design.

The game is available on PC, Xbox and PlayStation now.