We Put The Spring In Springfield Interview: Will Larche 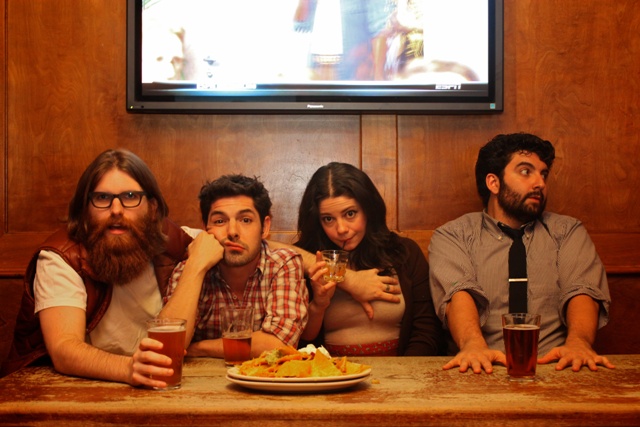 Per Matt
We Put the Spring in Springfield is a musical revue created by 3 Nerds and a Girl Productions highlighting music and songs from The Simpsons. There’s plenty of songs to choose from, because the TV show is entering its 25th year on FOX Broadcasting Company. Will Larche reveals how the group was formed, discusses performing for writers of The Simpsons and previews participating as special guests in the official Simpsons panel at 2013 San Diego Comic-Con.

Please tell me a little about yourself. What’s your background?
– “My name is Will Larche. I made all the musical arrangements and conceived the show with Shannon Amiry. We also perform in the show (I’m the guy with the beard at the piano) with Douglas Goodhart and Anthony Napoletano (who also choreographed the show.) We all went to college together at The Boston Conservatory where we also met our Director, JT Ross.”

How did the group get together and decide to sing Simpsons songs?
– “I had had the idea to make a musical revue out of these songs for YEARS, but didn’t pull the trigger until a few years ago. I called Shannon and said, ‘I’ll figure out how to play them and we’ll decide how to make a show out of it.’ She said, ‘Shut up, Becky!'”

How long has the group been performing Simpsons tunes?
– “Three years now, but things have really taken off this year!”

How would you describe your group? Is it old-timey? Or something else?
– “We are a four actors, a piano and a ukulele, performing 69 songs from The Simpsons in 50 minutes. It’s a good old-timey musical revue with the best-loved songs ever on television.”

Just from the promo clip, I recognize the songs and love the comedy. Looks like a good start.
– “Haha. Thanks. Honestly, it’s our favorite thing to do, in the entire world. We are so lucky to have these amazing songs. Audiences go insane sometimes! Especially when they hear something they completely forgot about… Plus, I think my castmates are the funniest people on Earth.”

What’s the most requested song?
– “Who Needs The Kwik-e-mart? Without a doubt. And we almost didn’t put it in the show! Good thing we did, because it turns out, people love it! Who knew?” 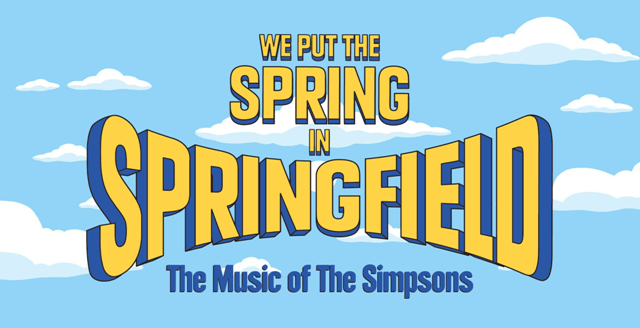 Are there any songs you won’t sing, from the show?
– “The Simpsons have had over 150 original songs in the past 25 years, so we had to pick. We played with them all and figured out which ones best work in the imaginary world of the stage.”

Are there any songs you’d like to sing, but haven’t worked into the show?
– “There’s a Kim Jong Il: The Musical that they did in I think Season 22 that contains a hilarious song we haven’t had a space for:
K is for Korea, just the North Part
I is for the Internet he banned
M is for the millions that are missing
J is for our human-flavored jam…”

How would you describe the show?
– “A fast-paced, hilarious musical revue of 69 songs from 25 years, in 50 minutes. Whether you’ve seen one episode or them all, you’ll love seeing all your favorites from Chimpan-A to Chimpan-Z! (Do I sound like I just fell out of “Bart Carny”!?)”

Cramming 25 years of songs into 50 minutes seems ominous. How do you decide which songs are chosen?
– “Well, you’d be surprised how much we are actually able to get thru, in 50 minutes! Sixty nine songs is a LOT. A usual musical (that’s 2.5 hours) has about 25, but we knew we had to focus. We decided to keep it mostly a nostalgia trip: Seasons 1-10 are featured more than any others. But we have a song from probably every season. We recently hung out with former-Simpsons writer Jeff Martin and found out that he wrote probably 25 percent of the songs we do! Longtime Simpsons musical genius Alf Clauson probably wrote another 70 percent and then the last five percent is by all sorts of amazing people (including Michael Jackson and Stephen Sondheim!).”

What’s the subject matter to some of your songs?
– “We begin with ‘The Simpsons’ and end with ‘We Put The Spring In Springfield.’ In between we do all of “Oh, Streetcar!” a country-western medley, a political medley, something we call 22 Short Songs About Springfield and a TON more. It’s a full evening.”

Will there be any cosplay involved, since you’ll be at San Diego Comic-Con?
– “The most cosplay we have is two hats., hahaha. The rest is in the mind.”

How did your group get invited to the official Simpsons SDCC 2013 panel? Just trying to get the inside information.
– “Hahaha. We have no secret info. No one works for the show. We all have day jobs back in NYC. (I’m an iPhone developer!) BUT we have been so lucky to have some of the producers and writers come see the show in NYC. One of them gave Al Jean (show-runner) and Matt Groening (creator) a DVD of our performance and they invited us! It’s a huge deal that we are very grateful for.”

What topics did your panel discuss at last year’s SDCC?
– “Ach! We weren’t there last year, so we don’t know. Chances are it was hilarious and they showed clips.”

What topics will your panel discuss at this year’s SDCC?
– “This year Guillermo Del Toro will be there showing a clip of The Simpsons’ episode that he directed! I think that’s so amazing. He’s one of the most creative people on the planet.” 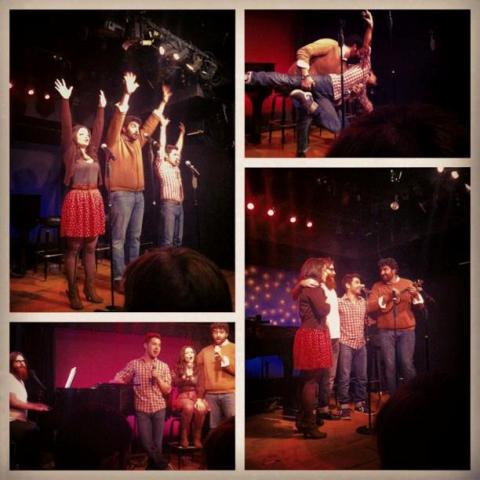 Did you have to get permission to sing concerts of Simpsons songs?
– “The producers have been so generous to us. They know that we are ultimate Simpsons fans and that this show is an homage to them, a way for us to thank them for making us laugh from the time we were kids.”

One of my all-time favorite episodes concerns the Monorail. Have you performed for Conan?
– “We didn’t BUT WE’D LOVE TO, COCO!!!!”

Will anyone from The Simpsons be making surprise appearances at your SDCC performances?
– “Haha. You’ll have to come to find out!”

I’m guessing everybody in the group loves The Simpsons. Who’s your favorite character?
– “I love the Sea Captain. He’s hilarious and evidently gay at sea. What a catch! (get it?)”

Do you have a favorite episode?
– “Without a doubt: The Last Tap Dance In Springfield where Lisa learns to tap dance from Lil’ Vicki. It’s like a window into my acting training.”

Does your group have any other themed performances? Or is The Simpsons the only one?
– “We are dedicated to The Simpsons whole-heartedly!”

Is there anything else you’d like to add?
– “Just that the best way to beat Simpsons fever is to take two tickets and call me in the morning. (Warning: tickets should not be taken internally.)”